Add valuable reconnaissance ability to your Imperial Japanese army with the latest resin vehicle to be added to our Bolt Action vehicle range – the Type 95 Kurogane scout car: 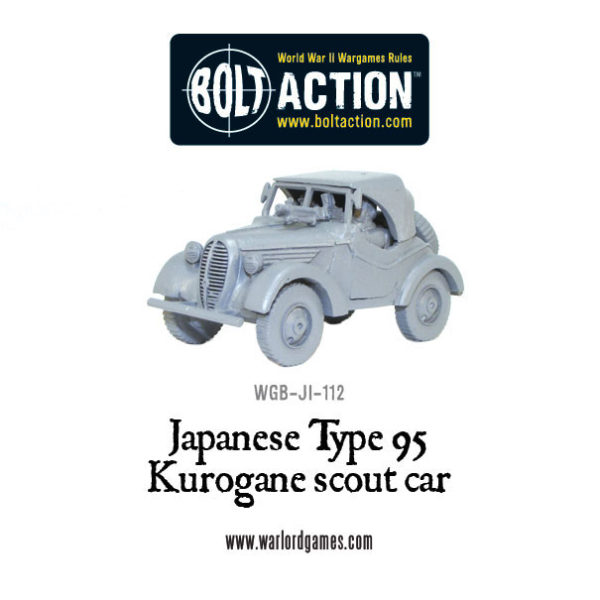 The Type 95 Scout Car was the Japanese military’s equivalent to the American Jeep or Soviet GAZ-67 light vehicles. Commonly known as the Kurogane (Black Metal in Japanese), the Type 95 was developed after Japanese experiences in the Manchurian region of northeastern China had revealed the need for a small fast scout car capable of operating on the edge of the battlefield.

The Type 95 could carry three people – two in the front and one in the back and was the only Japanese-produced vehicle of its kind used by the Japanese Army before and during World War II, most others being based on civilian designs. Built in closed cab, truck and convertible versions, the Type 95 was light and rather under-powered but proved an excellent vehicle for operations in northern China where it coped well with the local temperatures and its air-cooled engine was not reliant on the limited supplies of unpolluted water to be found in the region. It’s 4×4 nature was unusual for a car of this size and it had extremely good fuel economy. About 4,800 were built by between 1934 and 1945. 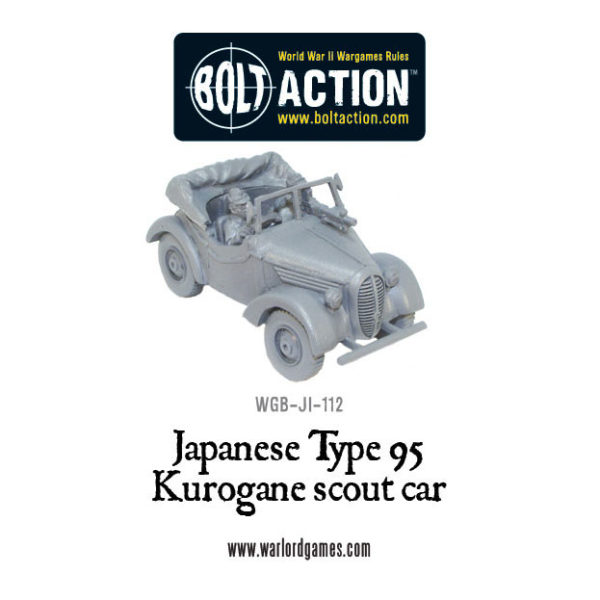 Our model comes with both a raised and lowered canopy, giving you the choice of which to use. Supplied with two metal crew, the passenger has his Type 99 light machine gun placed through the open windscreen in front of him, ready to deal with any troublesome opposition. 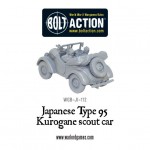 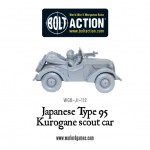 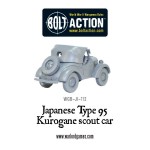 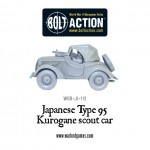 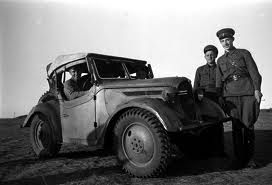