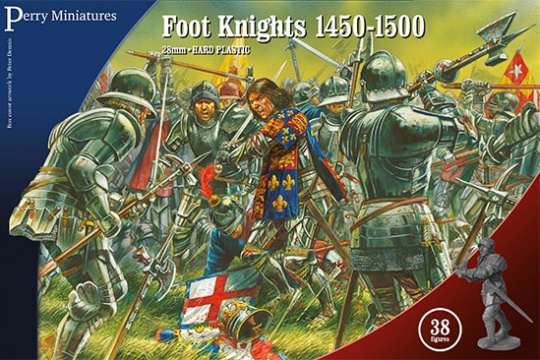 The fully armoured Knight or Man at Arms formed the backbone of all European medieval armies, often fighting on foot when the need arose. 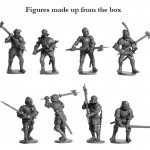 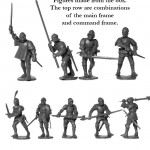 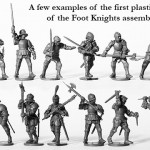 This box builds 38 armoured men, with weapon options including poleaxes, pole hammers, single-handed and hand and a half swords. They can be used for the armies of England, France, Burgundy, Italy and the Holy Roman Empire, as well as Scandinavian countries of the period. 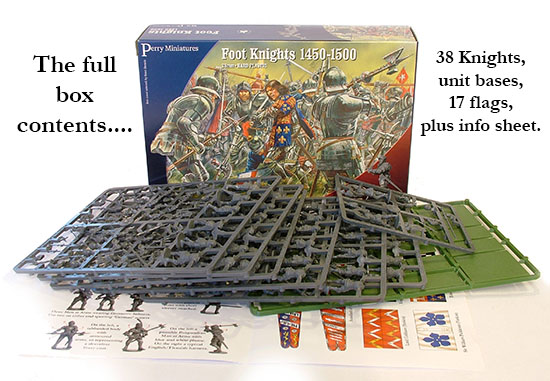 The Foot Knights go perfectly with the Mounted Men-at-Arms: 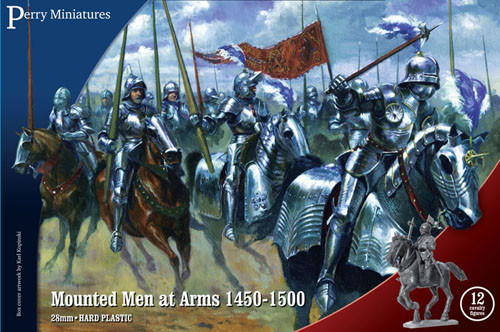