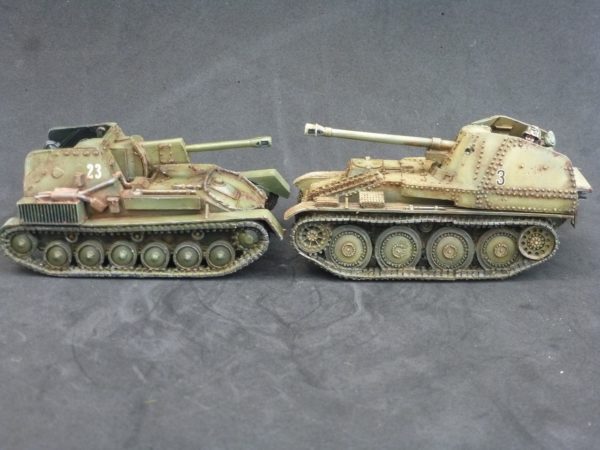 Andy: Today I’m looking at two light-weight self-propelled guns of the German and Russian armies. The Russian Su-76, and the German Marder III.
Both these vehicles share a very similar development path, but were used in different ways historically. I’ll give brief mention to these, then say more about each vehicle in Bolt Action, and how you can incorporate them into your games. 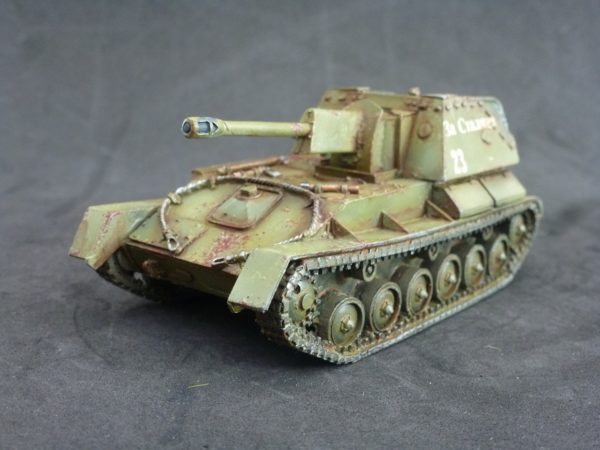 The Su-76 was developed in 1942, and issued in that same year. The vehicle was designed to be a simple, rugged piece of mobile artillery support, and fielded the same Zis-3 76mm gun as was fielded in vast numbers in the Russian military. Despite having thin armour, the vehicle was the second most produced vehicle in the Red Army, and was capable of destroying all German light and medium armour (Panther from the side…). Su76’s served everywhere the Red Army fought during the Second World War. 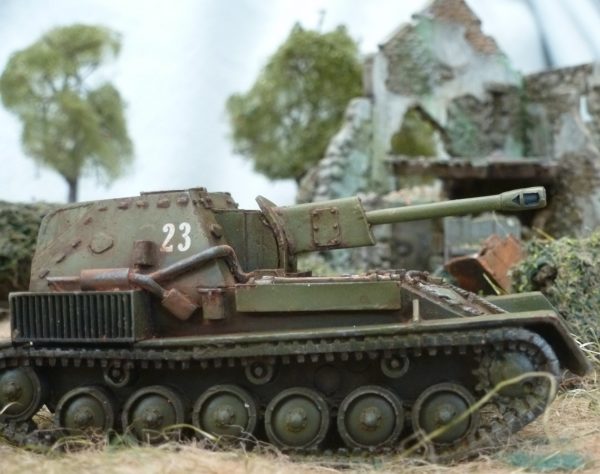 The SU-76 is an interesting vehicle for gaming purposes. Weighing in at 115 points at regular, you get a light howitzer in an armour 8+ fully tracked chassis. For an extra 10 points you can upgrade the SU—76 to fire as a medium anti-tank when attacking opposing vehicles. This gives an extremely useful and versatile weapon, as it allows you to engage most targets and at least place pins on them.
It’s worth remembering that you can fire a howitzer indirectly too if you wish, and this can sometimes improve your to hit roll when firing at hidden or dug in targets. With the +2 pen of D6 HE when firing at enemy troops you can really do some damage to even veteran units with some lucky rolling. 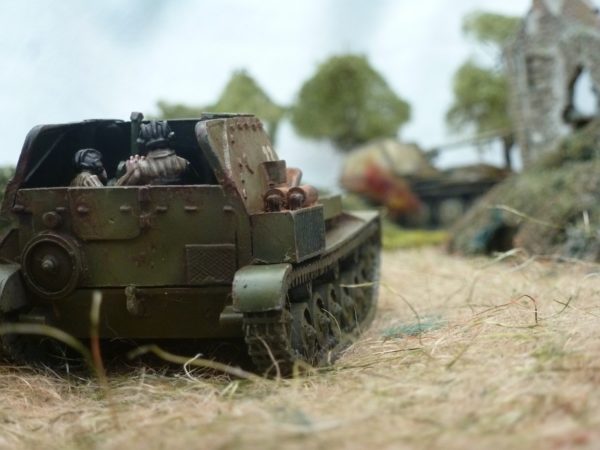 When firing armour piercing using the upgraded rounds you have a pen of +5 which is sufficient to put pins on even super heavy armour, and with the right combination of luck and dice rolling you can potentially kill any vehicle in the game.
Unfortunately, the SU-76’s armour is so weak that nearly any incoming heavy weapons fire can destroy it, and being open topped even infantry can put pins on the SU-76. Only having the one weapon system too means that the SU-76 is very prone to the dice gods’ whims.

As well as having a good gun, the SU-76 is cheap. It can be so cheap in fact that with your opponent’s permission and playing a late war theatre selector you can have one for free! Even at 125 points for an upgraded one, fitting two into a list with two platoons can give you a nice edge, forcing your opponent to split their fire and allowing you to have twice the odds of getting hits on a juicy target. Just keep them together so they can support one another. 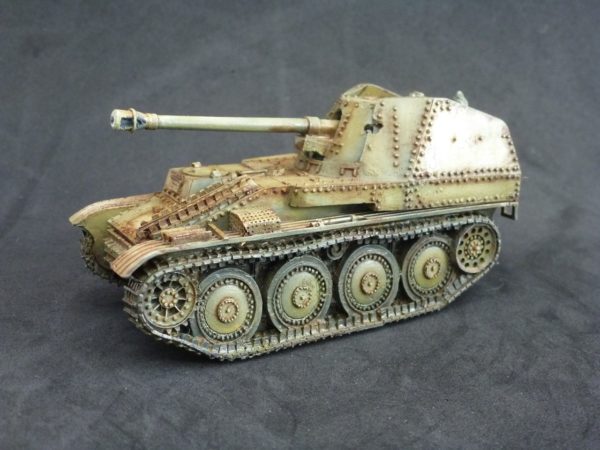 The Marder III was developed as a stop gap measure initially developed in 1942, to provide the anti-tank battalions of Panzer divisions with a mobile gun capable of stopping the new Russian Armour the Germans had encountered, including the T-34. The vehicle packed (PAKed?) a high velocity 75mm gun, and carried a machine gun for the crew to defend themselves against infantry.
Marder IIIs were used right to the end of the war and served in every theatre the German military deployed. Well-hidden and carefully camouflaged the vehicle served the Germans well as they went to the defensive. 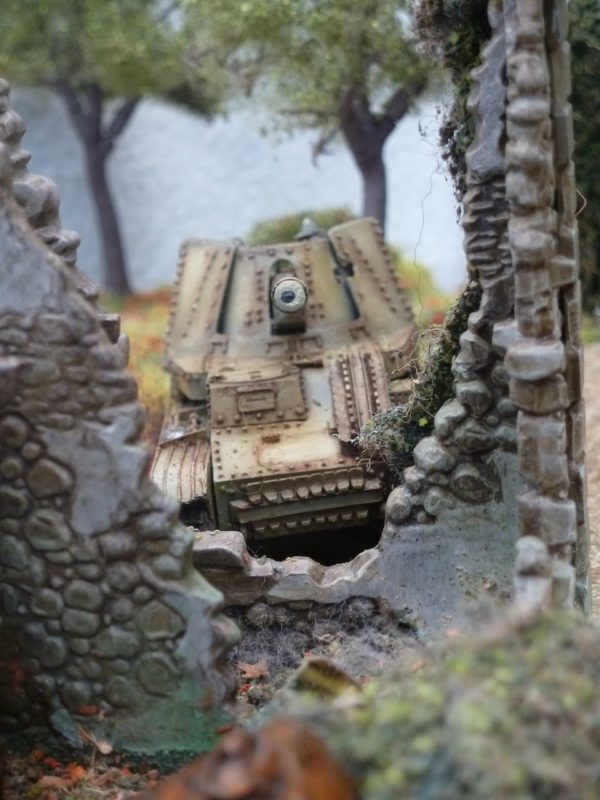 For 165 points at Regular you get a tracked, armour 7+ open topped heavy anti-tank gun with a pintle mounted MMG and a heavy anti-tank gun.
Tactically, the Marder III is pure vehicle killing capability. Its gun has an extremely long range, so it’s rare to be firing It with range penalties in effect. As such even heavy and super heavy vehicles need to treat your gun with respect.
Unfortunately being open topped and only 7+ armour means anyone with a a heavy weapon can hurt you, so the best way to use the Marder is to think of it as an Anti-Tank gun that can move easily, rather than as a rompy stompy tank. 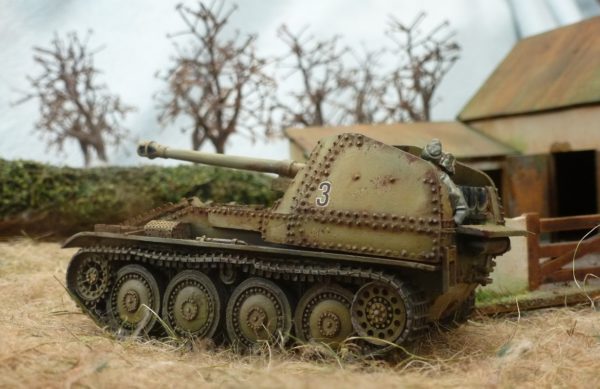 Therefore, you should take a bit of care in positing your Marder. Use it to deny areas to the enemy and channel opposing armour, as they will be very careful to avoid your gun. At 165 points it’s not too big a pill to swallow, especially when compared to a static heavy anti-tank gun.
The pintle machine gun can be useful for providing pins, and I’ve probably used the machine gun as many times as the main gun. The drawback to this though is you can fire either the AT gun, or the machine gun, but not both, sadly. 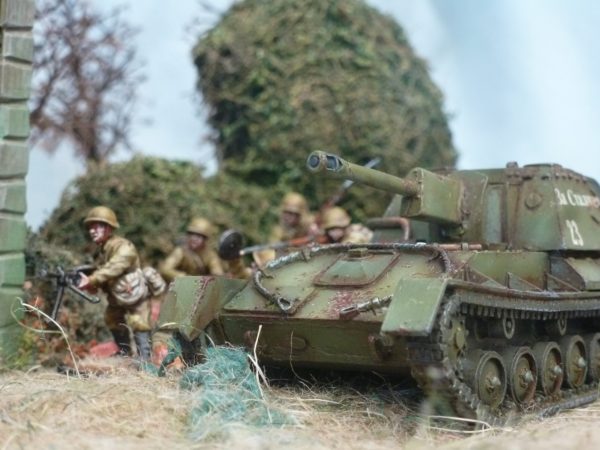 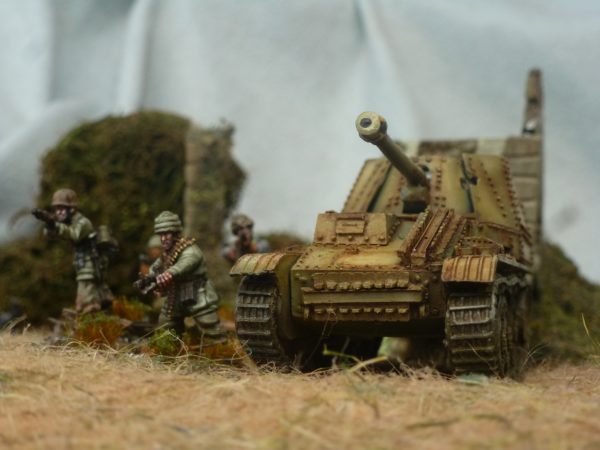 Both these vehicles are superficially quite similar, however they fulfil very different roles. The Su-76 is a good infantry support unit that can shell enemy troops, and is cheap enough to be no loss if destroyed or pinned to oblivion. The Marder on the other hand is a deadly tank killer, but needs to operate using its range and stealthy size to get the best use. Of course though, the main reason for using these models is that they look awesome, and with their open topped crew compartments have a really strong character to them as well. 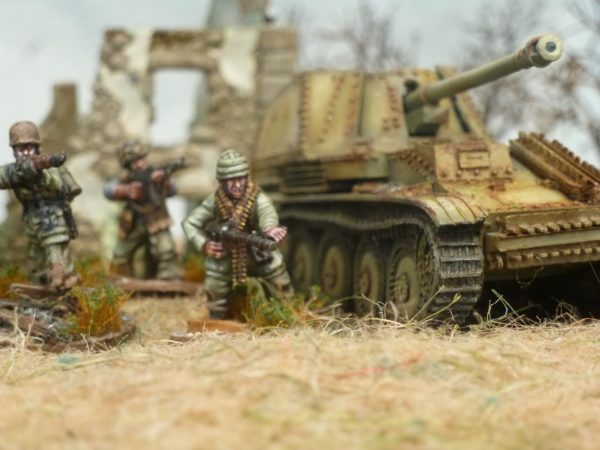 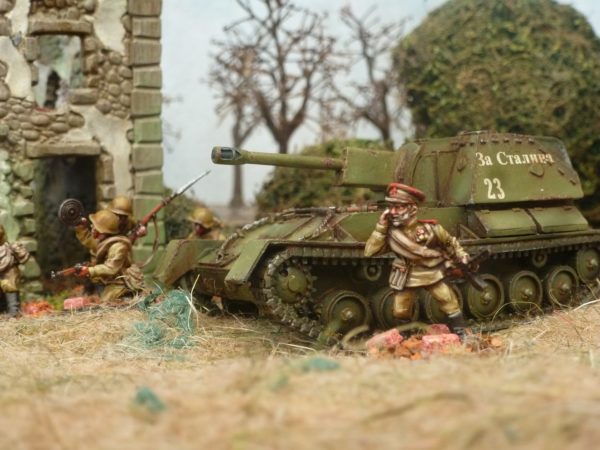 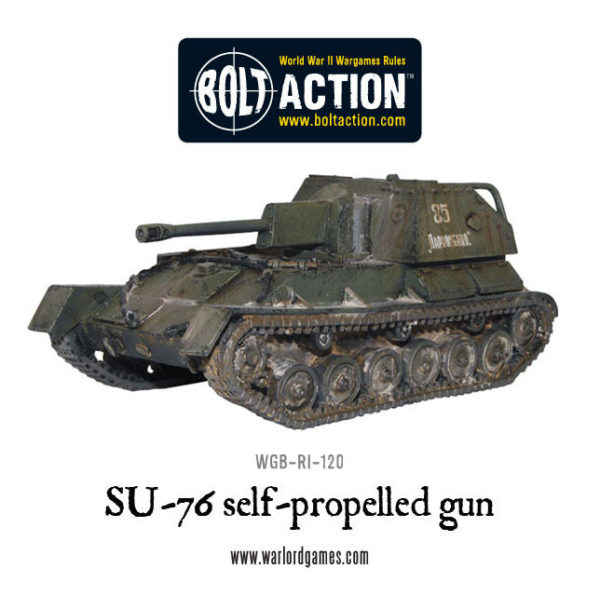 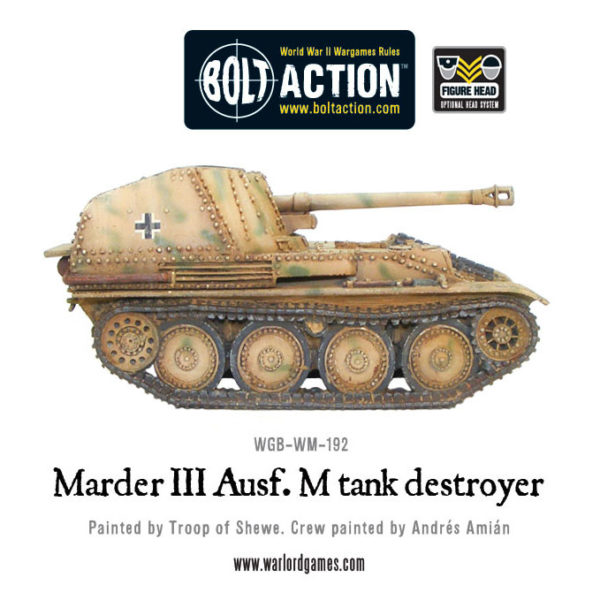