Ship Focus: F-Lighters in the Mediterranean

The small harbours of North Africa were impassable to larger merchantmen. Enter the F-Lighter, half landing craft, half gunboat.

“An MFP could hold its own with a destroyer, let alone a PT which had nothing more powerful than a 20-mm machine gun to shoot with.” – Samuel Eliot Morison

The Marinefährprahm (Naval ferry barge, F-Lighter to the Royal Navy), was adopted by the Kriegsmarine in the Mediterranean to give them access to smaller harbours like Derna and Bardia.

Utilising the experience gained during the aborted invasion of the British Isles with Operation Sea Lion, the F-Lighter was designed as a specialised landing vessel, designed to transport armoured vehicles or other cargo, while also acting as an escort for other slow and unprotected transports.

An up-armoured F-Lighter, somewhere in the Mediterranean. You can see the twin-barreled 20mm cannons amidships, with the shadow of a larger calibre gun towards the stern.

In the Mediterranean, these makeshift gunboats proved to be more than a match for the Royal Navy’s fleet of torpedo boats. With its low profile and shallow draft, it proved to be a very tricky target – practically immune to torpedo attack, and armoured well enough to shrug off small arms fire.

Due to a lack of conventional shipping, the German Afrika Korps were forced to use these lighters to transport cargo and provide close protection all the way through the North African campaign and during the evacuation of Sicily following the success of the Allied Operation Husky.

“As Allen gave the order to open fire on the new arrivals, three Flak-lighters were illuminated. Two of the craft never had a chance to return fire, luckily, for they were both hit on the first salvo from the three LCGs and were immediately cast in a grand fireworks display of exploding ammunition.

But these escort lighters were not to be taken lightly, as was soon discovered when the third craft began to pour a tremendous volume of fire in the direction of the attack group. Shells of 20mm, 40mm and 88 mm rained about the LCGs, at which point Commander Allan ordered PT-218 to make a run on the Flak-lighter in order to draw its fire away from the slower LCGs.” – taken from United States PT Boats of World War II in Action by Frank D. Johnson. 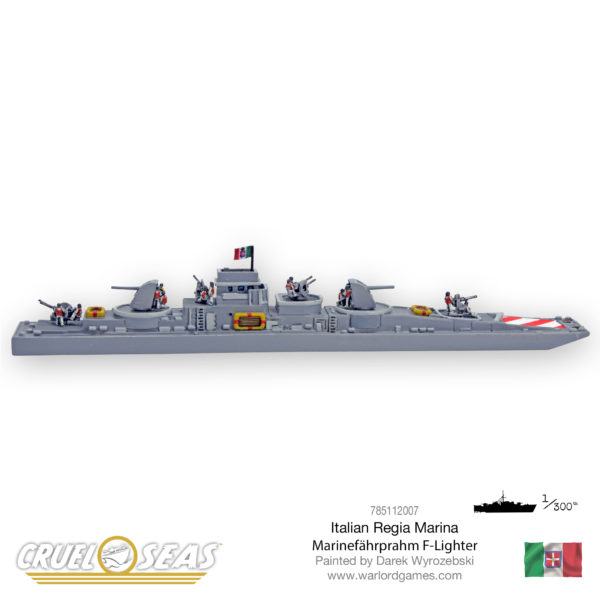 Taking on an F-Lighter at close range in a fragile PT boat was a mammoth task, as we can see from the exploits of Captain Allan, above. The Allies answer was to modify a British-built LCT landing craft with a pair of 4.7in guns, manned by Royal Marine gunners, which made it more than a match for the German and Italian F-Lighters.

The F-Lighter in Cruel Seas

What a beast! Just about every type of gun mounted on a Kriegsmarine coastal craft on a single platform. Woe betide any Vosper or PT-Boat that gets close enough to receive a full broadside!

Its slow speed means it won’t be winning any races, but it can lurk around in the rear of your fast-moving S-Boats, providing fire support where needed.

Allied players should think about adding some Fairmile D “Dog Boats” or an LCG to their roster if they’re expecting to go up against the fearsome F-Lighter.

Have you thought about using these ships as landing craft for an assault on Malta or the North African coastline? Escorted by fast-moving S-Boats, the F-Lighters will carry your Bolt Action force across the Mediterranean and into battle! Try playing Scenario 7 – Invasion (pg. 43) from the Cruel Seas book, followed up by Envelopment (pg. 140). To transport troops use either a Sieble ferry or a stripped back F-Lighter – for the F-lighter reduce its point value by 30pts and remove the 88mm guns. Both ferries can transport up to 3 Bolt Action order dice. Any Ships that don’t make it to the invasion beach won’t be able unload their Bolt Action Order Dice (and therefore the Bolt Action units) until the end of Turn 2 in your Bolt Action Beach Assault battle.

If you’re looking to add some extra detail to your ships, we’re releasing packs of crew figures to add to your ships! Keep your eyes peeled for extra weapons packs on the horizon! 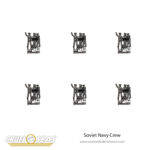 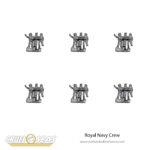 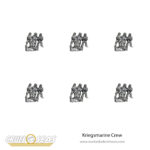 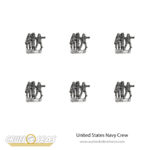 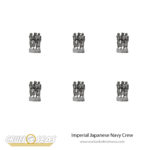 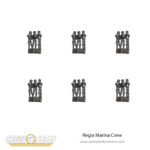