Our casting supremo Pete Hely has been working hard to get his Italian Army ready for the invasion of Egypt!

Pete’s Italian Army has been in the works for some months now. You might have caught a glimpse of his Sahariana squadron when we featured it over the summer. This time, we’re taking a look at some of the other elements of his force! 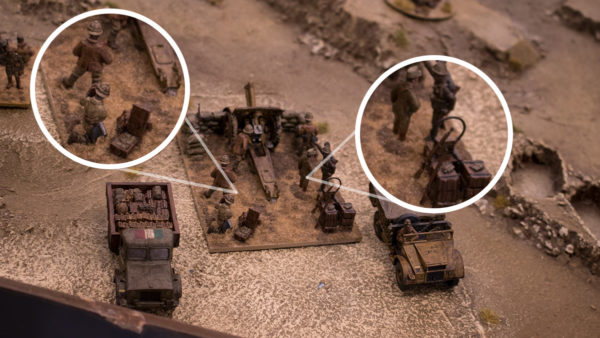 This light howitzer has been taken to the next level with a custom-built sandbag emplacement and a whole swathe of extra details on the base. Pete’s added the crew’s personal weapons along with some water carriers and ammunition to bring this mini-diorama to life. 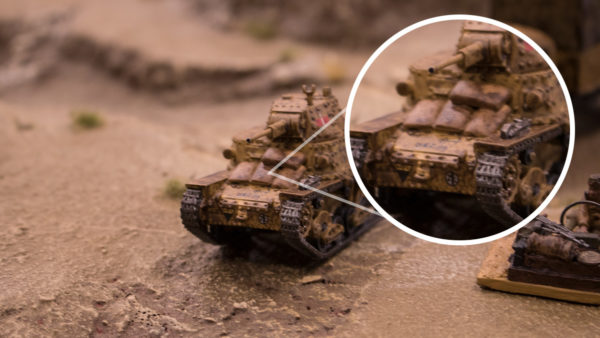 Pete’s accessorised the upper glacis of this M11/39 medium tank by adding some custom sculpted sandbags. 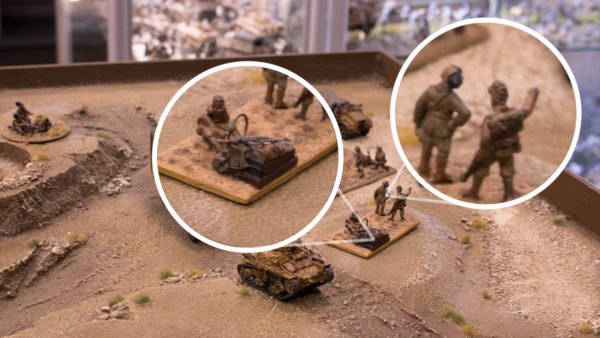 Preparing is half the battle – one soldier is looking at his ammunition cache whilst the other two plan a route. Pete put in a lot of effort to tell a story that isn’t just about the battle! 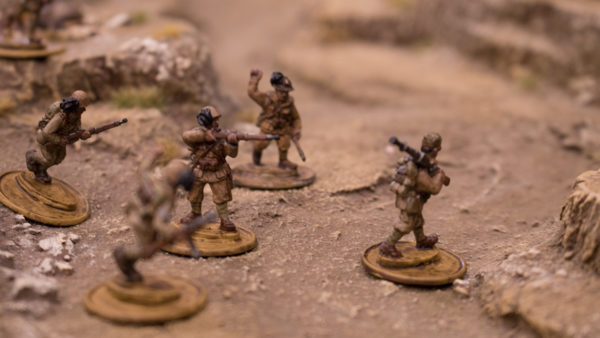 Making up the heart of Pete’s army is his battle-hardened infantry. 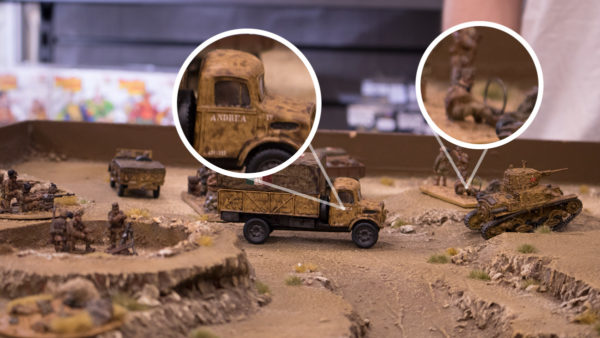 Pete personalised his truck using decals to make it unique.

If you’ve been inspired by Pete’s outstanding collection of Italians, why not pick some up for yourself from our webstore.

This 1000pt Bersaglieri army gives you a core of veteran light infantry backed up by powerful artillery and anti-tank weapons. 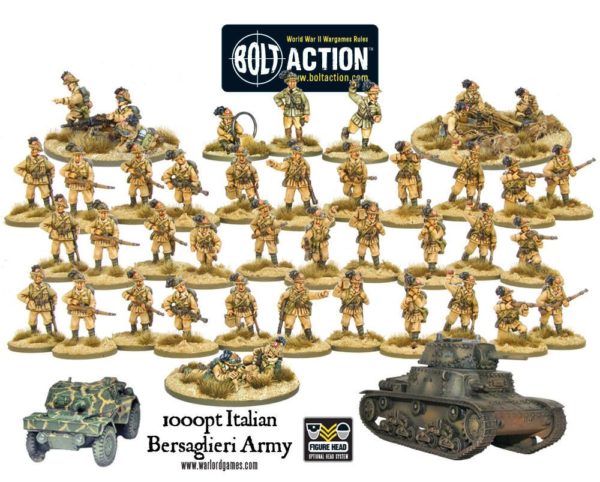 Tom spends most of his time buying books and painting miniatures. He enjoys putting animals on the bases of his miniatures and half-finishing side projects. Some say that he lives in a tower on top of some windswept northern hill with his wife and cow-patterned cat, Spaghetti.
View Profile | View all posts by Tom Mecredy
New: Desert Themed Battlefield Set
Ship Focus: F-Lighters in the Mediterranean