We’ve a fantastic community out there willing to go beyond the call of duty and run awesome events for everyone’s benefit. Yorkshire Renegade’s Display at the forth coming Derby World Wargames Show is just one such example, Rich Goss from The Warshack has been keeping us updated with the clubs display game progress and its shaping up to be a corker: 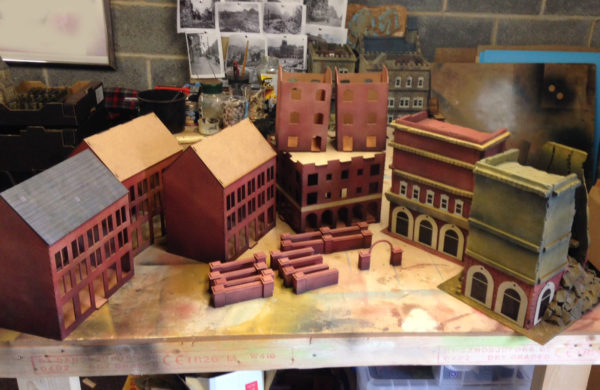 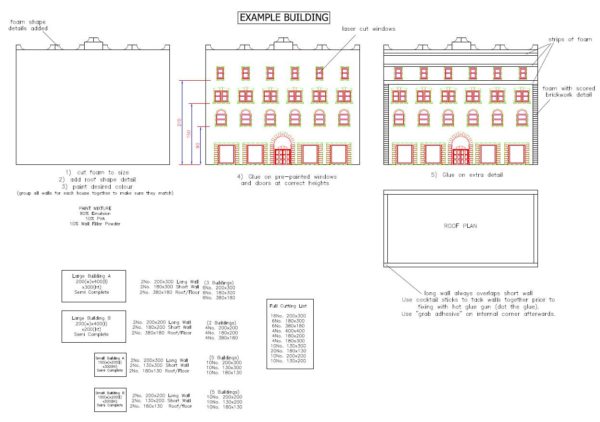 Rich: The prospect of creating our own ruined city for our tanks and infantry to fight over has always excited and stirred up the imagination of the Yorkshire Renegades. So we soon decided to focus on a Berlin themed demonstration table at this year’s Derby World Wargames show in October.

As veterans of multiple wargames shows over the years we love the challenge, passion and character that can be thrown into such a large group project like this. The group have been chomping at the bit to get this particular project off the paper and into reality, as the last Days of the War are very often overlooked by other theatres and other famous encounters during the war. 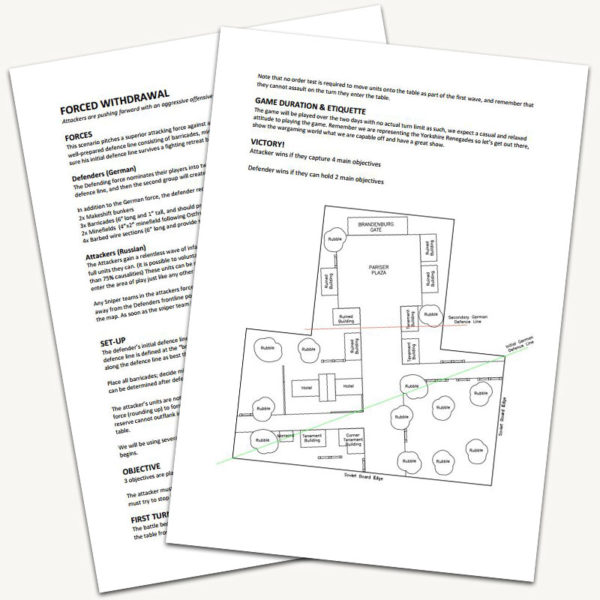 Firstly a quick map was drawn up focusing on the Brandenburg Gate and surrounding areas. This particular area was chosen to fight over for several reasons, mainly allowing us to have a lovely terrain focus point but at the same time give us some open spaces for vehicle movement and contrasting claustrophobic back alleys of the ruined 3 & 4 storey buildings for the infantry. 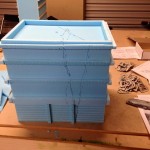 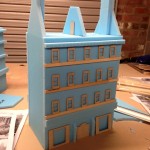 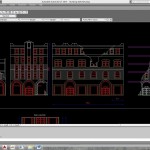 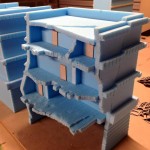 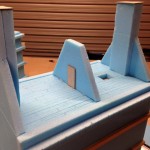 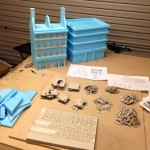 Several group terrain days have kicked off the terrain making process so the board is nicely under way now. The buildings have been designed to be built with ease and quickness in mind. The main structure is 10mm underfloor insulation foam, simply cut to shape with a blade and glue gunned together. The beauty of this material is that details can be scored into the surface, such as bricks, wooden flooring etc. We’re also in the fortunate position of having members with access to laser cutters, and they have created hundreds of windows and doors to give the buildings that extra depth. All of which is to be painted and finished at our next group terrain session shortly. 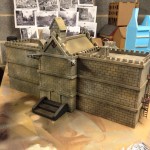 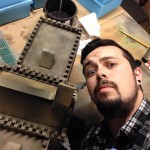 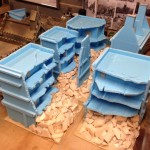 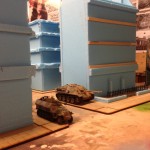 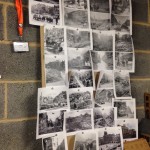 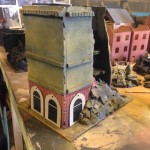 Game wise we plan to play several Bolt Action games simultaneously on the board nicely rounding off the event with a massive 8 player game on the last day of the show. Each game will loosely be based on the points system but we have a very lax attitude to points and wish to encourage our players to build forces they find interesting and fun to use. We only asked that the forces used represented the armies at the time. This in itself created loads of quirky and exciting army lists full of characterful units such as the SS Charlemagne, Kreigsmarine, Volksturm and even Luftwaffe units. 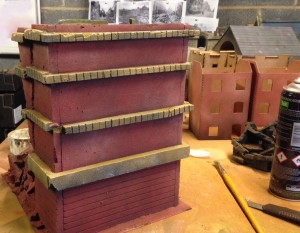 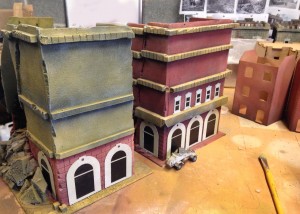 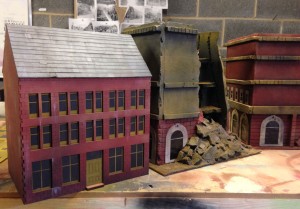 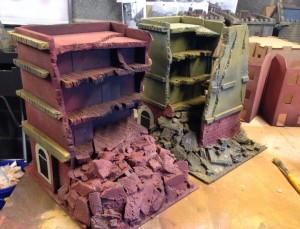 So as you read this, no doubt all our players are now furiously buying the extra units they wish to use and at the same time piling up their “To Paint” mountains in our attempt to get everything painted and ready for the show.

The Yorkshire Renegades hope to see lots of faces down at the show, so come down and say hello to us!

See the Yorkshire Renegades and much much more at the Derby World Wargames this October: 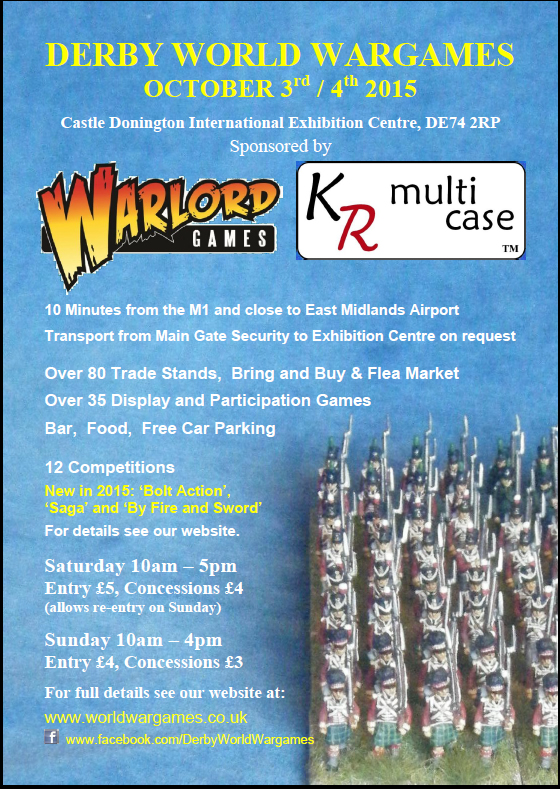