Wargaming Market Garden and the Battle for Arnhem pt.1

We were recently contacted by published historical author, Chris Brown – who very generously offered to write a series of articles to cover both the history of Operation Market Garden, and offer some tips on how to bring the action to life upon the tabletop battlefield! 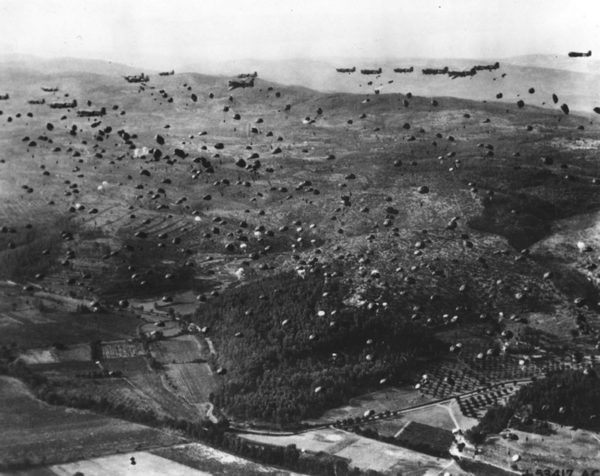 Certain battles and campaigns have a particular resonance for wargamers and few more than the great Airborne action in and around Arnhem that took place over nine days in September 1944.

The sheer audacity of the Market Garden plan is worthy of note. More than 30,000 parachute and glider troops being deployed anything up 60 miles (100 Km) behind the German lines was an incredible feat of planning and organisation – and all the more impressive when we remember that it was put together in little more than a week.

All of the Airborne formations – the 82nd and 101st American, British 1st Airborne Division and the Independent Polish Parachute Brigade performed remarkable feats of arms. As it happens Warlord Games make virtually every type of soldier and piece of equipment you need, and not just for the Airborne forces. The tanks, guns and infantry of the ground forces required to relieve the beleaguered paras and glider men are all available too, and so are the Germans. 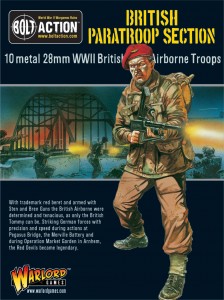 Our recently re-configured British Paratroop Section is the idea starting point for an Arnhem-themed force!

Understandably, the Allied Airborne aspect tends to attract more attention from historians and from wargamers than the ground advance. Partly that’s reflection of the romance of the Airborne soldier and elite units generally., but for the ground forces you can still field elite units like the Irish Guards with Shermans, Cromwells, 25-pounder guns and all the other material that you’d want for the campaigns from Normandy to the North German Plain – and of course you’d want British and American airborne troops for your D-Day games anyway, wouldn’t you? 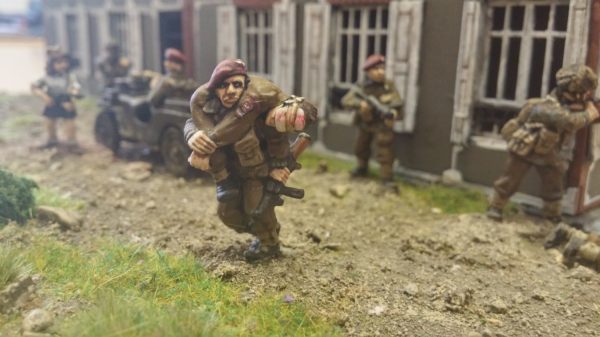 Market Garden lets you lead Easy Company of ‘Band of Brothers’ fame into a succession of sharp actions in the vicinity of Son and if you’re really ambitious you can have as crazy an action as can be imagined with American paratroops making an opposed crossing of the Waal river in boats they’d never seen before. Be warned, you’ll need a pretty wide river. 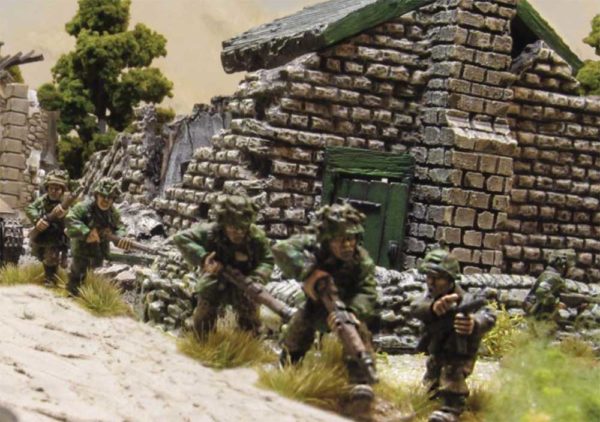 The German forces for Market Garden are just as interesting as the Allied ones. At one extreme you have Kriegsmarine and Luftwaffe personnel being handed a rifle and a pocketful of bullets and being sent off to fight the elite soldiers of the King’s own Scottish Borderers and the Border regiment in the woods to the West of Arnhem, at the other you can lead a crack SS Panzer Division’s recce unit to face American Airborne troops at Nijmegen. You’ll even get to commit your prized Tiger tank against lightly-armed Airborne troops, but be warned, you’ll be in among narrow streets and you’ll find your behemoths are surprisingly vulnerable to poorly-regarded six-pounder anti-tank guns and even those weird-looking Heath-Robinson PIATs will prove quite capable of blowing a track off or setting fire to your engine.

The operation was massive, but the actual engagements were, in the main, fairly small, which of course makes them good propositions for the wargames table. Additionally, the countryside is mostly quite close, so the short ranges of the Bolt Action rules work rather well. At first glance the famously flat nature of the Netherlands would seem to be a challenge on the table top; surely everything is always in sight of everything else? This is absolutely not the case. The Netherlands is very densely populated, surprisingly heavily-wooded and although there are no great hills, there is a good deal of gently-rolling country.If you’re not in a town or village, more often that not you are in the midst of modestly-sized fields bounded by woodlands and even in the more open areas the line of sight is often blocked by raised roads or railway embankments – and of course much of the terrain is criss-crossed with drainage ditches so there’s an awful lot of cover.

As a boon to the wargamer there is a wealth of research material easily available, including several books of wargame scenarios for a wide variety of systems, any of which can be tweaked to fit in with your preferred set of rules. There are rafts of books on Market Garden – in fact there are hundreds on the Arnhem battle alone – and of course there’s the 1970s blockbuster film ‘A Bridge Too Far’. Also known humourously known as ‘A Star Too Many’ and ‘An Hour Too Long”, the film has been the target of a lot of criticism – much of it ill-informed – but it’s great inspirational material for wargamers.

Alternatively you might want to try ‘Theirs is the Glory’ which was filmed on the site of the fighting just a year after the battle and involved a large number of the surviving veterans as extras – it can be had for pennies from online auction sites and you won’t regret it! 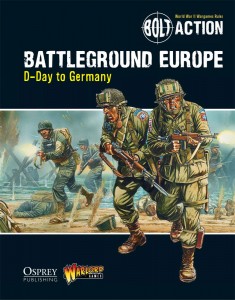