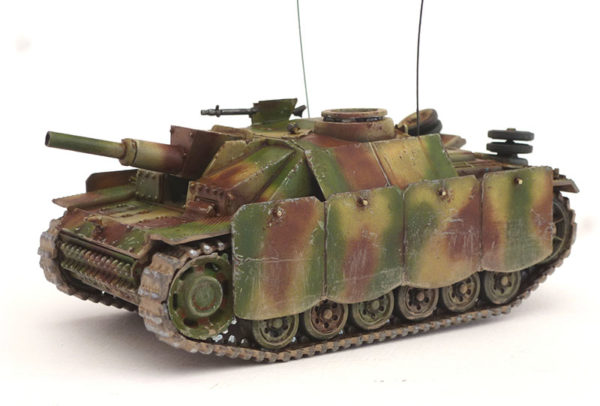 Andy: Whilst doing a bit of digging looking for photos and reference pictures to use for my next StuG build I came across a bit of video footage that was allegedly the last piece of film made in 1945, and part of it depicts a mixed StuG and StuH battery. The StuGs look to be fairly standard, however star of the piece is a StuH with field-built schürzen armoured plates.

Doing a bit of digging, these plates actually seem to have been moderately common late in the war, as apparently they didn’t snag and fall off the vehicle easily. Production problems also meant the late war StuH’s were not fitted with a muzzle brake, and all of these modifications combined make for a rather cool looking vehicle.

First thing to do was work out how to make the scalloped schürzen, so I grabbed some plasticard and guessed at roughly what size the panels should be. As it turned out, a rectangle 7cm long by 2cm tall was a good starting point. I then divided up the basic panel by scribing in vertical lines every 1.7cm. At the top of those lines I cut a V-shaped wedge at the top, mainly going by eye. To do the bottom curved panel I again largely by eye slowly cut away the plasticard until I was happy with how they looked. 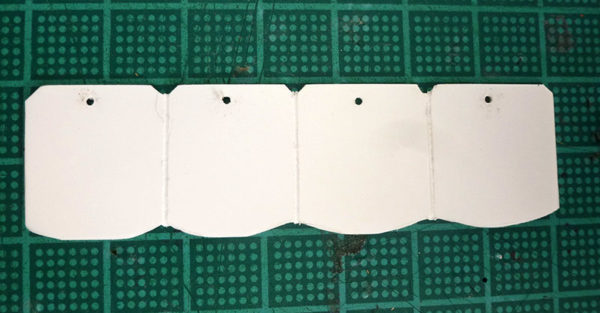 Here’s a quick pic of the completed schürzen on some centimetre gridded background, so you can resize them and use the image as a template, and save a lot of pain!

Looking at a few other pictures of other models and vehicles using this type of schürzen, it appears the plates were held on by scaffolding poles welded to the vehicle, so I used a bit of brass wire and superglued these to the places show in the pictures, then drilled a hole about 3mm down from the top centre of the schürzen plate. This allowed the plates to slot neatly onto the vehicle – and that was the bulk of the work done! 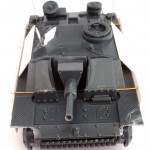 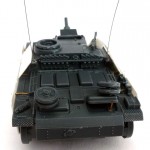 Other changes were to make a late war machine gun mount, to do this I cut strip of plasticard and carefully bent it into a V shape. I was a little too enthusiastic and it snapped so I just glued them in place and stuck an MG34 on top… 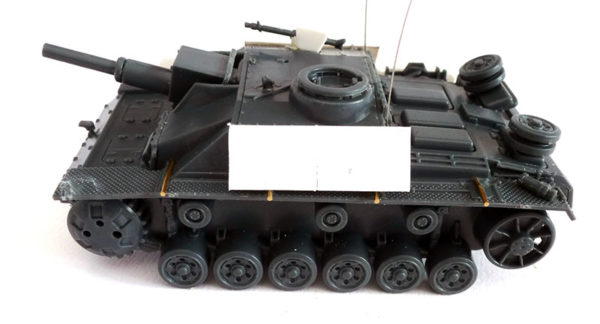 Finally the vehicle also seemed to have sloped sheets of schürzen along the side of the hull, so I cut out to lengths of plasticard about the size of the superstructure and that was it for the conversion work.

I really do like Warlord’s plastic StuG kit a lot, especially as the real vehicle has so many modelling options . I think I’ll be building a lot more… 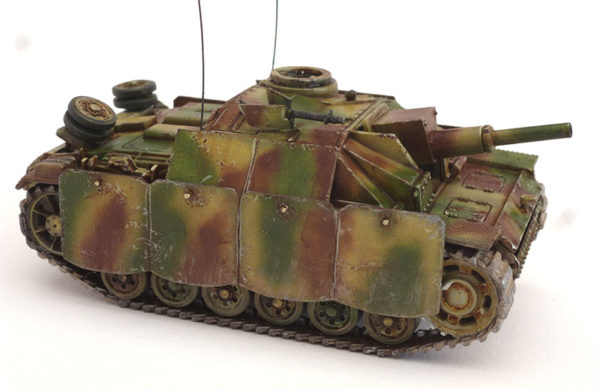 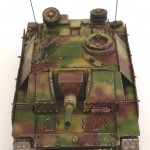 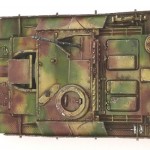 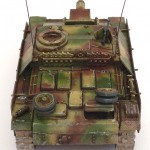 Inspired by Andy’s work? – Head over to the Warlord webstore now! 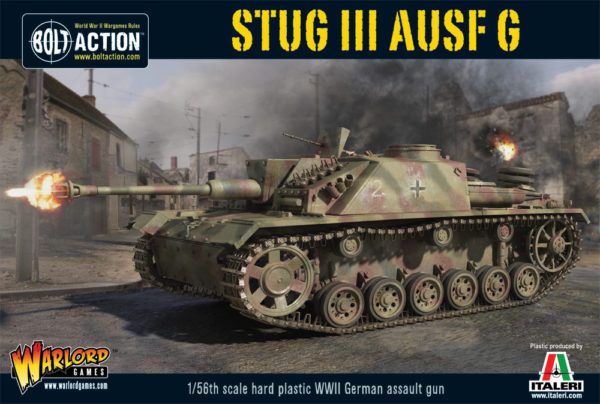