What happens if you’ve got a few 15″ battleship guns laying around? Build a monitor, of course! This week, we’re looking at the career of the Roberts-class monitor.

The term “Monitor” dates back to the 19th century and refers to a class of ship which is neither fast nor heavily armoured but carries disproportionally large guns compared to its size. Designed with a shallow draft to allow them to get close in-shore, these vessels were used to bombard coastal targets with huge guns.

Laid down in 1941 and 1943 respectively, HMS Roberts and HMS Abercrombie were built to utilise spare 15″ naval guns from several British battleships. Roberts repurposed a turret from a WW1-vintage Marshal-class monitor, which in turn had taken them from spare turrets available after the redesign of the battlecruisers Renown and Repulse. 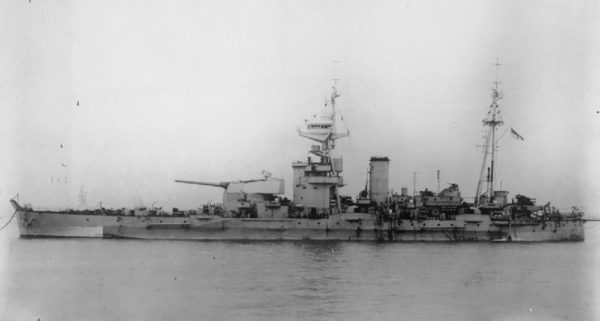 Abercrombie’s turret had originally been designed for the battleship HMS Furious. Furious had been outfitted with 18″ guns, and there was some concern that these would not perform as expected, so 15″ gun turrets were built as a backup.

These shallow-draught vessels bristled with secondary armaments, with 8 4-inch guns, 16 40mm cannons and 20 20mm cannons. As these slow-moving vessels made particularly tempting targets

Both monitors saw extensive service in the Mediterranean. Roberts laid down fire for the Operation Torch landings, where she was hit by two 500kg bombs. She was repaired in time to support the landings at Sicily and Salerno. She went on to bombard Sword beach during D-Day.

Abercrombie entered the war a little later than her sister ship but was available to support the invasion of Sicily and the landings at Salerno. During the Salerno landings, she was damaged by a contact mine and spent some time in the dockyards at Taranto. On completion of the repairs, she was transferred to Malta where she was damaged by another pair of mines. 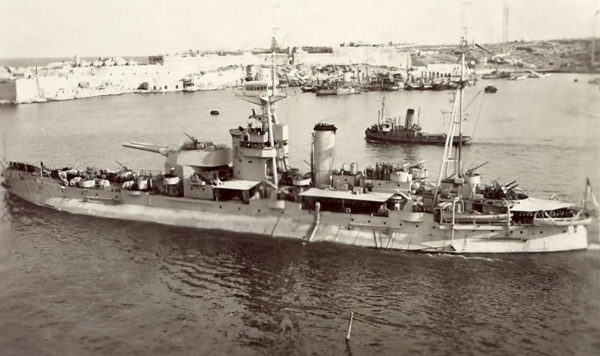 Both ships were ready to support the Allied landings at Singapore but the Japanese surrendered before the operation commenced. Both returned to the UK and were used as training ships and accommodation before being scrapped in the 1950s.

The Roberts-class in Cruel Seas

These ships make a fantastic centrepiece to any Cruel Seas fleet, and a great objective in a themed battle. The greatest strength of the monitors is their immunity to torpedoes and swathe of close-in weapons. While intended for anti-aircraft use, the 4-inch, 40mm and 20mm cannons are more than capable of shredding an enterprising E-Boat at close range.

If you’re playing on larger tables, you might be able to bring the 15″ guns to bear on a target, with damage of 15D6 they’ll be perfect for destroying any gun emplacement on land! 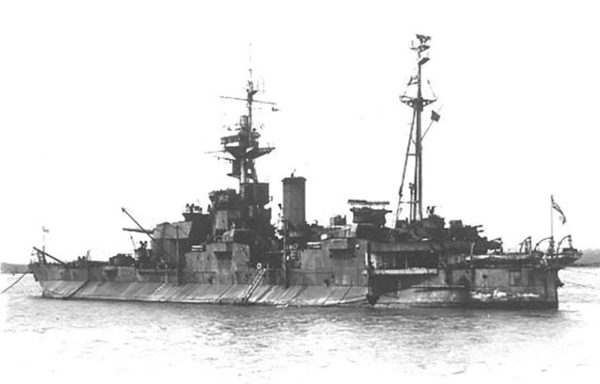 Their points cost (weighing in at a hefty 595 points before crew) means that your opponent will be able to range a diverse fleet against you. Use your high hull points to soak up the damage while blowing things away at short range.

Good companions for your monitor include the ever-reliable Fairmile D “Dogboats,” or some late war Vospers. Use the MTBs to outmanoeuvre the enemy and funnel them into the monitor’s kill-zone. 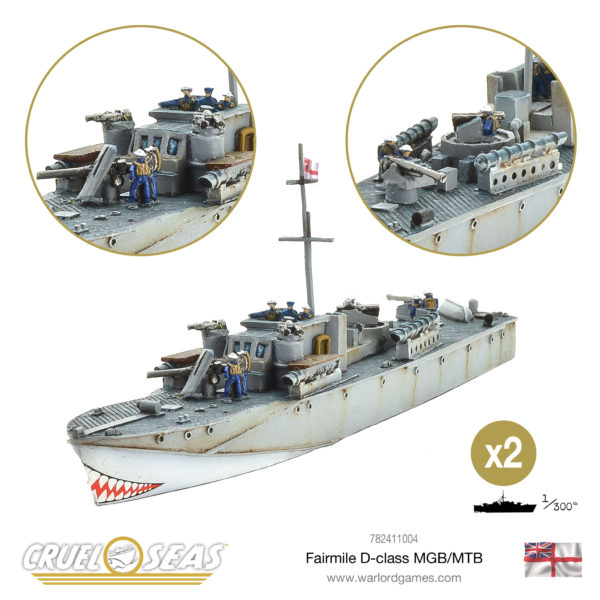 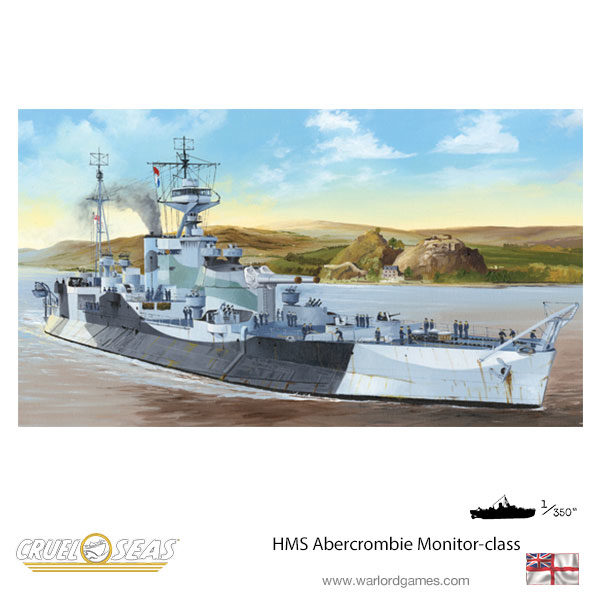 Tom spends most of his time buying books and painting miniatures. He enjoys putting animals on the bases of his miniatures and half-finishing side projects. Some say that he lives in a tower on top of some windswept northern hill with his wife and cow-patterned cat, Spaghetti.
View Profile | View all posts by Tom Mecredy
Spotlight: Painting your Landsknechts
Frontline Report: Jagdgeschwader 54