Spotlight: A Question of Scale

With the release of Cruel Seas, we add a different scale to our catalogue. This week, we’re looking at how each games models compare.

We’ve lined up a Cruel Seas E-Boat, a Blood Red Skies Bf109 and a Bolt Action German Infantryman on our photography table to show how they scale up against each other.

Weighing in at 1/300th scale, Cruel Seas is by far the smallest scale we’ve ever worked in. We chose it because we think that two things are important for an MTB:

1. You can identify what gun it is carrying (i.e. it is a six pounder rather than just a “gun”)
2. They must have a crew. That may be madness, but we don’t think it looks right with no crew at all.

In addition, 1/350th is an established naval modelling scale, and we think the ships in this scale look quite fantastic. They are perfect for the larger ships, from light destroyer upwards and include merchantmen, and LCTs (landing craft tank, or ‘large conspicuous targets’) and beyond.

This is just fine as the MTBs are still significantly smaller than the proper ships, the visual comparison works, so feel free to mix the scale as you feel appropriate. That extra detailing on the MTBs, we believe, makes the game come alive, and it’s also possible to obtain a whole host of planes and vehicles in 1/300th (6mm) for landing actions.

Slightly larger than Cruel Seas in 1/200th scale, Blood Red Skies has a very similar philosophy to its naval counterpart. We wanted the planes to be easily identifiable and large enough to look impressive on a 4×4′ table.

At its core, Blood Red Skies is a mass aerial skirmish game – the slightly larger scale makes for more cinematic gaming when you’re pitting squadrons against each other. There’s also plenty of model aircraft available in 1/200th to supplement our excellent plastic and metal miniatures, with many more to come during 2019.

1/56th (28mm) is the standard scale for wargaming infantry combat in Bolt Action. It allows us to cram tonnes of detail into each of our models, without making them so big that you could only fit a handful on the tabletop.

Vehicles in 1/56th look suitably magnificent and can be easily identified from across the table.

Bringing it all together

Cruel Seas, Blood Red Skies and Bolt Action are all part of the Bolt Action games family – our collection of games set during the second world war.

Our ultimate goal is to produce packs of scenarios that allow you to tie these games together, perhaps in a single campaign;

Imagine playing a game of Blood Red Skies, where your Bf109s escort lumbering Ju52 transport planes loaded down with Fallschirmjäger. Each time one of the transport planes reaches the objective, one of the units in your Bolt Action army makes it to the battlefield. Perhaps your Bolt Action battlefield is a ground-attack target in Blood Red Skies. Each time the bombers get through, you’d get an additional air strike.

Whilst the action escalates in the air the ships of the invasion fleet near the coast, or perhaps you have a mission to drop off some commandoes for a special raid. Has your Bolt Action Radar raid been successful? then you’ll need to escape to the high seas and the awaiting MGB with your Paras followed by a mad dash to escape the enemy patrol boats…

Let your imagination run wild and try things out. Let us know how you get on! (armies@warlordgames.com) 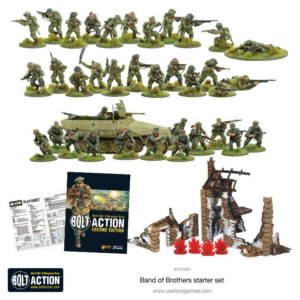 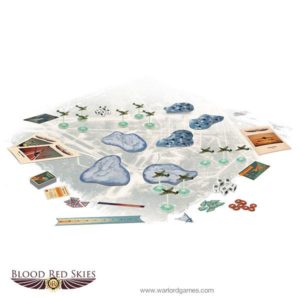 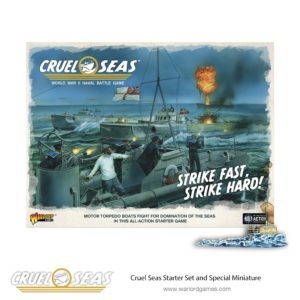 Tom spends most of his time buying books and painting miniatures. He enjoys putting animals on the bases of his miniatures and half-finishing side projects. Some say that he lives in a tower on top of some windswept northern hill with his wife and cow-patterned cat, Spaghetti.
View Profile | View all posts by Tom Mecredy
Spotlight: Crossing the Berezina
Frontline Report: The Winter War