Our pals at Sarissa Precision have created yet another superb centrepiece for your early war Bolt Action battlefields! Presenting Maison Forte MF10!

Sarissa has created this outstanding MDF building, based on the design of a real Maginot line blockhouse.

The Montmedy sector of the Maginot line covered the 60km frontage between Sedan and Longuyon. As it faced the supposedly impenetrable Ardennes forest, this sector of the line was less heavily defended than others, with the fortifications mostly composed of fortified blockhouses and concrete casemates.

MF10 is one of many fortified houses built along the Belgian frontier in 1938. The primary defensive structure was a reinforced concrete bunker, fitted with firing slits for small arms and light anti-tank weapons. The second floor provided a living space for a section of defenders along with some limited visual camouflage.

You can find MF10 along the lonely frontier road heading north-west out of Fleigneux in the Champagne-Ardennes region of France. 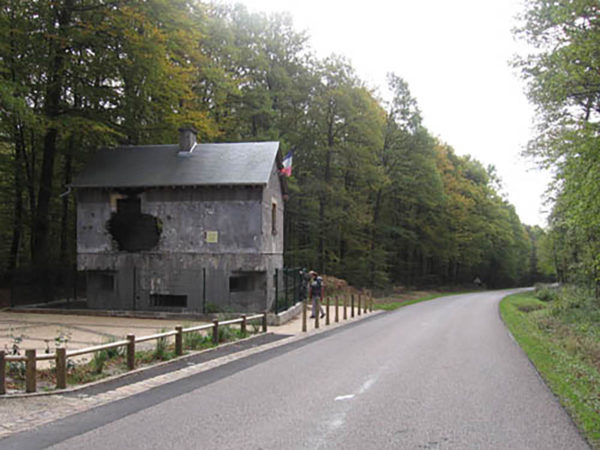 We had the opportunity to use this fantastic kit as the focal point for a little photo shoot, with some beautifully painted Blitzkrieg Germans to add a little character.

German Kradschutzen advance past the neutralised MF10 towards Sedan. 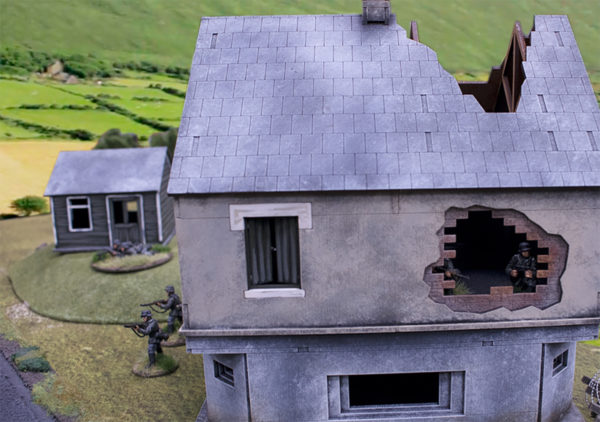 A German sentry keeps a watch on the frontier.

We were blown away by the quality of the kit, which comes with the main house, an outbuilding, a guard hut and road barrier, plus some knife rests and hedgehogs. The second floor and roof are removable, allowing you to place troops on both floors.

It’ll be available for sale on the webstore this Friday! 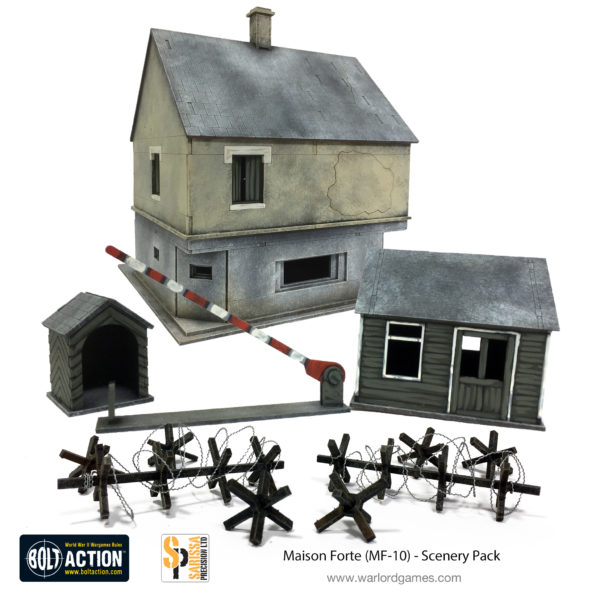 Tom spends most of his time buying books and painting miniatures. He enjoys putting animals on the bases of his miniatures and half-finishing side projects. Some say that he lives in a tower on top of some windswept northern hill with his wife and cow-patterned cat, Spaghetti.
View Profile | View all posts by Tom Mecredy
Spotlight: Flak over France
Spotlight: The Char B1 bis