A few months ago, we took a look at the life and career of Phillip II, the exceptional general and diplomat who set the stage for Alexander’s dominance of the known world. This week, we’re taking a look at the Successor States and leaping into an era of strife and confusion, ushered in by Alexander’s death in 323 BC.

When Alexander the Great died in 323 BC, the vast Macedonian empire descended into turmoil. A succession crisis raged between the senior commanders of the Macedonian army, eventually ending in an unhappy compromise – Alexander’s half-brother, Philip Arrhidaeus, would rule jointly with Perdiccas, Alexander’s cavalry commander until Alexander’s unborn child reached maturity.

Perdiccas rewarded his supporters by partitioning the Macedonian empire into various satraps, effectively delegating control of these small provinces to these subordinates. However, many now saw themselves as kings in their own right and would go on to squabble amongst themselves over control of the vast territories annexed by Alexander.

The strongest of these satraps would become known as the Diadochi (Successors) and would spend the next five decades fighting against each other and various external enemies to control the Mediterranean and Asia Minor.

We’re taking a look at two of the most influential of these great leaders.

As a close companion and one of Alexander’s seven hand-picked bodyguards, Ptolemy had been fighting 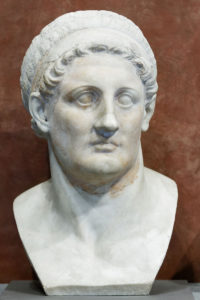 alongside Alexander since they were both children. He would become one of the army’s senior commanders, leading a wing during the campaigns in Afghanistan and India.

After the death of his childhood friend, Ptolemy was one of the primary instigators of the partitioning at Babylon, from which he gained the satrapy of Egypt. Not one to sit on his laurels, Ptolemy moved against his fellow Diadochi by obtaining the body of Alexander and burying him.

Kings in Macedonia asserted their right to rule by burying their predecessor. By sneakily acquiring the body of Alexander, Ptolemy stole a march on his competitors and declared himself to be the only true successor.

Ptolemy’s great rivals were Demetrius and Antigonus Monopthalmos (One-Eye) and would fight several wars against both after strengthening his grip on Egypt and consolidating his power against invasion. His savvy politicking and generalship allowed him to establish a dynasty that would help Hellenise Egypt and would go on to rule for centuries. 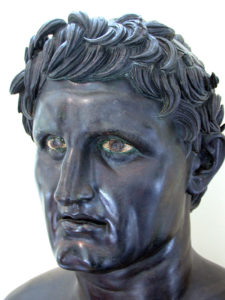 Seleucus was a Macedonian noble who started out as an infantry commander in Alexander’s army. As commander of Alexander’s silver shields, he found himself involved in some of the thickest fighting across Alexander’s campaigns.

In the wake of Alexander’s death, Seleucus initially aligned himself with the new regent, Perdiccas, but a string of military defeats against Ptolemy sowed discontent amongst the ranks. Banding together with two other generals, Seleucus conspired to assassinate Perdiccas.

The new regent, Antipater, rewarded Seleucus with the satrap of Babylon. While the internecine wars of the Diadochi drove him from his new seat of power, his ruthless ambition and generalship drove him to expand his borders and carve out a massive empire in the Near East.

After making peace with Chandragupta of the Maurya, Seleucus would be rewarded with a force of 500 elephants, which would prove decisive in his wars with the Diadochi.

The Successors present an interesting tactical challenge to players, with some fantastic pike-armed heavy infantry and exceptional heavy cavalry. Adding an elephant or two, alongside native Greek or Egyptian mercenaries can help diversify your army and provide interesting painting challenges.

Successor armies have a diverse range of opponents, from the nascent Roman Republic to the other Diadochi.

The best place to start your new Successor army is the fantastic starter set, which is crammed full of plastic and metal miniatures, including an elephant! 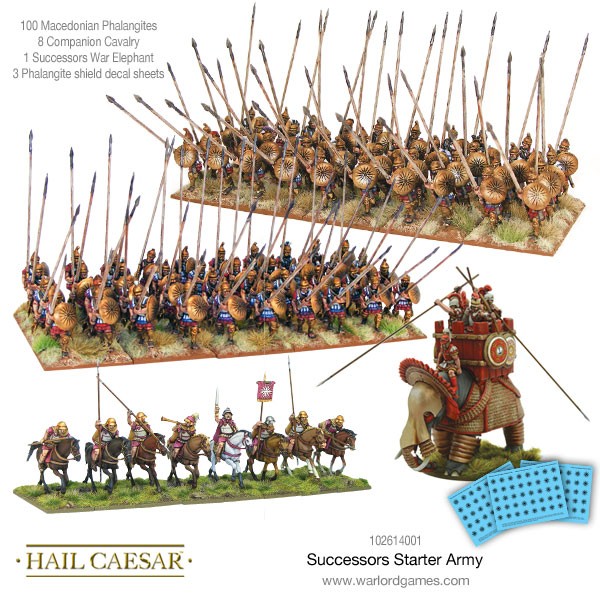 Tom spends most of his time buying books and painting miniatures. He enjoys putting animals on the bases of his miniatures and half-finishing side projects. Some say that he lives in a tower on top of some windswept northern hill with his wife and cow-patterned cat, Spaghetti.
View Profile | View all posts by Tom Mecredy
Black Powder 2: Napoleon in Egypt
Frontline Report: Battle of Saumur