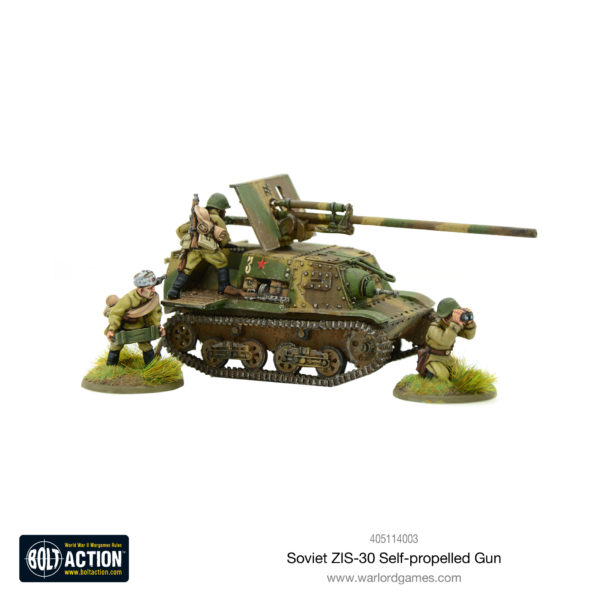 In the desperate days of 1941, Komsomolets tractors were used as improvised tank destroyers, and around a hundred were converted to carry a ZiS-2 57mm anti-tank gun as the short-lived ZiS-30. 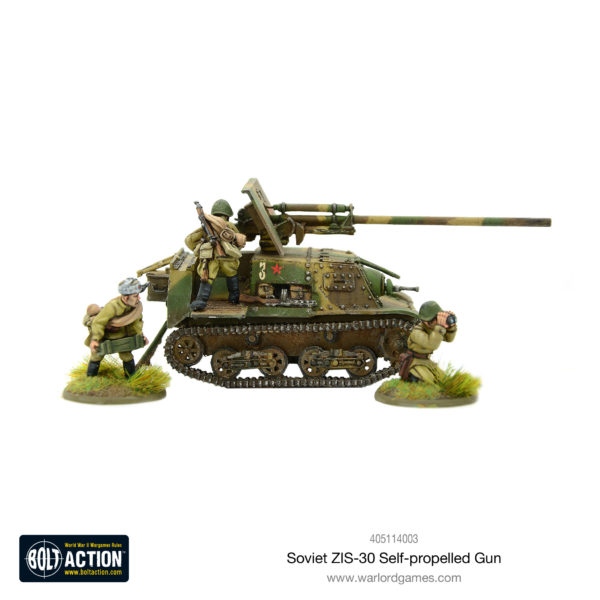 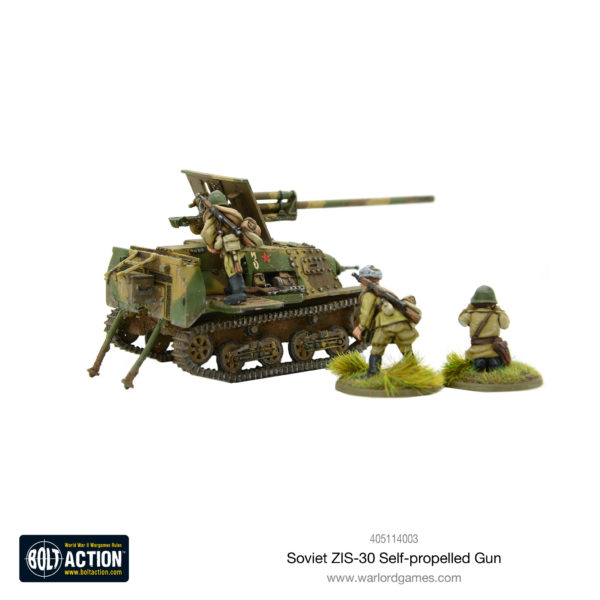 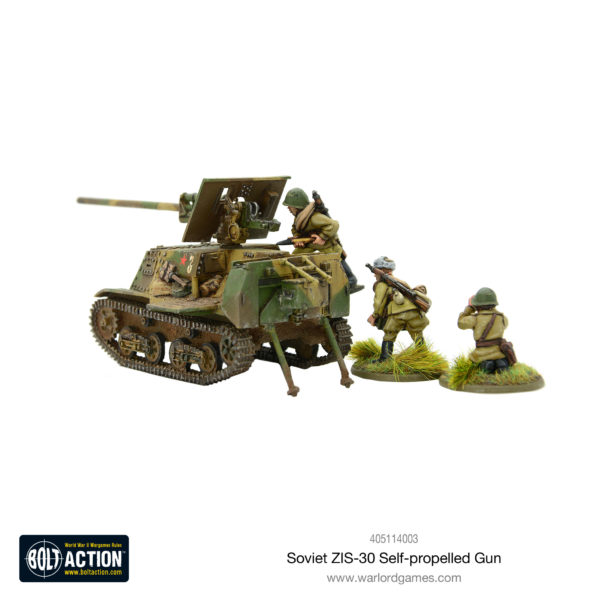 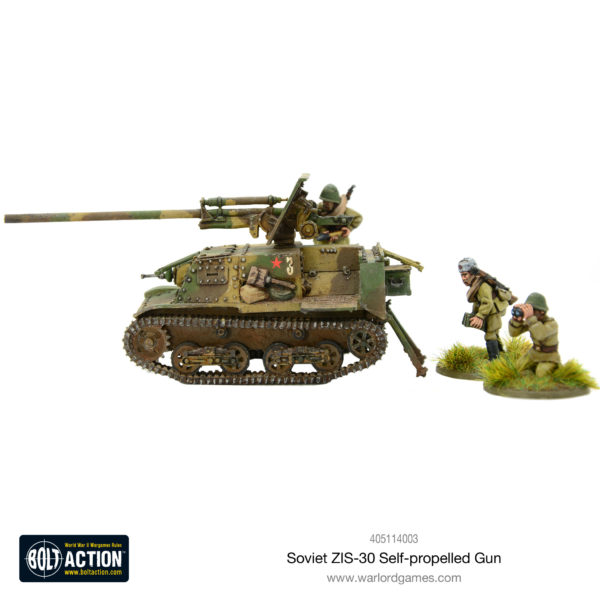 In Bolt Action this cool little conversion is an ideal aid to your beleaguered Soviet forces – park up behind cover and ambush your prey, perfect for taking out most vehicles of the period. 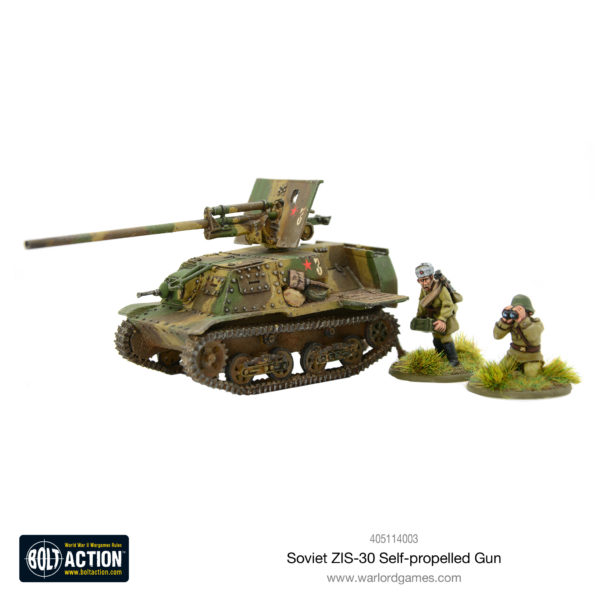 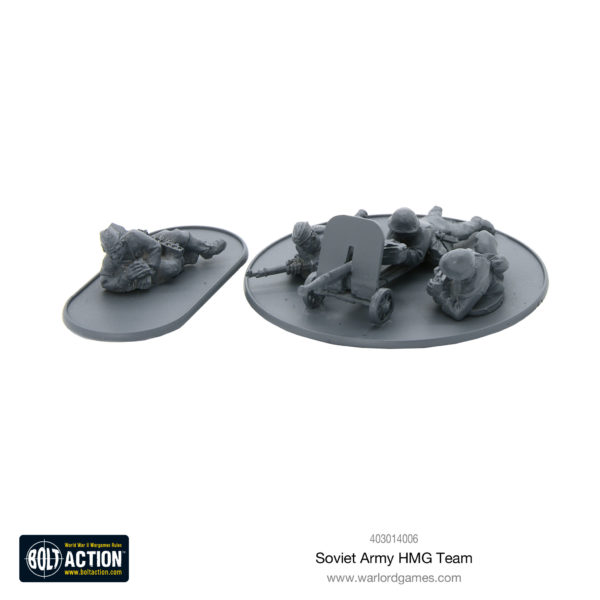 The DShK 12.7mm belt-fed heavy machine gun was the standard Russian heavy machine gun of World War II, comparable to the US .50cal Browning. It was used on wheeled mountings like the Maxim and could quickly be placed on a tall tripod for anti-aircraft defence. Truck-mounted and multiple versions were also employed in this role. The DShK was also seen during the late war on the cupolas of Soviet heavy tanks such as the IS-2 and ISU-152. DShK stood for its two inventors, Degtyaryov and Shpagin, and was the basis of its nickname ‘Dushka’ – literally ‘sweetie’ or ‘darling’ in Russian.

In Bolt Action set these up to deny an area of the battlefield or cover your attack troops flanks as they advance. 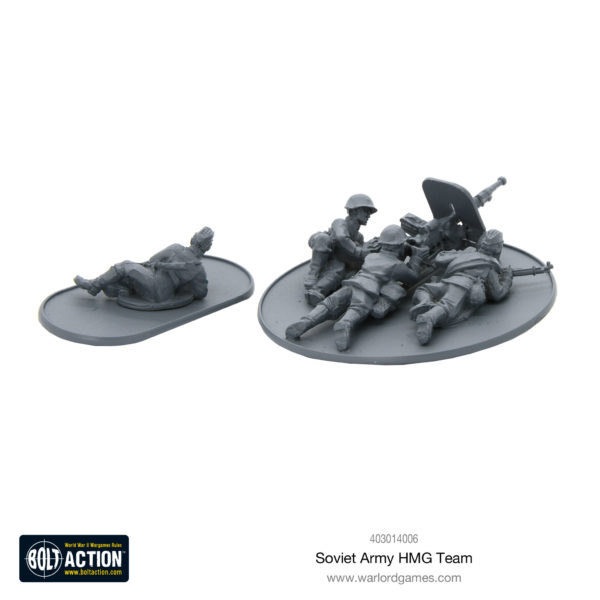