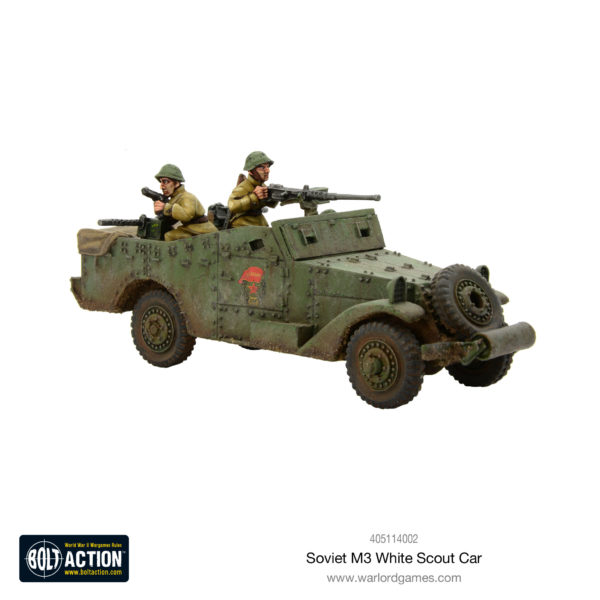 The M3 was too large and heavy to be considered a proper scout car, but its transport capacity (eight men and a driver) made it suitable for a number of tasks including that of armoured transport and reconnaissance vehicle. The same basic design was used to develop the M3 half-track. Although the White Scout Car carried an HMG it was often fitted with a further two MMGs along the sides. The M3 Scout Car was used by the Americans, British and Russians. 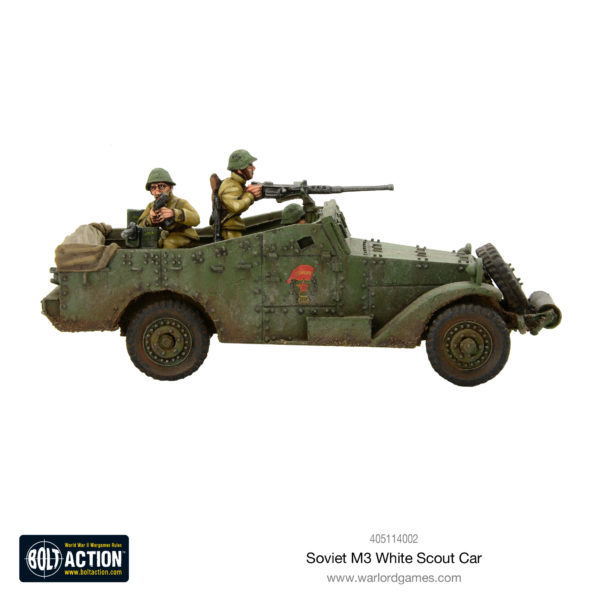 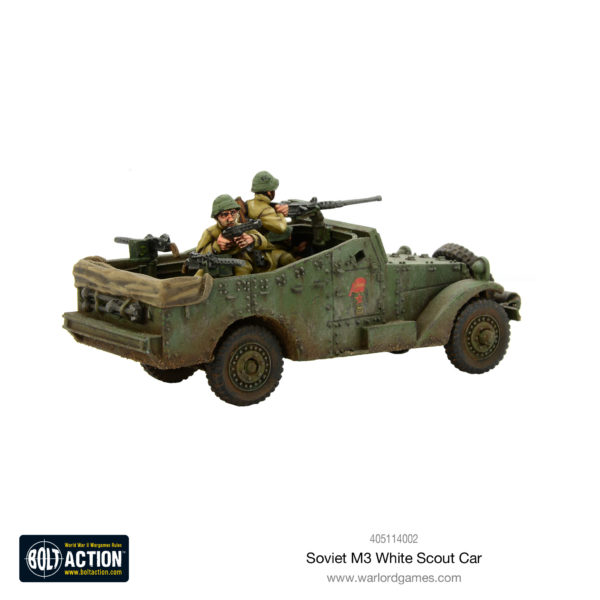 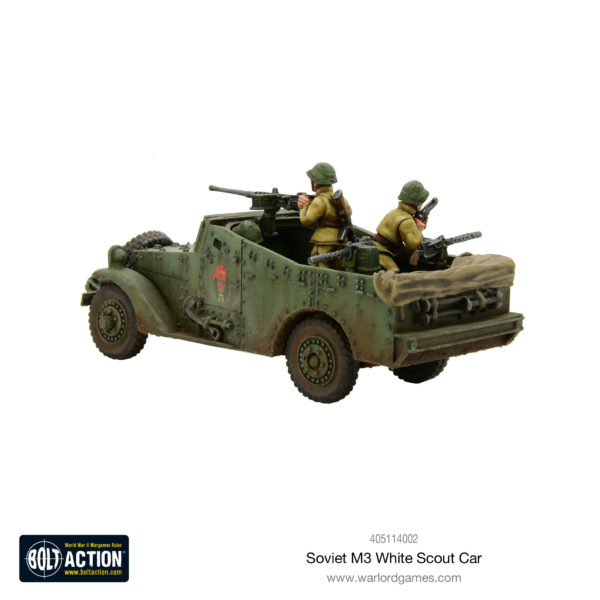 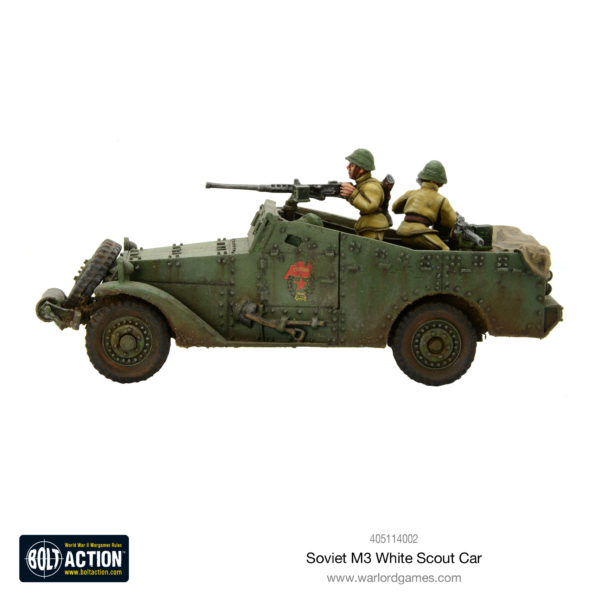 In Bolt Action this is a cheap an simple solution to deal with those annoying enemy recon units or slow lightly equipped troop formations. An inexpensive way to advance quickly on a road to leave its occupants to capture an objective! 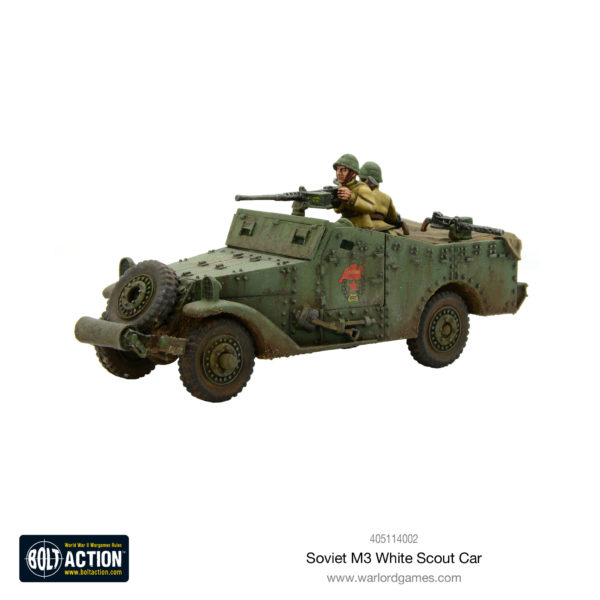