“The Polish Soldier Fights for the Freedom of other nations, but dies only for Poland.”

In the evening of the June 17th 1940 newly appointed Prime Minister of France, Philippe Petain delivered a radio speech in which he declared that he had asked the German Command for a truce. The French campaign came to an end – but some French troops still resisted. Then began the truly hard times for the Poles. For them there was no question of capitulation – the struggle was to be continued alongside the British… If they could reach the mainland.

“Sikorski’s tourists” [1] (so named as they couldn’t take a direct route from Poland through Germany to reach unoccupied France or England) made their way however they could, the most important task was to find transport – either by sea or air. Some of them managed to get to Portugal, from where English vessels and aircraft took them to England. Others had to go the longer way, for example through northern Africa. For many of them the war ended at this point – they were sent to German POW camps or were interned in Switzerland. Others joined the French Resistance and continued the struggle on the continent. 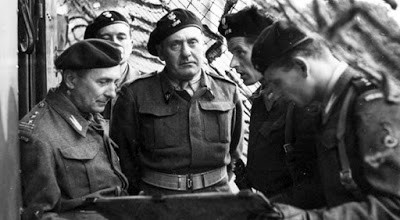 Gen. Stanisław Maczek and officers of HQ of the Polish 1st Armoured Division

General Stanislaw Maczek escaped to French Algeria and then to Morocco disguised as an Arab – a soldier of the Foreign Legion. In Casablanca he found his family, they sailed together to Lisbon and from there they flew to Bristol, where they arrived on September 21st 1940 – during the fiercest fighting in the Battle of Britain. Many Polish were already in the fight, the Polish fighter pilots in Hurricanes over London – for the Polish tank men, time for fighting again seemed to be imminent. At this moment they were needed to defend the British coasts – In late summer of 1940 and in the ensuing months many still feared the German invasion on their home island. 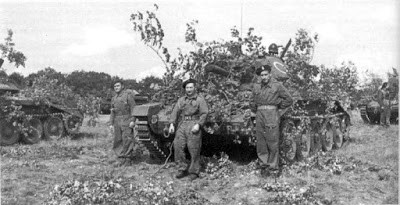 On February 25th 1942, when concerns about the German invasion were almost forgotten and the British army began the long and arduous preparations for the return to the mainland, General Wladyslaw Sikorski ordered the creation of the 1st Armoured Division under command of General Stanislaw Maczek. The core of division was 16th Armoured Brigade and 10th Armoured Cavalry Brigade.

In September 1943 it was necessary to reorganize the almost battle-ready Division according to the new British war establishment, assuming a composition of one armoured brigade and one infantry brigade with artillery support and services. The core of the Division remained 10th Armoured Cavalry Brigade, although two of its three regiments previously belonged to the 16th Armoured Brigade. The 3rd Rifle Brigade was then to be created, which until departure to the front, was the weakest element due to insufficient training and incomplete ranks.

These deficiencies were complemented after entering the battle in Normandy by Prisoners of War – Poles forcibly incorporated into the Wehrmacht. [2]

On the combat trail of the 1st Armoured Division three important stages can be distinguished:

– Pursuit – through northern France and Belgium to the Netherlands – it was ended after conquest of Breda- and south bank of Mozzel River (August 29th 1944 – November 9th 1944).

– Dutch-Germany – the period of patrolling services and intensive training during winter months (with short episode of fighting during German winter offensive in Ardennes) and April offensive in Germany finished with capturing Wilhelmshaven (April 8th 1945 – May 5th 1945). 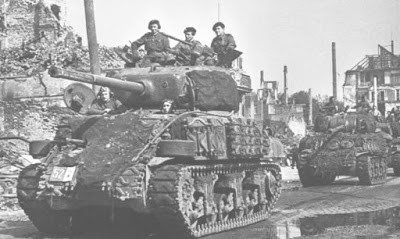 Polish Sherman IIa next to the Firefly. Note: Both tanks have AA HMG on the tops of their Turrets

In organizational terms the first two stages were almost identical. In the third period there was a fundamental change in the Division equipment: Sherman V tanks were replaced by Sherman IIa version (with 76mm gun) and 10th Mounted Rifle Regiment finally received some Challenger tanks with 17-pdr anti tank gun. Some of the M5 Stuart tanks of the 10th Mounted Rifle Regiment were converted to troop-carriers thus losing their turrets (the same change as for Stuart Recce). In this way an assault platoon was created and attached to the special squadron of the Regiment. During the late rainy autumn of 1944 the soldiers began to use long winter coats. Some of the troops of infantry and dragoons began to use British helmets RAC Mk1 (Royal Armoured Corps helmet) that were previously designated only to the drivers and crews of combat vehicles (the same shape was used in helmets for airborne troops and also for motorcyclists).

It is crucial to determine the level of quality of soldiers of the 1st Armoured Division at various stages of the war. General Maczek estimates that the highest level of training and rip of divisional detachments (especially infantry) appeared during the Normandy campaign. After the casualties had suffered in the battle of “Maczuga” and Chambois it took long time to supplemented them.

It was necessary to obtain reinforcements from every possible source and there was still insufficient time for training in units. The situation improved only during the long winter break from 1944 to 1945. At the same time there arrived new armored equipment that required a dose of training too (different ballistic properties of 76 mm guns in Shermans IIa). During the short campaign in April 1945 the Division once again proved its worth, despite the fact soldiers and officers were bitterly disappointed with the provisions of the Yalta Conference. 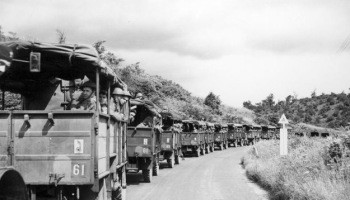 We’ve been experimenting with our own extra rules and invite you to have a go as well, unofficially of course, We think these give great flavor to our national heroes and offer this Bolt Action list so you too can field the Polish 1st Armoured Division:

Polish 1st Armoured Division retains British Army special rules but may not use National Characteristics and instead receive following rules:

Bloody Poles – When an infantry or artillery unit of the Polish 1st Armoured Division loses first round of close combat, resolve it as a draw and immediately fight the second round.

“It’s a pity that I was not able to attack more to the south of Chambois, because I would break through, because there are Americans and they do not know how to die. I did not know that the Poles are fighting here.”
(general Otto Elfeldt, commander of the German LXXXIV Corps, taken as a POW by riflemen of the 10th Mounted Rifle Regiment during the battle around Chambois) 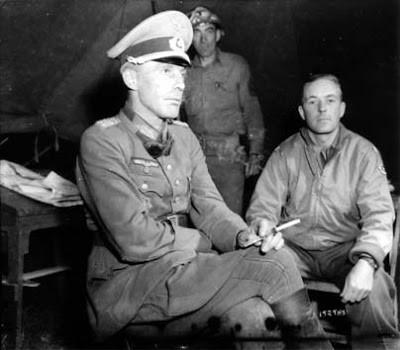 Under-strength – The Poles did not have sufficient reinforcements to fully complement the casualties suffered in combat units. Infantry squads of the Polish 1st Armoured Division can never be 10 men strength.

Excellent shooters – Polish Division achieved the best results of all Allied armoured divisions departing to the front in France at the military shooting range in Kirckudbright [3]. Receiving a Fire order, Polish tanks get +1 bonus to hit when firing at half range. (refers only to Sherman and Cromwell tanks) 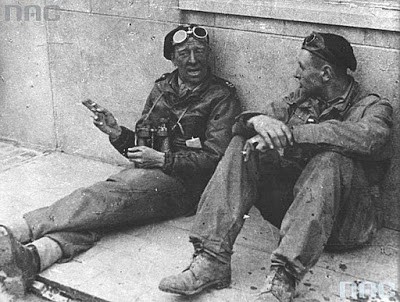 Dodging-maneuver – Opponent aiming at reconnaissance vehicle of the Polish 1st Armoured Division which has already executed advance or run order receives modifier -1 to hit. (refers only to Stuart tanks and Humber scout cars)

1 Podporucznik or Porucznik (Second or First Lieutenant – regular or veteran)
[a lot of the officers were veterans of the September or French campaigns, but junior officers were also trained in the UK]

Armoured Cars:
0-1 Armoured Car or Recce vehicle from: Daimler Dingo, Humber Scout Car, Recce Carrier
[Although we have the information that the Polish Division used some Staghound and Humber armoured cars, but they belonged mainly to the brigades HQs and did not serve as combat cars]

[2] Western parts of Poland occupied by Germans – Pomerania, Wielkopolska, Upper Silesia – were incorporated to the Third Reich in September 1939 as they were considered to be a part of Germany because they belonged to German Empire until 1919-1921 (previously to Prussia mostly since 1772-1793 and Silesia since Middle Ages – first Austria then Prussia). Their Polish citizens were considered sufficiently “racially pure” to serve in the Nazi army. 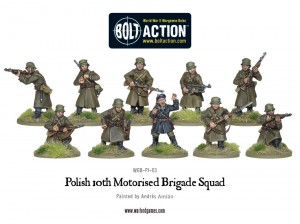 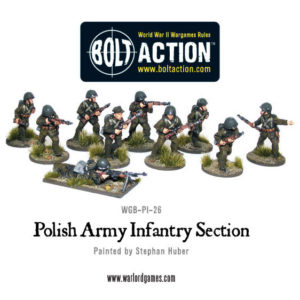 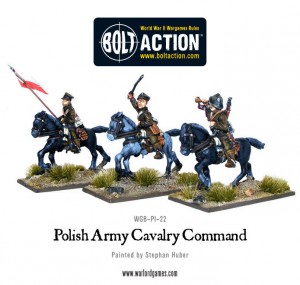 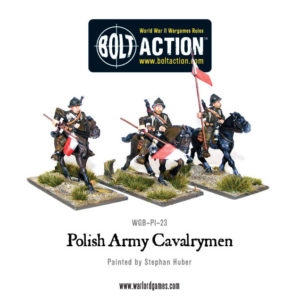 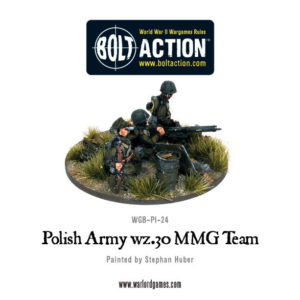 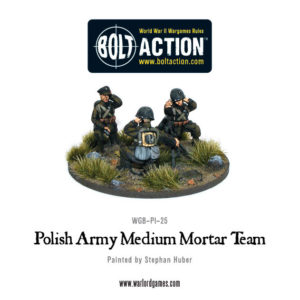 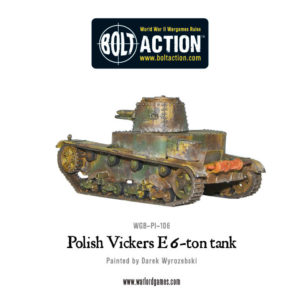 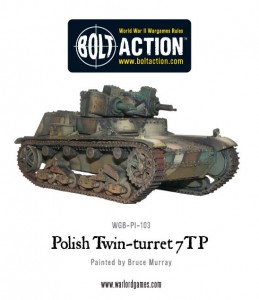