They’ve been extremely lucky to have gotten an early copy of the forthcoming ‘Empires in Flames’ Bolt Action Theatre Book, and have taken a flick through on camera – a first glimpse at the book!

If you’ve not yet pre-ordered your copy – head over to the Warlord webstore now and do so! – Don’t forget that by ordering direct from Warlord Games, you’ll receive the exclusive John Basilone miniature, which isn’t available anywhere else! 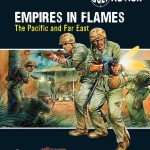 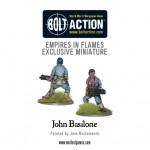 An elite Commando unit is tasked with taking out an artillery battery overlooking the Dieppe beaches.
The success of the mission is pivotal to reducing casualties as the (mainly) Canadian invasion force sets foot on Dieppe soil!

May 1942 – The Russian army launches a massive offensive to cut off and surround the German defenders in Kharkov!

There is heaps more content – including new videos uploaded practically every week over at TabletopBattle.com – and on their YouTube Channel.