Today’s treat is a look at these fearsome-looking Senegalese Tirailleurs for the French Army in Bolt Action. Sculpted by Steve Saleh and painted by Andrés Amián they’ll provide something rather different to your army. 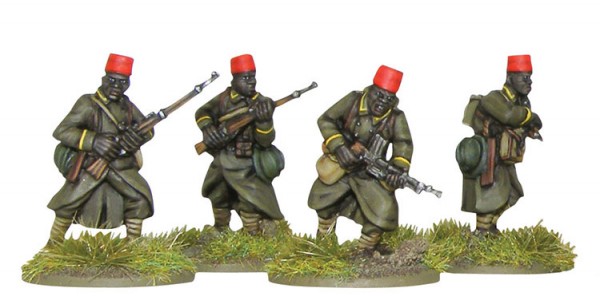 The Senegalese Tirailleurs were a corps of colonial infantry in the French Army recruited from Senegal, French West Africa and throughout west, central and east Africa, the main province of the French colonial empire. Armed with the coupe-coupe machetes they were a foe to be feared!

During the Battle of France the Senegalese and other African tirailleur units served with distinction at Gien, Bourges and Buzancais. The Senegalese Tirailleurs saw extensive service in Italy and Corsica during 1944, as well as in the liberation of southern France. The 9th DIC (Colonial Infantry Division) included the 4th, 6th and 13th Regiments of Senegalese Tirailleurs during a campaign which took them from Toulon to the Swiss border between August and November 1944.

And as an extra bonus, here is the box art just in from the talented hand of Peter Dennis: 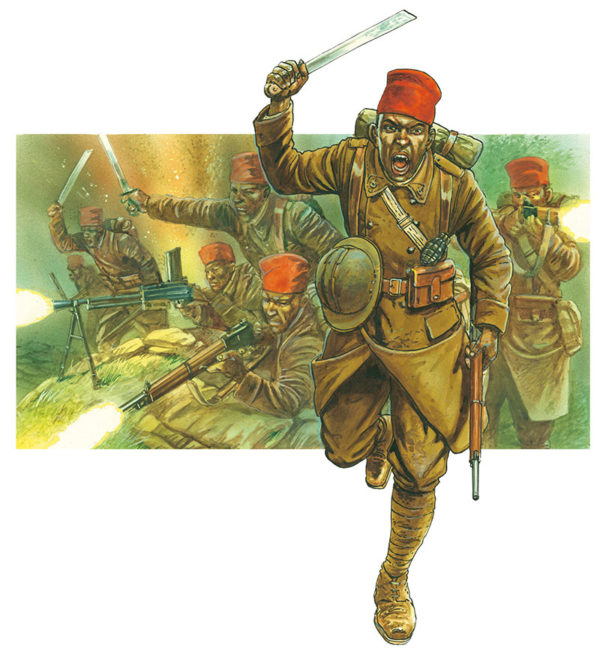