Today’s surprise is an extract from the forthcoming Bolt Action Theatre Book – Ostfront: Barbarossa to Berlin.

‘For us there was no land beyond the Volga.’ 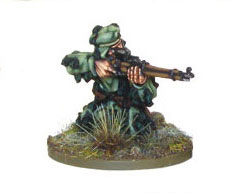 Hero of the Soviet Union Vasily Zaitzev first distinguished himself during the battle of Stalingrad as a superb sniper. He killed 225 Axis officers and men over a five-week period of the battle, including 11 enemy snipers. Between October 1942 and January 1943 it’s been estimated he scored as many as 400 kills, although more conservative estimates place the figure at around 300. All this was achieved despite taking the time to train other Red Army men and women in specialist sniping techniques that are still in use to this day.

Zaitsev was born on 23 March 1915 to an ethnic Russian family living in Yelininskoye in the Chelyabinsk region of the Ural Mountains. He showed great aptitude for hunting while growing up and brought home his first trophy at the age of 12 – a wolf, brought down with Zaitsev’s single-shot Berden rifle. This hefty predecessor to the Mosin-Nagant Zaitsev would use at Stalingrad was so big and heavy that, at age 12, the small-framed Zaitsev could barely carry it on his back. Zaitsev said later that his successes in sniping all came from the patience he had learned in stalking and concealing himself until he could take animals down with a single shot. Zaitsev was recruited in 1937 and he served as a clerk with the Soviet Far East fleet stationed near Vladivostock, eventually reaching the rank of Chief Petty Officer. When the Soviet Union was invaded Zaitsev along with many of his comrades volunteered for frontline service and he entered the ranks of the Red Army as a Senior Warrant Officer. He arrived at Stalingrad on the eve of 22nd September 1942, crossing the Volga to join the 1047th Rifle Regiment of the 284th Siberian Rifle Division of the 62nd Army.

Even equipped with a standard Mosin-Nagant, Zaitsev quickly earned a reputation as a crack shot able to take down targets at over 800 meters. Medals and a scoped rifle quickly followed and from there Zaitsev’s rise became meteoric. NKVD politruks ensured that Zaitsev’s successes were well-publicised and his techniques were taught to others. In cellars beneath the Lazur chemical plant trainee snipers practised constantly and Zaitsev’s hand-picked class of students proudly called themselves his ‘zaichata’ (leverets – baby hares). The culture of ‘sniperism’ was increasingly promoted throughout the Red Army to the great discomfort of Axis soldiers that found themselves on the receiving end of it. The Zaichata alone are credited with over 6,000 kills in the Great Patriotic War. Zaitsev taught his students to conceal themselves carefully in the innumerable hiding places offered by the rubble of Stalingrad – high up in ruined buildings, inside culverts and water pipes, in basements and under rubble. He had his snipers operate in pairs, with one acting as a spotter, and schooled them to only shoot once before changing positions. A special tactic he developed called ‘sixes’ that deployed three pairs of snipers to cover the same general area from different angles is still in use by modern snipers.

In January 1943 Zaitsev was blinded by an exploding mortar bomb. His sight was restored under the care of world-renowned Ophthalmologist Professor Vladimir Filatov and Zaitsev was made a Hero of the Soviet Union on 22 February 1943. He returned in time to fight in the Ukraine, at Odessa, on the Dnepr and the Dniestr rivers and at Seelöwe Heights on the road to Berlin. He commanded a mortar platoon and was promoted the rank of Captain although he was hospitalised again on Victory Day, 9 May 1945. After the war Zaitsev settled in Kiev, studied at university and eventually became director of a textile factory. He died in 1991 at the age of 76 just ten days before the dissolution of the Soviet Union. In 2006, in accordance with his final wishes, he was reburied with full military honours alongside his comrades at the Mamayev Kurgan monument in Volgagrad as Stalingrad had been renamed. The monument bears his famous words ‘For us there was no land beyond the Volga’. Vasily Zaitsev’s awards include: Hero of the Soviet Union, Order of Lenin, Order of the Red Banner (twice), Order of the Patriotic War (First Class), Medal for the Defense of Stalingrad and the Medal for the Victory Over Germany.

• Kill-shot: Zaitsev’s uncanny ability means that any shot he takes against infantry, artillery and soft skin vehicles will inflict damage on a roll of 2+ regardless of the target’s experience level.

• Hide and sting: In accordance with his doctrine, on the turn after using a Fire or Ambush order to shoot Zaitsev must be given a Run or Advance order and change positions on the battlefield.

If he makes an Advance move and does not take a fire action then he can turn his dice to Ambush mode. 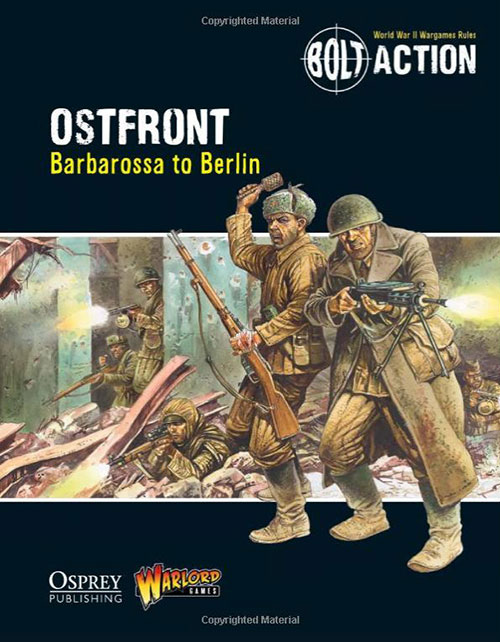 Look out for the Ostfront supplement early in the New Year!