As Victory at Sea charts a course across the Pacific Ocean, we take a look at one of the theatre’s smaller workhorses – the humble PT boat.

The first PT boats were built by the Naval Division of the Electric Boat Company (Elco) in New Jersey. Later, a little larger at 78 feet, was the Higgins boat from New Orleans. Altogether Elco made 320 boats and Higgins 205. Elco boats were thought to be faster and drier, and the Higgins more manoeuvrable, most useful in avoiding strafing attacks by aircraft. 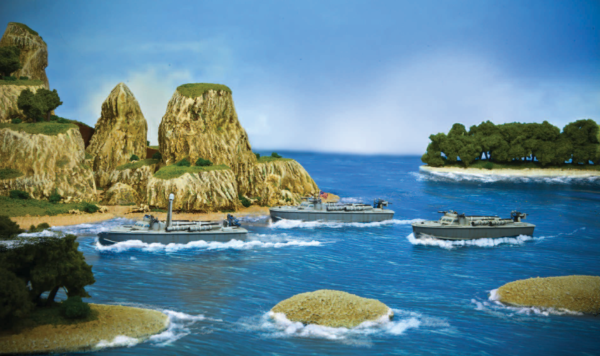 All boats were powered by the rugged reliable 12-cylinder Packard engines, of up to 1,500 horsepower, each boat having three such engines fuelled by high octane petrol, which made them fast, but flammable. Despite its cramped size, the Americans even got separate living quarters for men and officers and a real galley with an electric range and a refrigerator – only dreamed of on other nation’s boats.

Early PT boats had up to four torpedoes and two twin .50 cal guns in powered mounting, a heavy load for the day. As with most American hardware, this was only the start! Soon a 20mm was added at the stern as standard, useful for surface or air action. Then enterprising crews, frustrated by strafing the tough Japanese barges to negligible effect, mounted a 37 mm automatic gun (acquired from a P-39 Airacobra aircraft) and found it most effective!

All boats carried a smoke generator on the rear, to provide an excellent smokescreen when in retreat and they were very effective. Radio was of a good standard when other nations were using flags, Morse from Aldiss lamps, or megaphones. They could contact base or individual boats and, later in the war, other vessels or aircraft. This was of significant use in the vastness of the Pacific. A final piece of essential kit was some of the best radar sets in the war. This not only enabled them to navigate in complex seas, but
also gave them targets and warnings at night when most of their work was done. 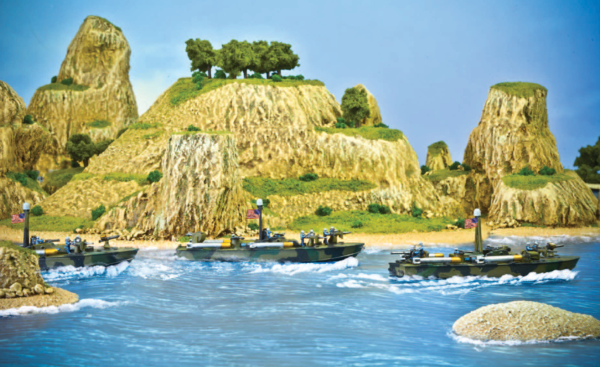 PT boats were also blessed with some of the best-designed tenders, a mother ship that maintained the boats and crews, enabling them to remain in action. The first was called the Niagara, the second Jamestown, and the third Hilo. Later, they converted LCT ships to support the small boats, equipped with a gantry that could haul aboard boats into dry, allowing complete refits and repairs to the lower hulls. 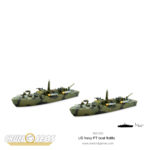 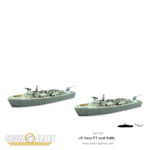 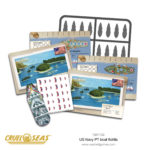 Tom spends most of his time buying books and painting miniatures. He enjoys putting animals on the bases of his miniatures and half-finishing side projects. Some say that he lives in a tower on top of some windswept northern hill with his wife and cow-patterned cat, Spaghetti.
View Profile | View all posts by Tom Mecredy
Ordering for a show pick up
Bolt Action: Kreighton’s Late War Germans