The Soviet Naval forces fought on land in many of the large scale Soviet actions, such as at Leningrad and Sevastopol. 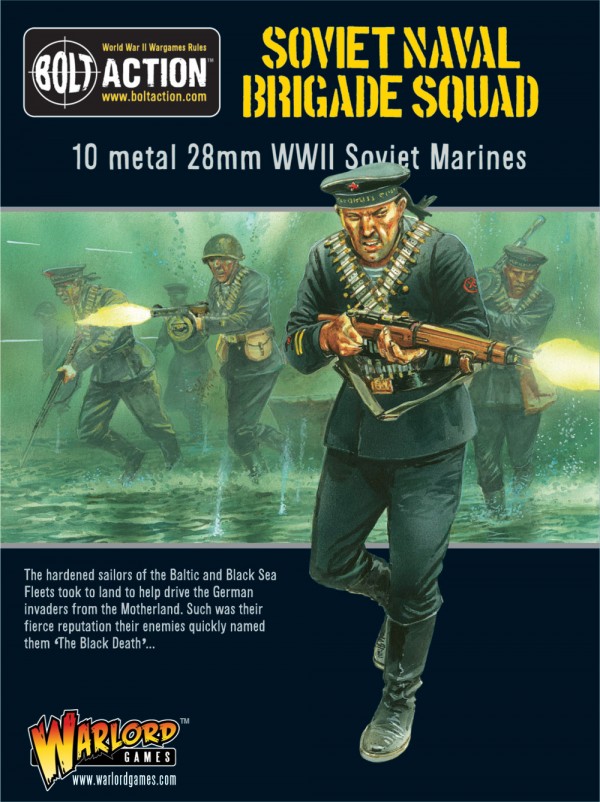 The Brigada Morskoi Pekhoty was formed from the grizzled veterans fighting against the Germans earlier in the war. Armed with rifles, LMGs and submachine guns, they were tasked to defend naval bases and pressed into frontline troops. They were dressed in dark blue/black uniforms and earned the nickname “Black Death”.  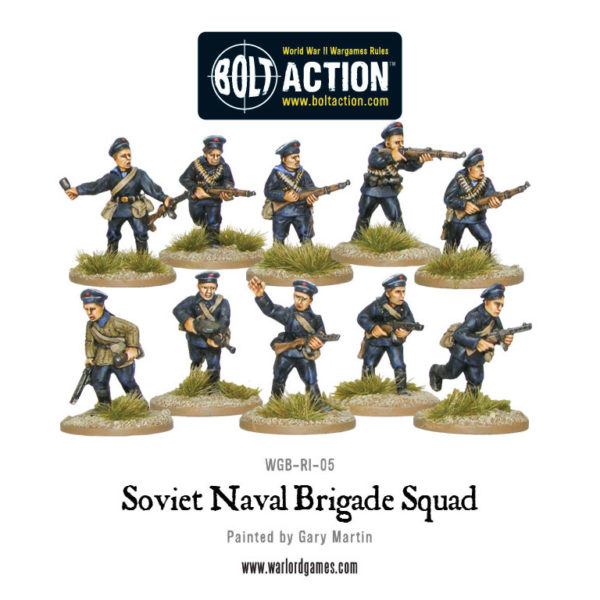 The “Black Death” was often backed up by their own heavy support, a Bronekator Type 1124 armoured boat! This formidable vessel was armed with two T34 tank turrets and three MMGs, making this a formidable base of operations for the naval landing forces. These boats were often transported across land via railway, in heavily armoured carriages. 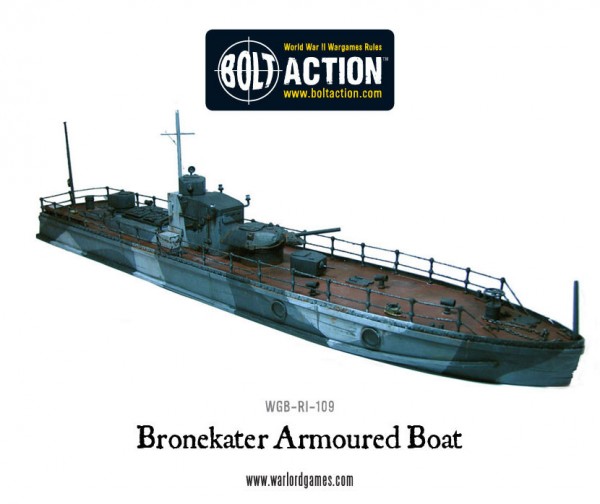 One of their most famous actions occurred defending the grain elevator at Stalingrad. The immense grain elevator would prove to be a vital position, being heavily protected from enemy fire inside the concrete walls of the building. During a lull in the fighting, a German tank sporting a white flag came to persuade the Soviets to lay down their arms and surrender, otherwise they would be shown no mercy. The Soviets response was a no, and told the Germans they could walk back to their own lines. The Nazi tank attempted to reverse but was prevented in doing so by two volleys from the defenders’ two anti-tank rifle! The soviets would fight off around ten full scale attacks from the Germans, who outnumbered them ten to one. Despite losing horrendous casualties in the firefight, their stubborn determination not to surrender earned them their nickname. 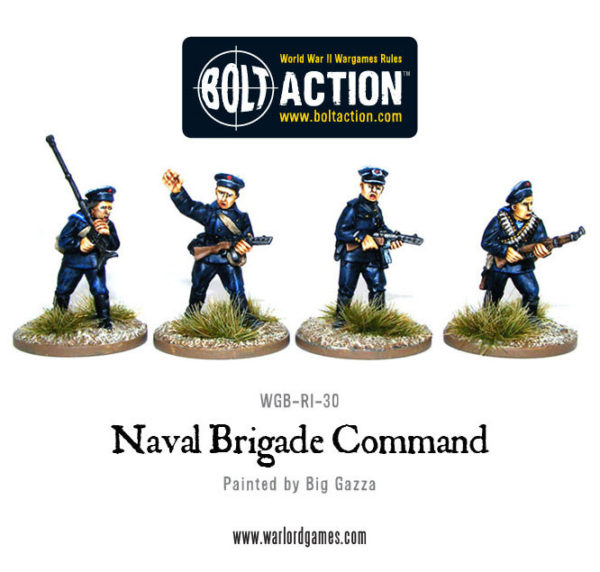 So – head over to the webstore and muster reinforcements – with the ‘Ostfront’ Theatre Book now shipping, it’s the perfect time to gather your comrades in preparation for the bitter conflict on the Eastern Front!