Major Howard was in command of the 2nd Oxfordshire and Buckinghamshire Light Infantry, which would spearhead the assault into German occupied France. Howard had risen through the ranks and had earned the respect of his men along the way, eventually taking command of D company. 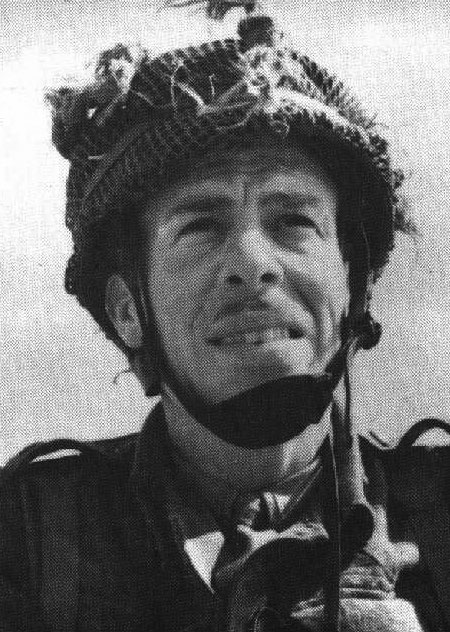 The need for an airborne assault rose very quickly in the allied invasion plans of Europe. The army came up with a pre-invasion exercise, involving Howard’s men to take and hold two bridges, and stopping the “enemy” from destroying them. The initial training was a complete failure. However, for Howard it was a great learning experience. With the exercise in mind, he sought out a location similar to what they would be assaulting in Normandy, two bridges close to each other with a short distance between them. The locations chosen, near Exeter, were to be used for training his men day and night. He also trained his men to emulate what the sappers would do to any explosives found at the bridges should they be killed in action. They were trained to use assault boats should the bridges be blown.

Howard prepared his men for every eventuality, including if only one glider should reach the bridge and any falling short of their mark. Basing his plan on his experiences of the exercises undertaken he felt the crucial aspect was to take out the concrete pillbox first, before the Germans knew of their position. This was also the likely place any detonations would originate from. Howard was adept at using his men for specific roles, for instance three would take out the pillbox, the reminder of 1st Platoon and the entirety of 3rd would rush the bridge while 2nd Platoon would take the eastern bank. His 3rd and 4th Platoons would take on similar roles at Ranville Bridge. This tactic would work almost perfectly when enacted at Pegasus Bridge. Major Howard’s knowledge and skill on the field would mark him as one of Britain’s legendary figures in WW2.

Major Howard is supplied as an exclusive miniature in our ‘Pegasus Bridge’ and ‘Ham & Jam’ sets – he makes for a superb HQ model, and is sure to inspire your men to take the fight to the occupying Germans! 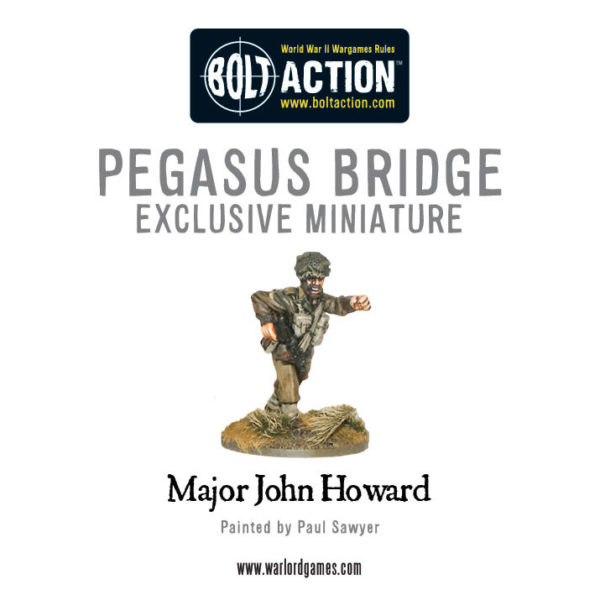 You can find rules for fielding Major Howard in our Theatre Book, ‘Battleground Europe: D-Day to Berlin’  which chronicles the fighting from the Allied landings in France through to the push in the Fatherland.