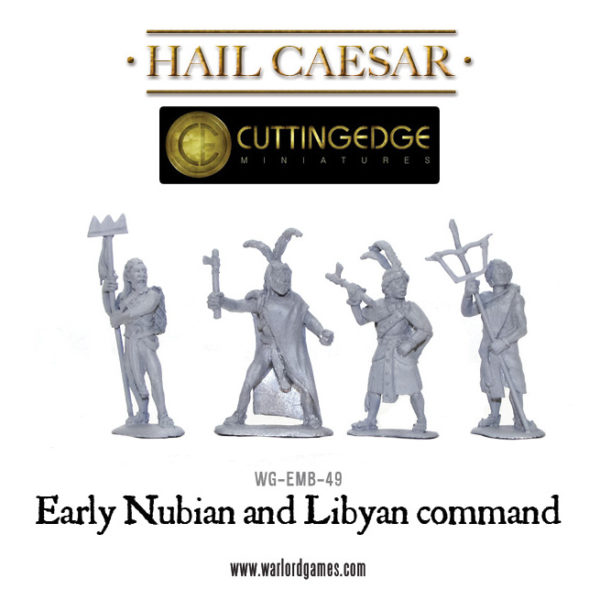 It is not known whether the early Libyan and Nubian tribes used standards or musical instruments in battle or what they appeared like. However, as many wargamers like to include them, this pack satisfies this need!

The Libyan standard is based upon the Early Egyptian Nome Standard for the western desert which is perhaps appropriate as the Libyan tribes emanated from the west. The standard bearer also carries a drum on his back and so can be used equally as a musician. The Standard’s top may be cut off if a musician solely is required and the staff can be fashioned into a spear instead.

The Nubian Standard likewise is based upon an Early Egyptian Nome standard from Upper Egypt in the deep south from where the Nubians and Kushite tribes resided, which is perhaps appropriate. Such Nubian standard bearers may also have served in Egyptian army contingents made up of Nubian or Kushite warriors. Again the standard bearer also carries a drum on his back so can be equally used as a musician with or without the standard as with the Libyan standard bearer.

The Commands are suitable for Nubian and Libyan armies from the Early to Late Bronze Age.