The Pharaoh also had a personal retainer bodyguard of heavy axemen, also known as Shemsu.
Armies of both the Old and Middle Kingdom of Egypt also used native Egyptian light javelinmen and other auxiliary skirmishers in a supporting role. These included Nubian Archers, Libyan Javelinmen and Amurru or Bedouin Slingers. 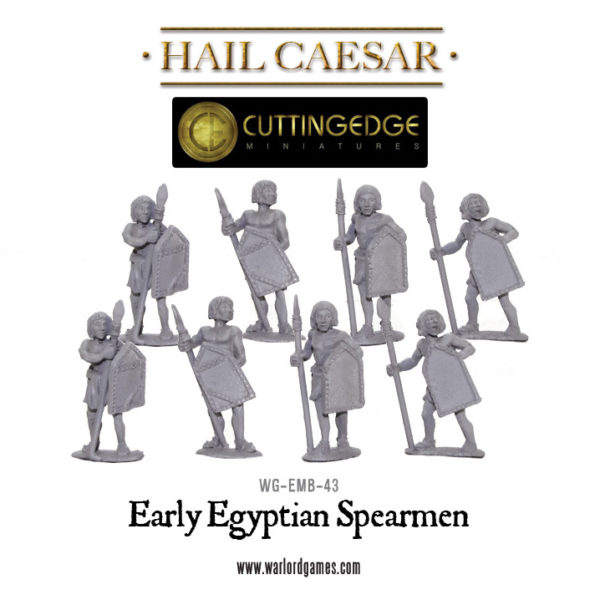 Early Egyptian Spearmen with Light Spear and Shield. These Spearmen can be used in both Old and Middle Kingdom armies as Conscript Spearmen, recruited from the various districts, or Nomes, of Egypt in times of war. 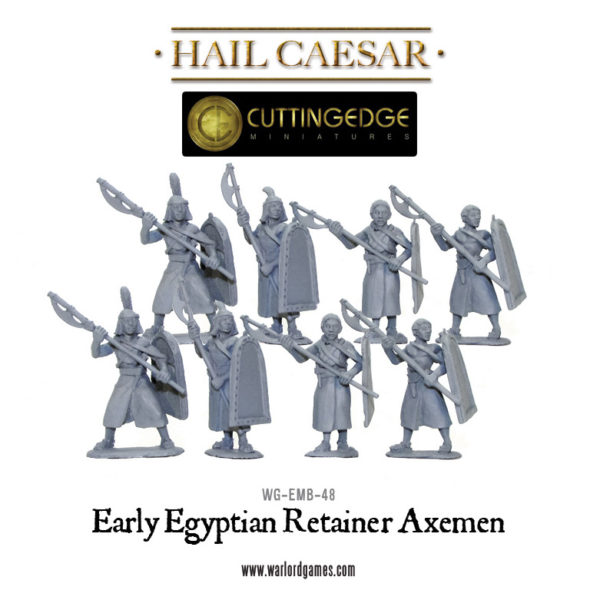 Guard or Retainer heavy two-handed axemen of Old or Middle Kingdom Egypt. These Retainers were also known as Shemsu and accompanied the Pharaoh or other Commander in battle. Although seemingly incompatible with the two-handed epsilon axe these retainers are armed with, they are depicted in reliefs with a huge body shield.