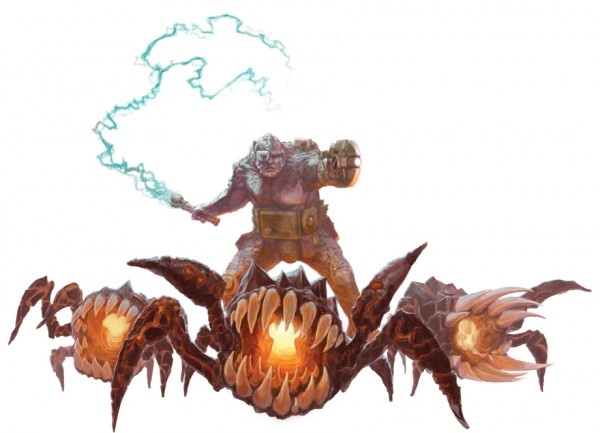 Here’s more eye candy from our up-coming science-fiction game – Beyond the Gates of Antares. This week we take a look at the ferocious Lavamites – creatures enslaved by the Boromites to aid their mining processes. 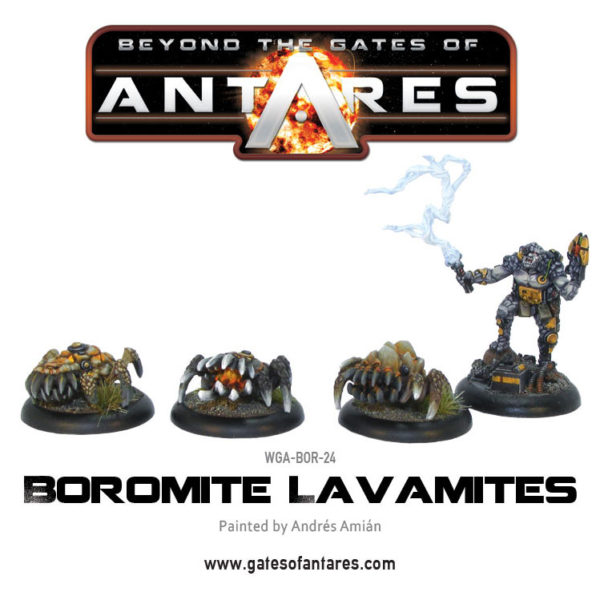 Fitted with implants, the Boromites are able to direct them in a drone-like manner. During mining operations, the Boromites use them to explore for minerals – their powerful jaws capable of tunnelling their way through solid rock to get to the ores upon which they feed.

By using Lavamites instead of more sophisticated drones the Boromites can also keep many of their less savoury operations secret from the IMTel of others.

In battle Lavamite units are employed as assault troops – they take to the battlefield in small packs accompanied by their controlling Boromite handler who keeps them in line with his lectro-lash. They are able to regurgitate molten rock from their stomachs and spray it at the enemy at point blank rage before clamping down with their great jaws, tearing at the enemy until nothing is left standing. 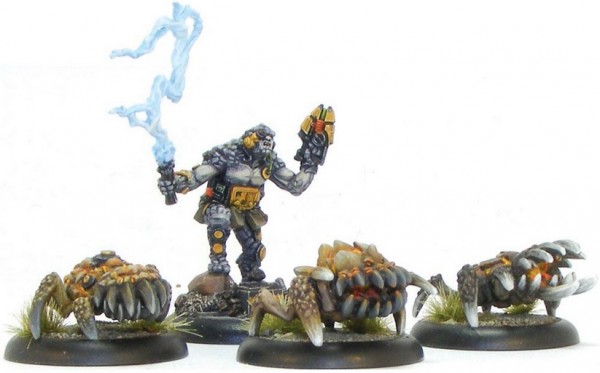