Here’s a first look at a few of the models that will form our Fall of Berlin range. Here are three Waffen-SS soldiers from SS-Sturmbataillon Charlemagne. 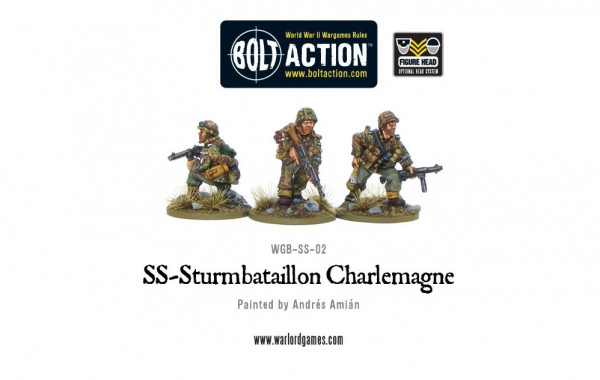 These French volunteers were one of the last German units to see action in battle during World War II, where they held central Berlin and the Führerbunker against the onslaught of Soviet infantry.