Big Gazza has worked his painting magic on the Waffen-SS range once again! This time on more future releases lending more punch to your SS force… 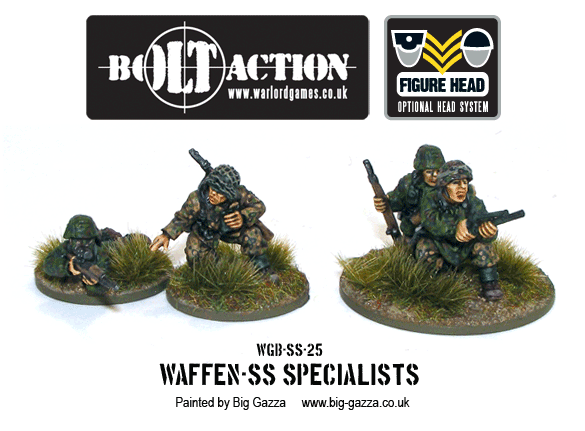 …and some sizzle to your squad with a Flammenwerfer 35! 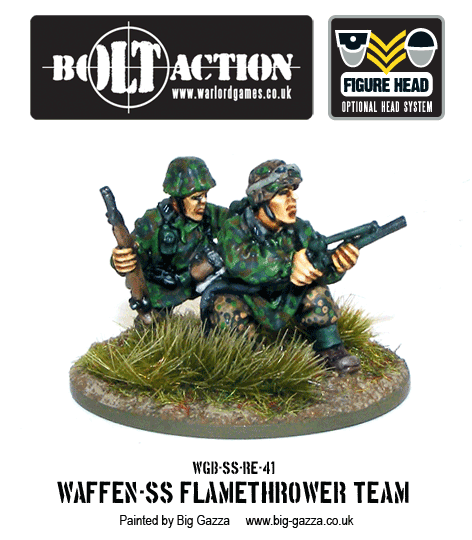 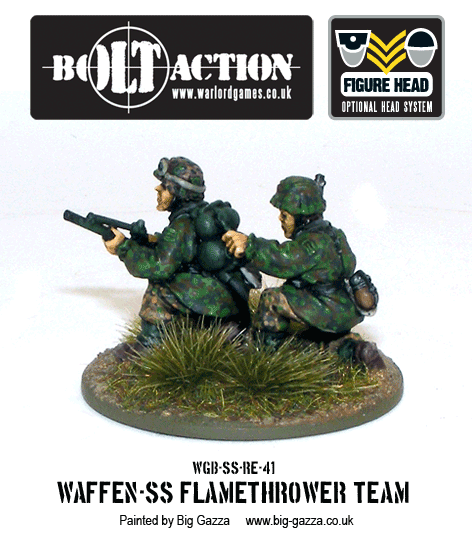 As usual with this range it has separate heads as part of our Figure Head system. This means you can mix and match heads from different models to give you a unique looking force.

Keep your foes heads down or pick out command models with a deadly sniper team. The Sniper’s come with one of two heads – the camo-covered metal faceplate  shown here and also a helmet with net faceveil (being painted at the moment – we’ll show it you soon!). 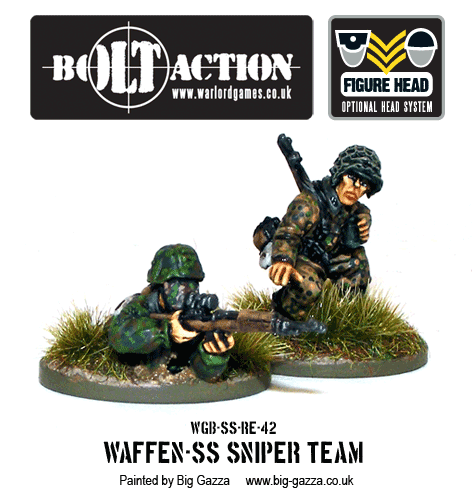 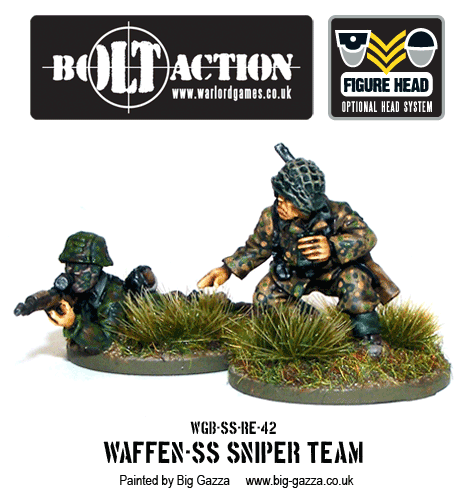 If these specialist teams don’t fit the bill with their pinpoint firepower we may have something that will pound the enemy into the dirt with this 10.5cm LEFH 18 gun. Marvellously modelled onto a scratchbuilt base by Big Gazza this gun will come with the three sets of ammo cases/crates shown here. These peices add bags of atmosphere to this daunting artillery iece. 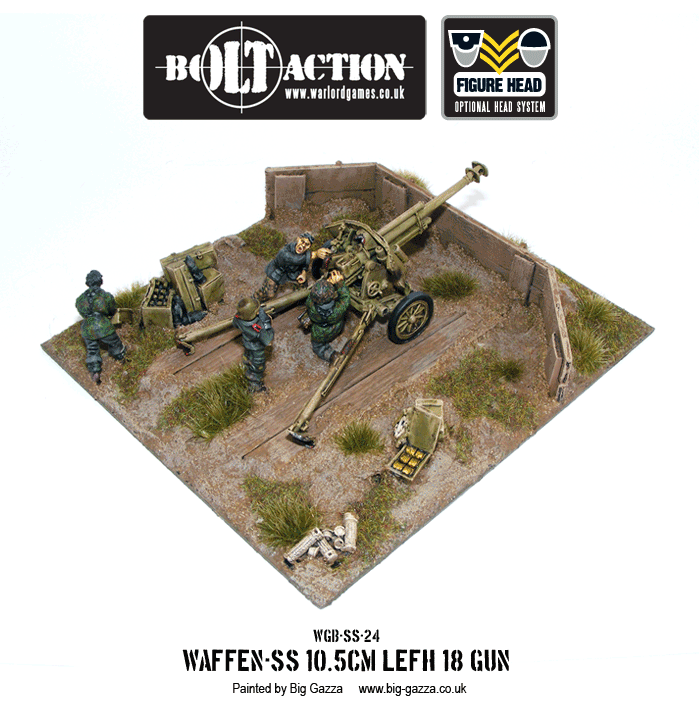 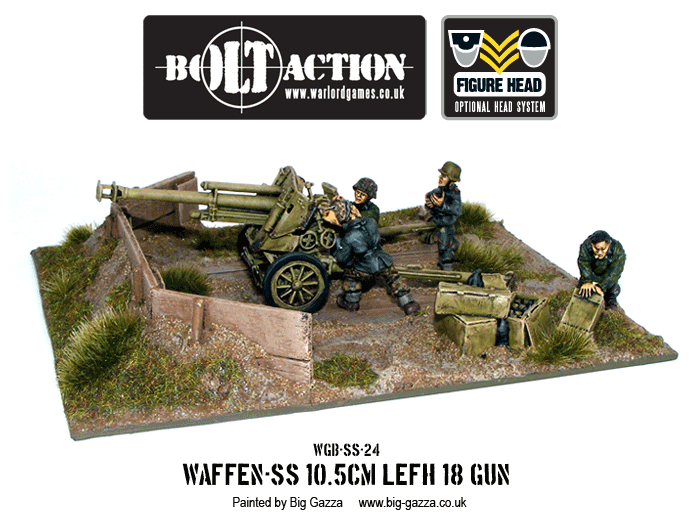 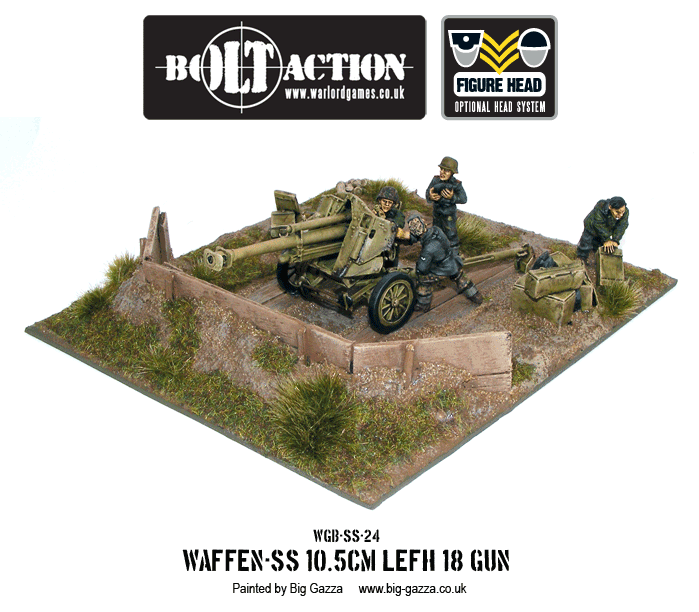 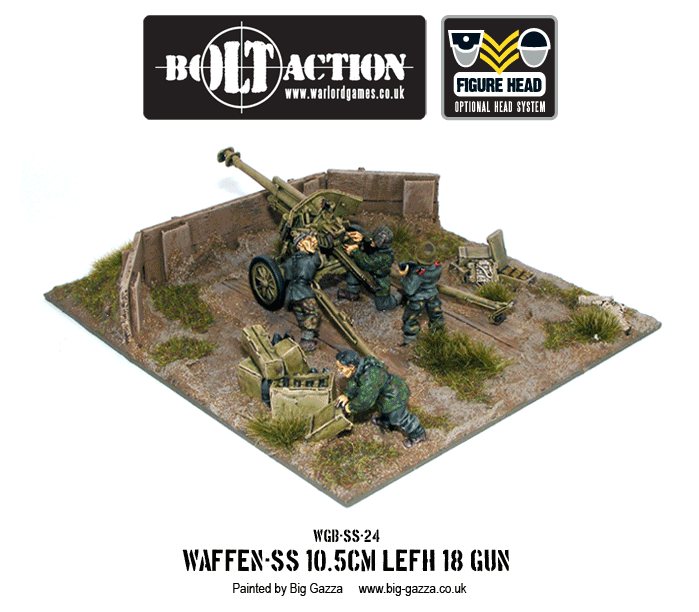 That’s not the end of the SS range by a long way – whilst these miniatures will be released in the near future we already have more for the Waffen-SS on the way. We’ll show them off just as soon as the painted models arrive at Warlord HQ! Until then you can get cracking with your own SS force – check out what’s on offer here…