Out today is our SS-Sturmbataillon Charlemagne metal boxed set – Frenchmen who volunteered to fight for Germany against the Bolshevik Soviets. 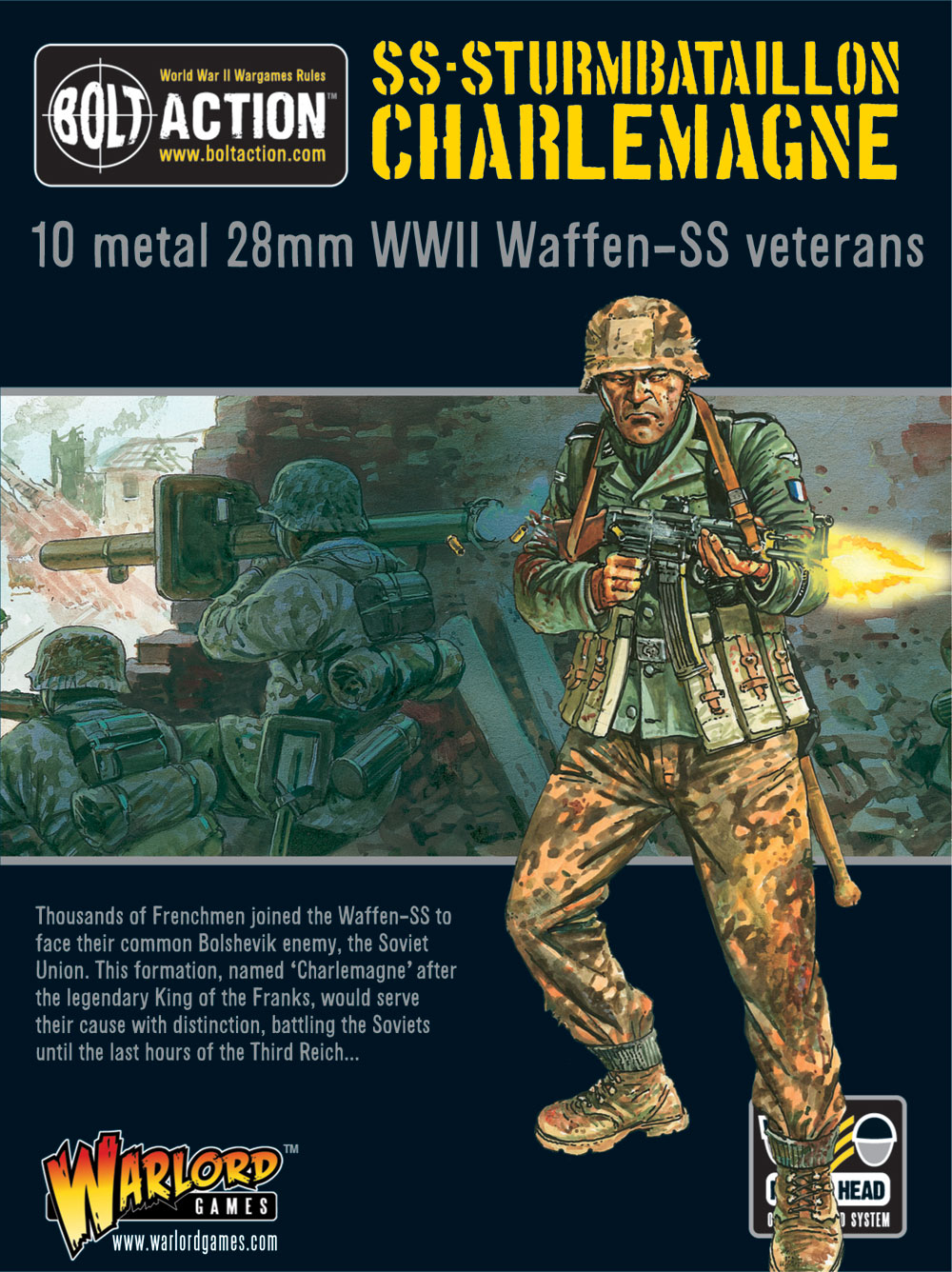 The Second World War saw many confusing contradictions as politics and ideals clashed in epic campaigns that were once thought inconceivable. One such oddity was the Charlemagne division, the 33. SS-Grenadier Division which fought ferociously for the German cause on the Russian front. They were unusual because they were French citizens  who volunteered to join the Legion of French Volunteers against Bolshevism, later to be renamed the Charlemagne Division.

At full strength it consisted of over 11,000 men, all who decided to join the Nazi cause and crush Communism. They fought very well in many battles in Russia and Poland, often against appalling odds and, remarkably, actually broke into Berlin to defend their Führer with 350 remaining men (Unterscharführer Eugene Vaulot destroyed eight Soviet tanks with panzerfausts, earning a Knight’s Cross)!

The men of the Charlemagne Division, marked by their tricolor shoulder badge, were destroyed in Berlin and many met a grim end at the hands of vengeful Free French forces; an understandable but sad end to an elite fighting unit. 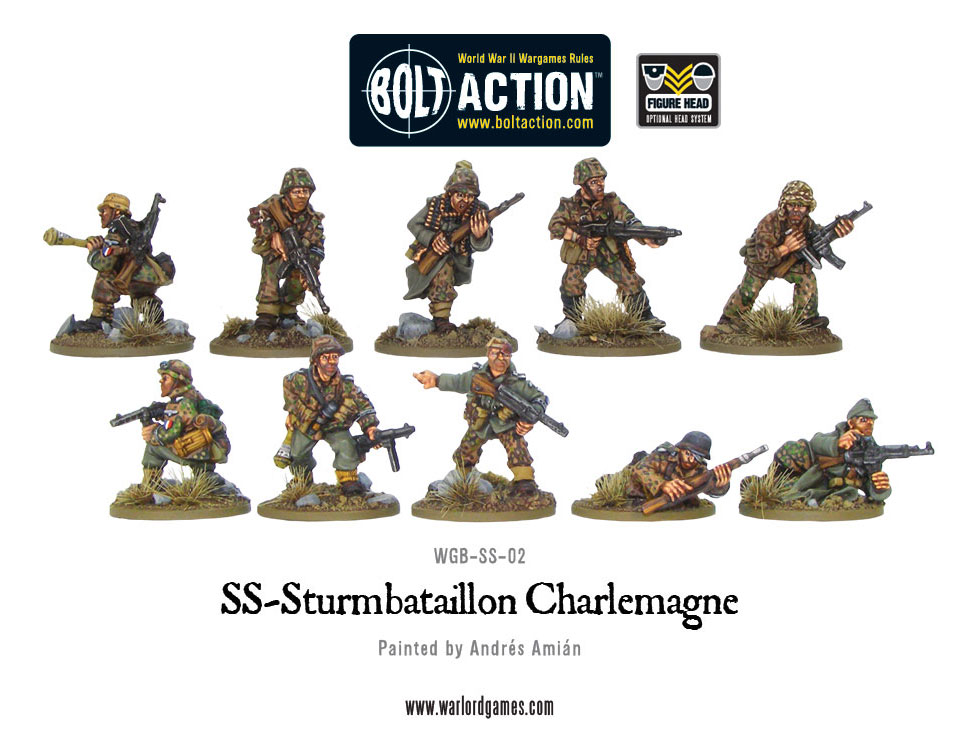 This boxed set contains 10 metal miniatures – armed to the teeth with assault rifles, submachine guns (the iconic MP40, looted Soviet PPSh and also the Italian Beretta that was in widespread use by German forces in the latter stages of the war). As you can see there are also panzefausts, an MG42 LMG tam and a sinister SS man with combat knife at the ready!

Each models is supplied with separate heads as you’d expect with our Figure Head System – allows you lots of variety in terms of headgear and posing.

Whilst these miniatures have been specifically sculpted to reflect the Charlemagne troops they can just as easily be painted as any SS unit – all you need to do is remove the tri-colour sleeve badge.