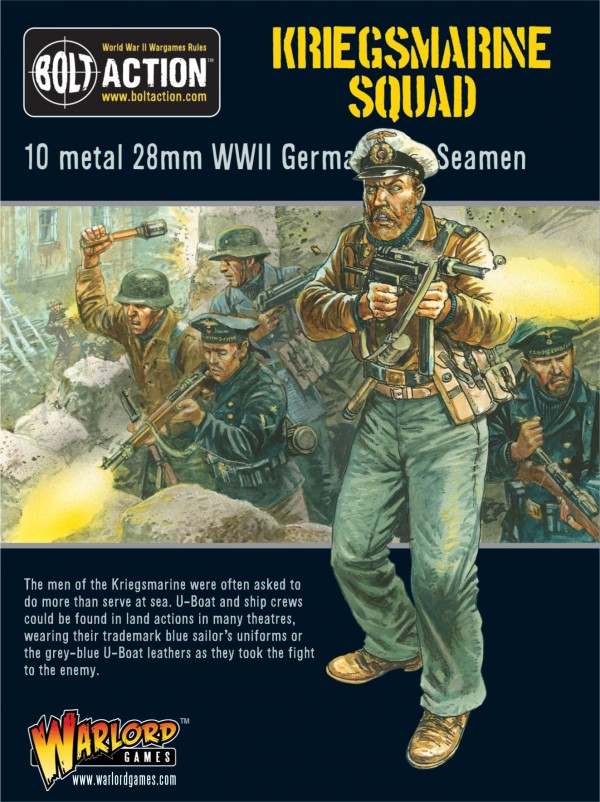 The German Navy (or Kriegsmarine) had the peculiar battle honour of being involved in the first action of WW2 and also its last.

Infantry units of the navy, equipped with Wehrmacht weaponry and wearing their trademark dark blue uniforms and steel helmets, assaulted the Polish port of Danzig in the opening action of the war and, five years later, flew into the maelstrom of Berlin, landing in parks and on lakes using seaplanes or any other available transport aircraft. This time they were equipped with panzerfausts in an attempt to stave off the avenging Russian armour.

They formed at least three divisions and some regular army officers were placed in the units to give them the value of their experience. They frequently fought under their usual officer, so a unit could be led by a Korvettenkapitän or U-Boat commander.

They fought in Poland, Narvik, Russia, Dieppe, Arnhem, many of the cut off German garrisoned ports, as well as Holland and Berlin. The Welsh 53rd Division fought them regularly in Holland and found them full of fight, giving them the nickname of the “Blue Devils”. 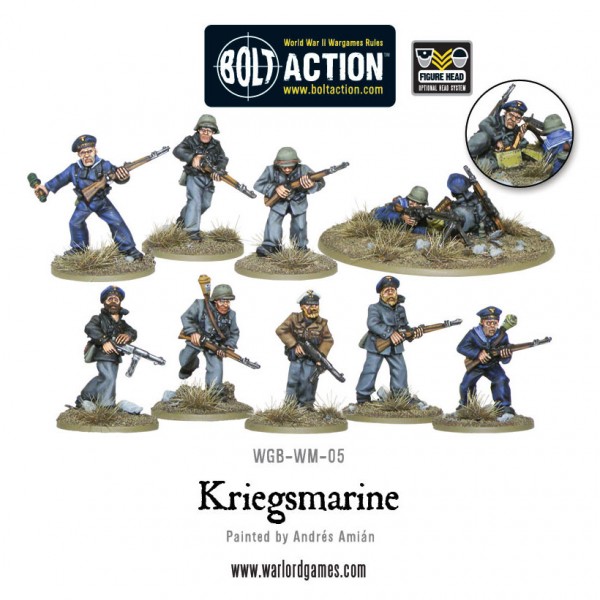 This superb new boxed et contains ten metal models, each with the Figure Head system of separate heads. Included are an officer/NCO with MP40 SMG, 6 riflemen (two also carrying Panzerfausts), a 2-man LMG team and a second sailor with MP40 SMG. This colourful squad, clad in U-Boat leathers and dark blue Kriegsmarine uniforms will provide your army with something a little bit different!