Defend your Soviet forces against the Luftwaffe with this Halftrack-mounted anti-aircraft gun. 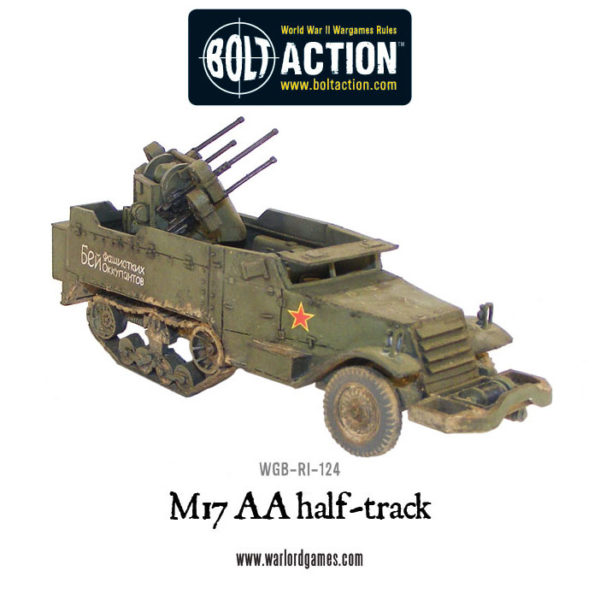 One of the main shortfalls in the Soviet arsenal was an armoured anti-aircraft vehicle to protect Red Army armoured formations from the attentions of the Luftwaffe. To alleviate this weakness in the face of Hitler’s air force the lend lease agreement allowed Soviet forces to take receipt of 1,000 ZSU M-17 MGMC AA halftracks in 1944. 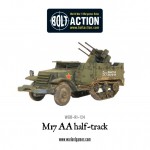 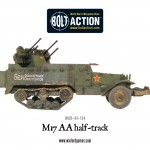 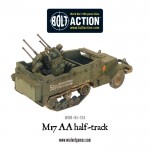 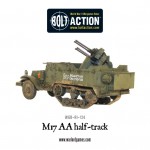 Very similar in look and design to the US-operated M-16 MGMC, the M-17’s main difference being its production on the International Harvester M3 halftrack as opposed to the M3 of the M-16.

Armed with the quad .50 Cal Browning heavy machine guns, the M-45 Maxson turret quickly earnt the M-17 the same nicknames as its American cousin – the ‘Meathchopper’ or ‘Krautmower’… 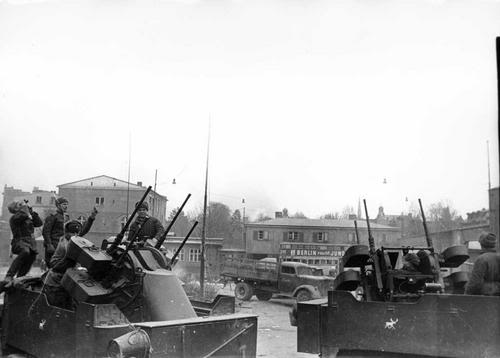