Developed from the earlier two axle GAZ AA truck (we’ll be releasing that soon too!) the GAZ AAA was made by the Gorky Automobile Plant (Gorkovsky Avtomobilny Zavod – GAZ). This solid truck was used by the Soviet army to transport troops and supplies as needed. 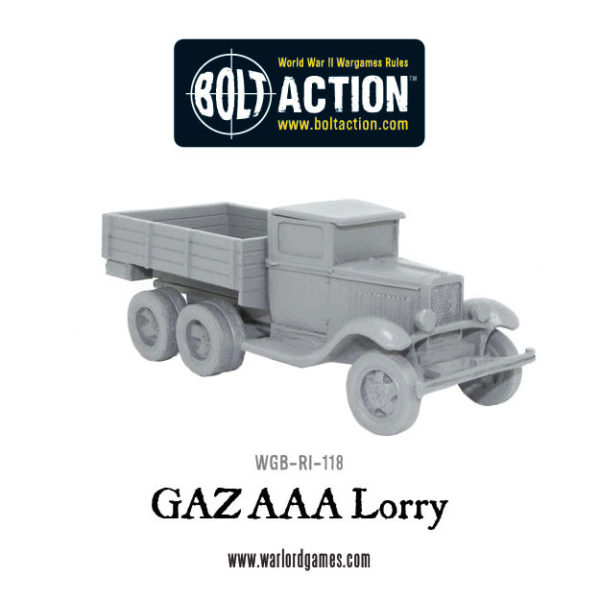 The GAZ AAA was produced between 1934 and 1943 and proved to be robust and reliable and apart from the basic cargo truck version shown here also formed the basis for numerous variants such as an ambulance, mobile workshop, fuel bowser (see below) and also a platform for anti-aircraft guns. 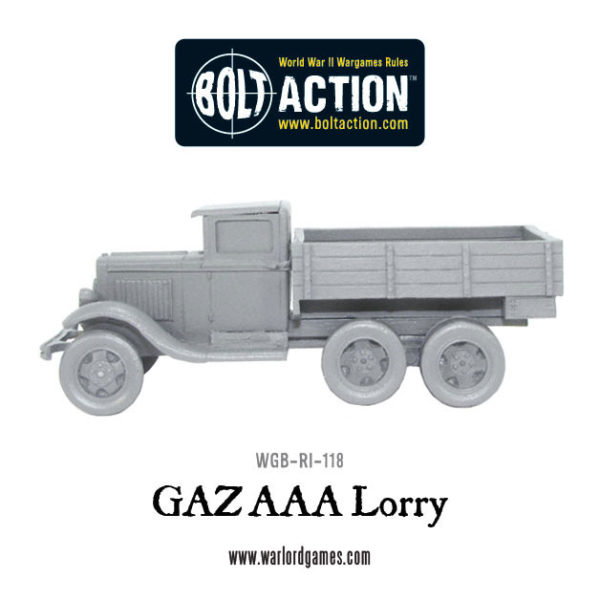 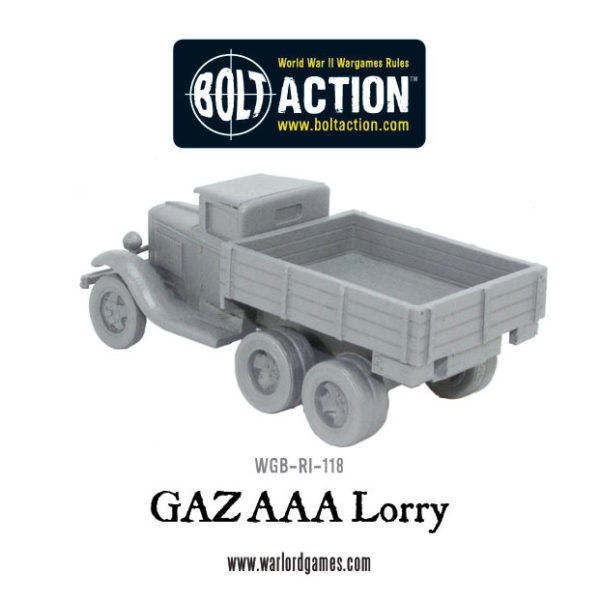 There were several GAZ AAA-based variants used as fuel bowsers. Our new model is more commonly known as the BZ38U and it carried much needed fuel to the Red Army’s vehicles and aircraft. 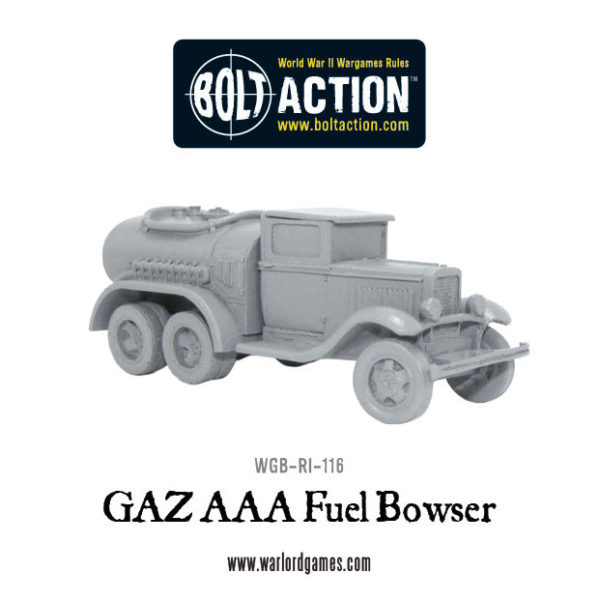 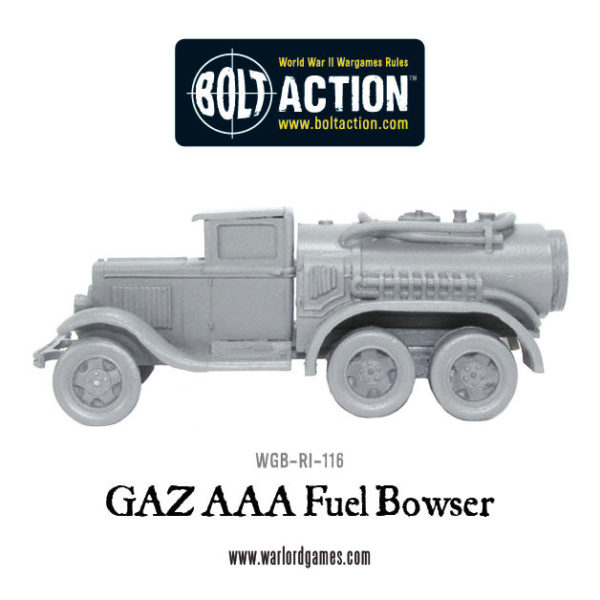 This great model adds extra variety to your Soviet columns and also adds extra character to your scenery collection (would also make a for great scenario objective as the Germans try to either capture the precious fuel or destroy it to deprive the hated Ivans of its use! 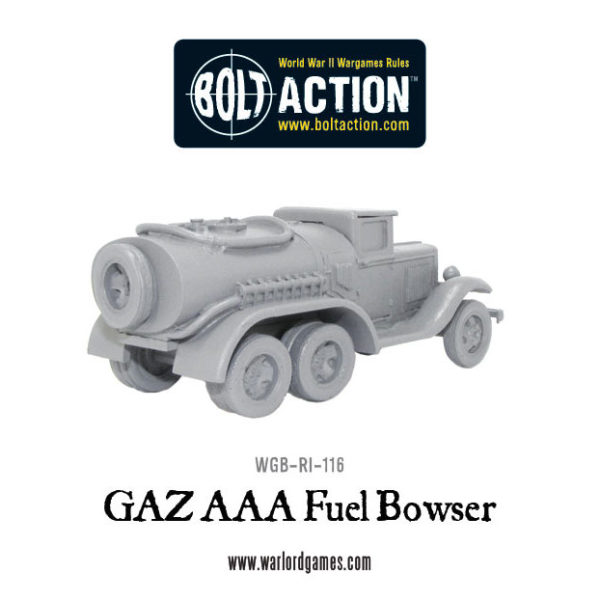 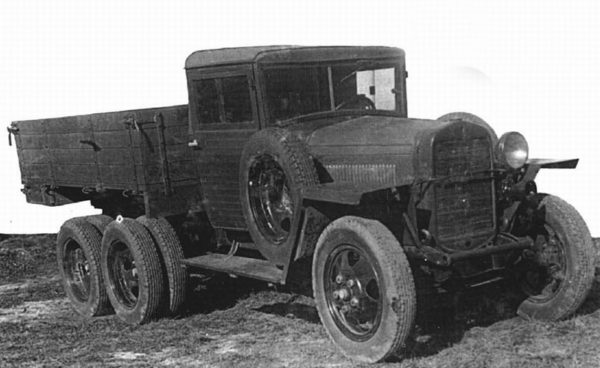 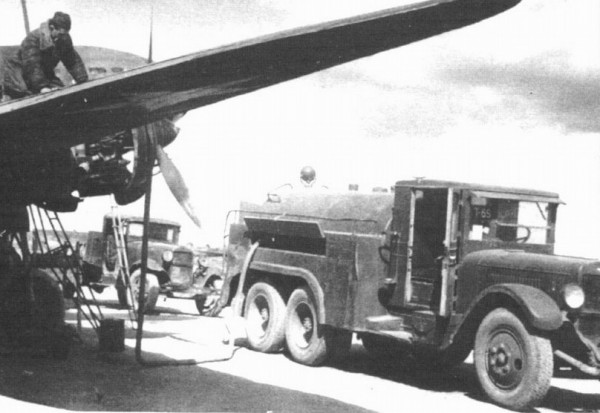