Brave comrades laying their lives on the line against the German Panzer with a variety of anti-tank weaponry. 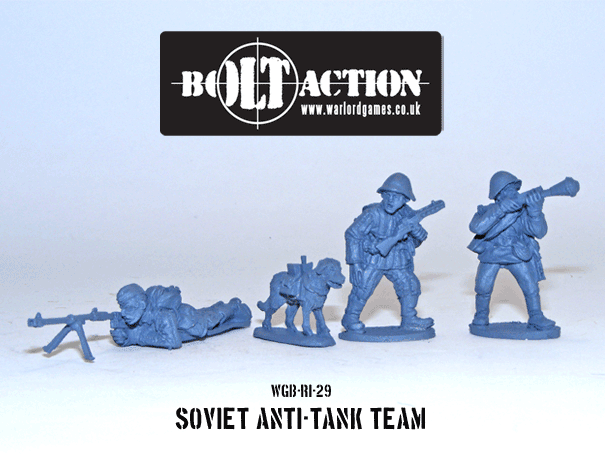 With a lack of their own anti-tank weapons the Soviet forces had to be resourceful when fighting German armour. Our Anti Tank team consists of three men, one with a Soviet Anti-tank Rifle, one with a captured Panzerfaust and finally a dog handler armed with a PPsh. The dog is an Anti-tank Dog and has been trained to search for food under tanks. When carrying an explosive pack this makes for an (occasionally) effective, certainly controversial, anti-armour weapon.

Pick up this pack by heading here. 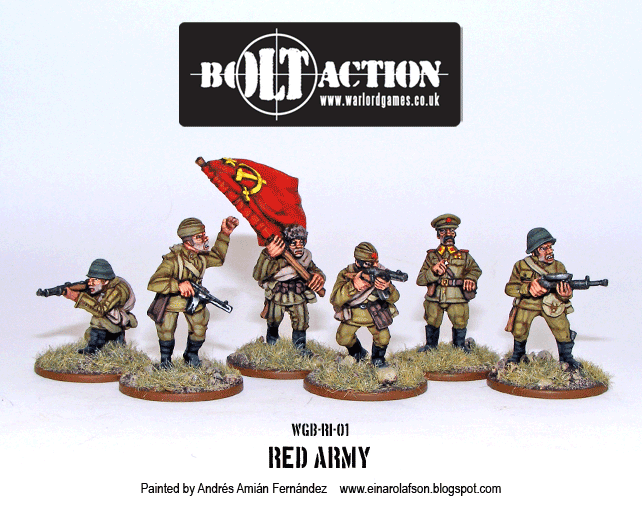 Purchase this great boxed set here in the webstore!

Finally, you do plan on hitting some German armor with these ATGs right? Our wrecked Hanomags are just the thing! 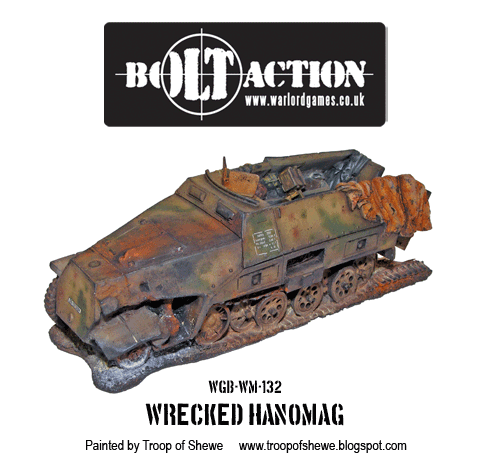 Here’s the first of our wrecked Hanomags. Pick one up in the webstore here. 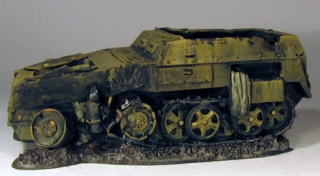 Here’s a wrecked version of a Sd.Kfz 250. You can pick one up by clicking here.