The difficult terrain markers provide an easy method to indicate a ruined vehicle on the battlefield. Its design allows players plenty of level surface area on the model in which to place troops to indicate that they are in cover. 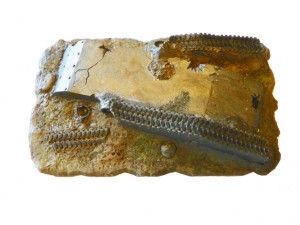 The second depicts a damaged turret near a blast crater with gun barrel, broken armor plating, sections of damaged treads, tread gears, and the rib cage of a fallen soldier. 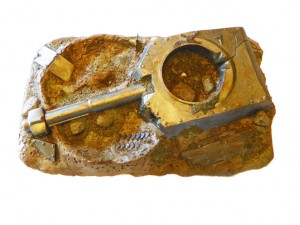 The five 40mm round resin objective markers provide an easy method to indicate key objectives on the battleground that standout from other terrain on the battlefield.

The science fiction objectives include an ammo dump, a fuel depot, a fallen missile, a downed battle standard, a hidden entrance to an underground bunker. 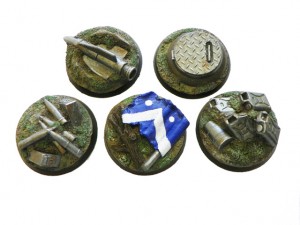 The fantasy objectives include a fallen unit battle flag, a lost payroll treasure, a sword in the stone, a column from an ancient ruins, and the coffin of a fallen hero. 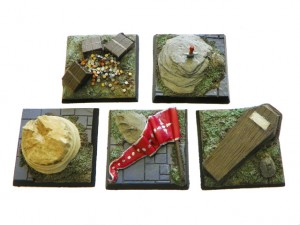 All four are available right now in the Warlord Games store.