Fresh from the US factory floor, the Sherman M4A3 75mm is ready for action with your Bolt Action American army. Used almost exclusively by the US armed forces (with a few being utilized by the French), this sturdy tank was a backbone of the US armoured divisions. 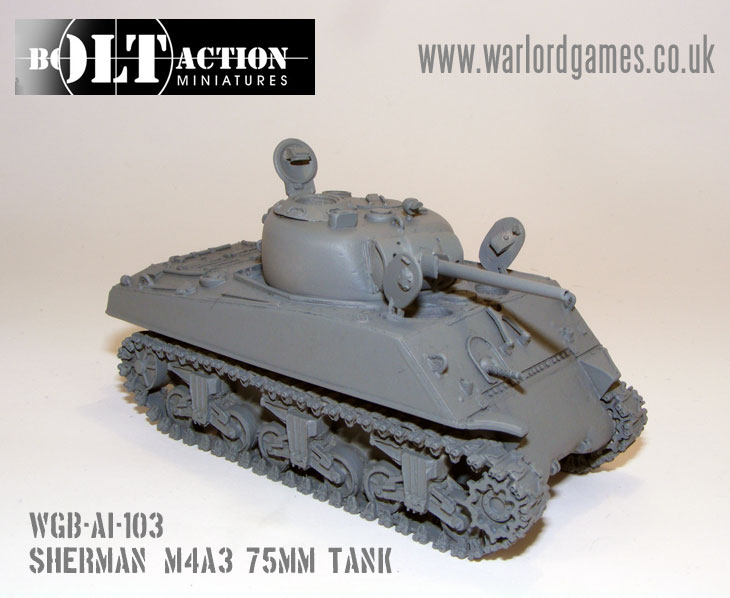 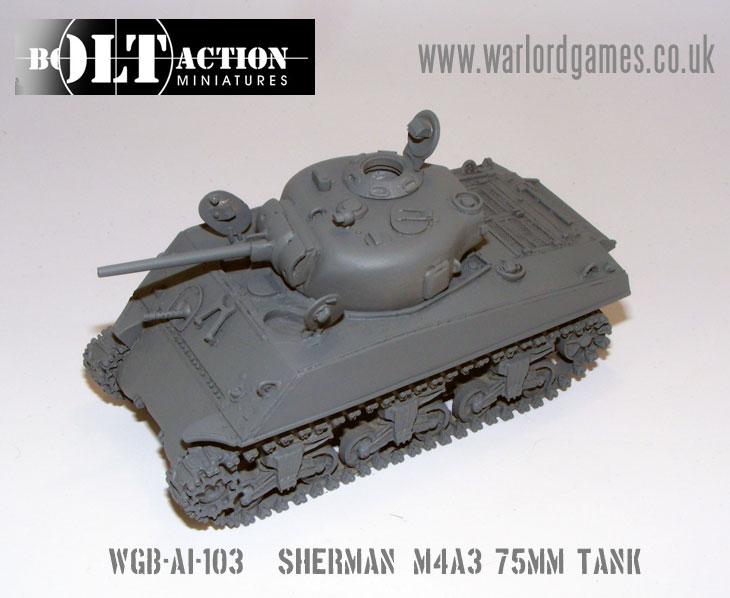 Originally produced by Ford, the production of this tank was taken over by Grand Blanc in 1944-45. They incorporated some improvements to the design including a commander’s vision cupola and “wet stowage” for the ammunition.

With both of these fine all-American tanks released you can dd them to your Bolt Action army by visiting the Warlord webstore.