Warlord’s second 1:56 scale plastic vehicle is here and now ready to buy from our webstore – the iconic Soviet T34/85! 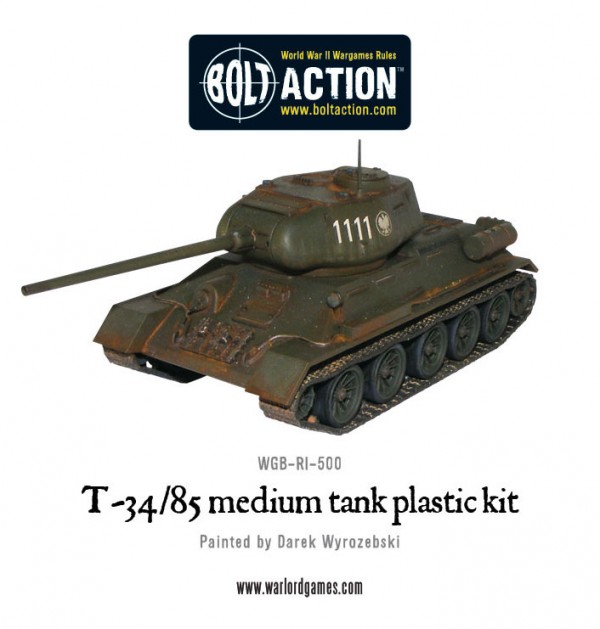 The T-34/85, the very symbol of Soviet military strength in the Second World War, had a new turret to house the more powerful 85mm ZiS gun. A supremely rugged and reliable tank, the T-34/85 had excellent off-road capability, especially in the marshland or snow of the Eastern Front, and was easy for the crew to operate and maintain. 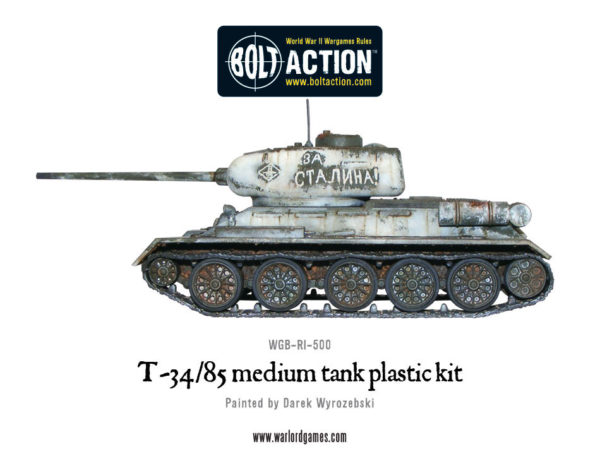 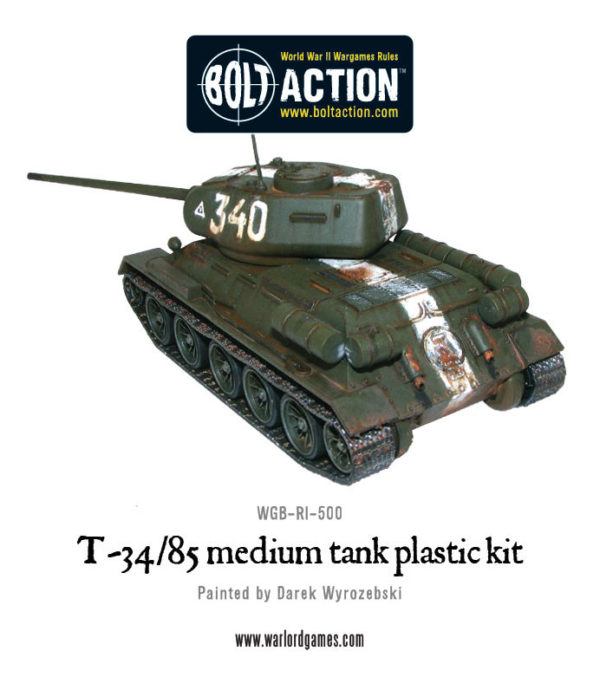 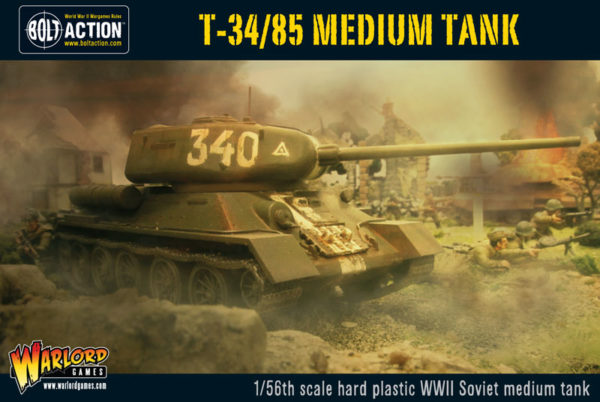 The box contains 1 plastic tank, assembly leaflet and the fantastic decal sheet shown below. Please note the models is supplied unassembled and unpainted.

You can add Soviet tank riders to your T34’s to replicate the Red Army going to war! 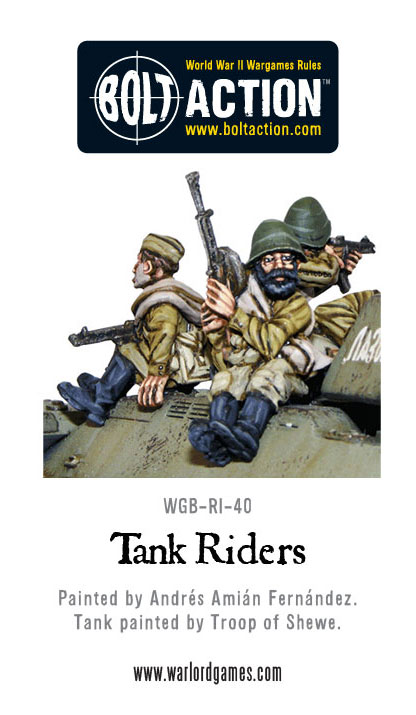 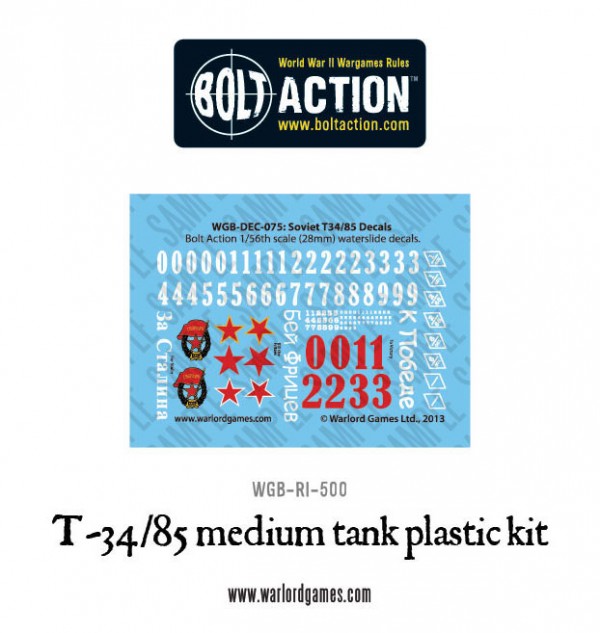 We love the cover for the boxed set and knew you’d want this as a wallpaper for your desktop. Your wish is our command… 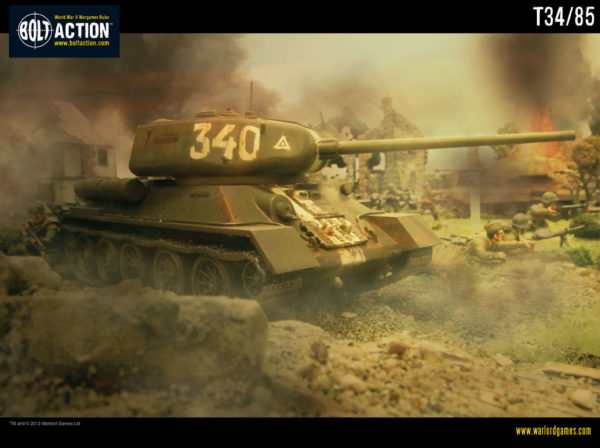