The Opel Maultier half-tracked truck is the perfect solution to the Russian Rasputitsa – the terrible winter conditions on the Eastern front! 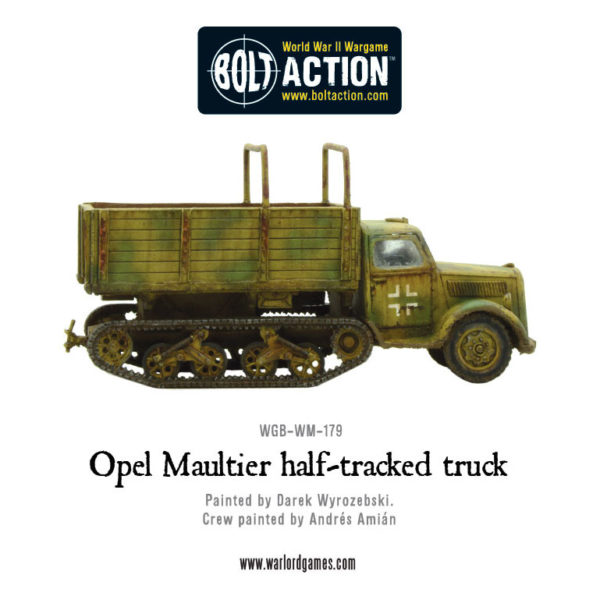 Late in 1941 German troops fighting on the eastern front experienced some of the worst conditions that could ever be faced, as the Russian Rasputitsa, signalling the beginning of winter and seen again before spring, descended the road networks into an almost un-navigable muddy quagmire. 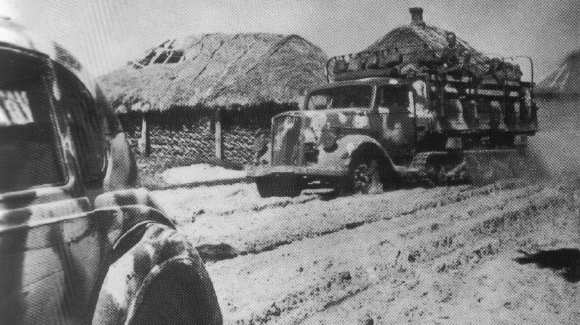 Wheeled transport vehicles were unsuitable for the muddy rasputitsa conditions and only halftracks were able to operate, but removing the armoured halftracks from their operational purposes for supply duties would have been unthinkable. 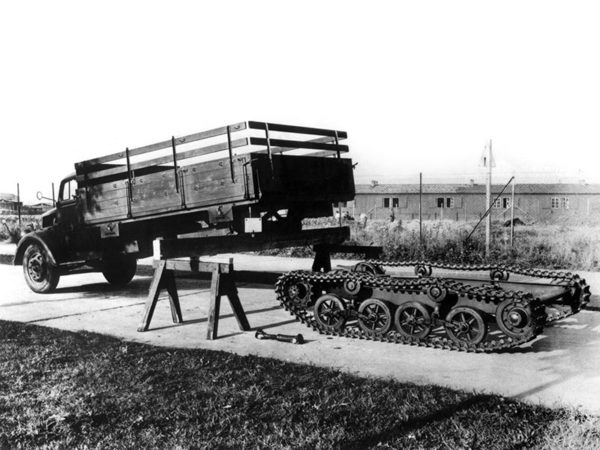 Instead, Germany began to build half-tracked versions of their Opel, Daimler-Benz and Ford trucks by removing their rear axles and placing new driveshafts connected to Panzer I track assemblies.

Most conversions were to Opel trucks, which proved successful in service – although they lacked the overall mobility of purpose-built halftracks. 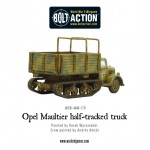 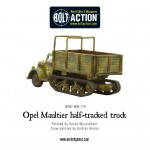 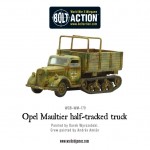 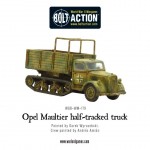 Later on in 1943 the Germans would re-equip some Maultier trucks with armored bodies, (SdKfz 4.) Some were even armed with the 10-tubed rocket launcher Panzerwerfer 42, designated SdKfz. 4/1.

The obsolete Panzer 1 tracks gave the Opel much needed traction in the mud of the Russian front, whether towing equipment or transporting troops it was a much sought after piece of equipment in its own right.

Our Opel Maultier comes to you as a fine resin casting with metal components including a driver. So wet your brushes, pop open those paints and grab yours today either singularly or as a special with the Winter Grenadier Squad pack: 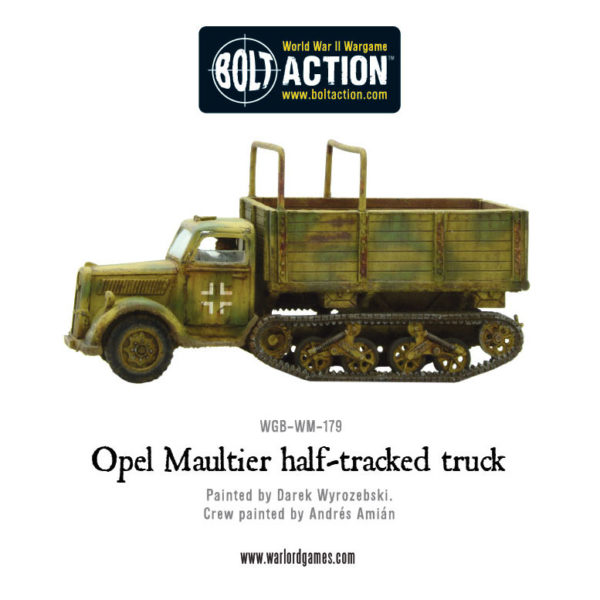 To help your forces get into battle we’ve a great little set consisting of the new truck along with the awesome Winter Grenadiers: 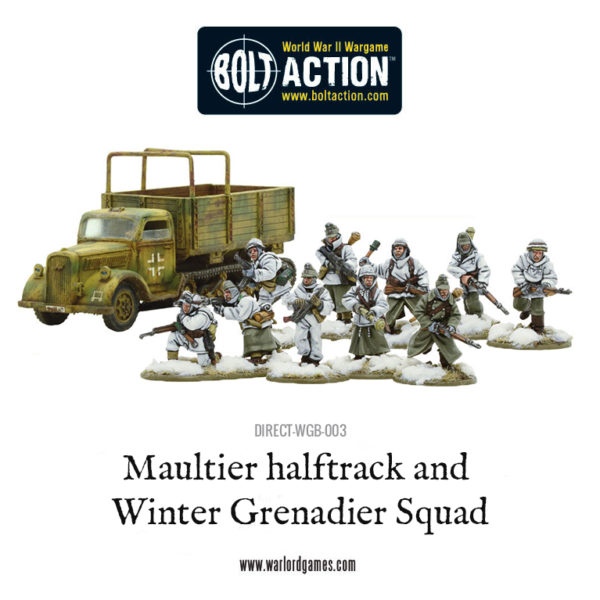 Of course if you’re battling it out across the frozen steppe there are other great pieces of equipment designed to cope with these arduous conditions – check out the Raupenschlepper OST otherwise known as the RSO.

Equipped with tracks and with the same stats as the Maultier, it’s a perfect compliment to your Ostfront forces. Get it here with the Winter PaK40: 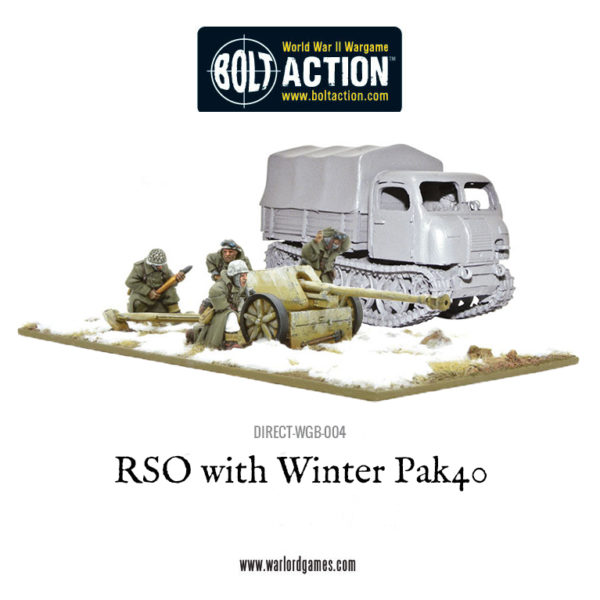