A much-requested addition to our range of Bolt Action resin vehicles is now here – the US M18 Hellcat!

The fastest tracked armoured fighting vehicle of World War II with a top speed up to 60 mph (92kph), the M18 Hellcat was an American tank destroyer armed with a 76mm cannon. 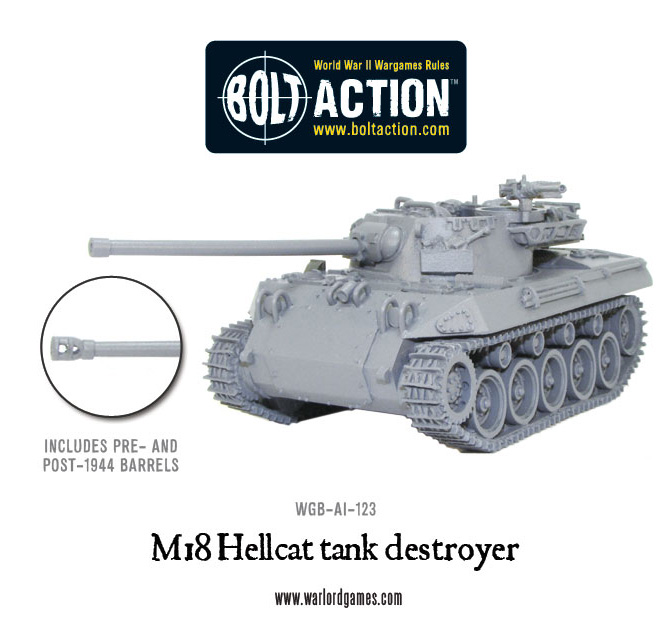 The Hellcat’s prodigious speed was attained by keeping it’s armour to no more than 1″ thick. Hellcat crews quickly learned took advantage of the vehicle’s speed to minimise the enemy’s ability to pierce its thin armour. Hellcats used their speed to outflank and penetrate the side and back of the heavily armoured German Tiger and Panther tanks. 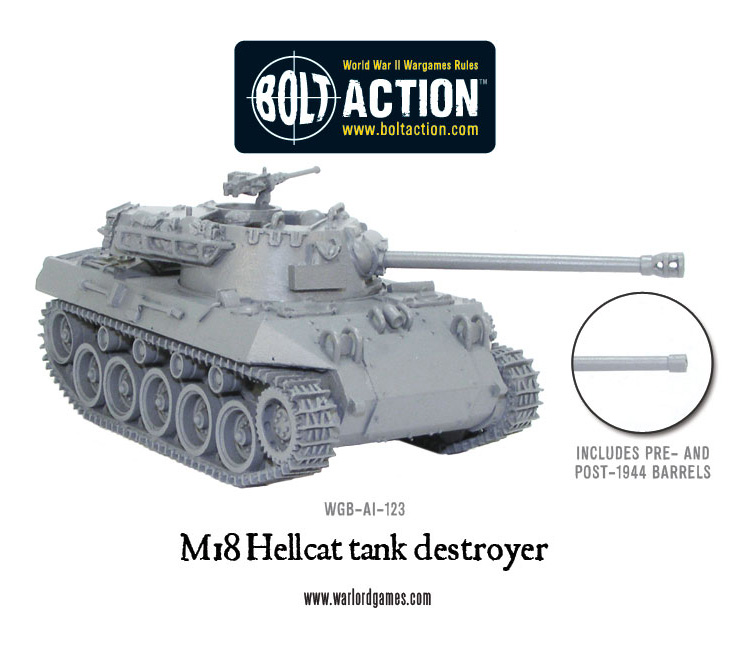 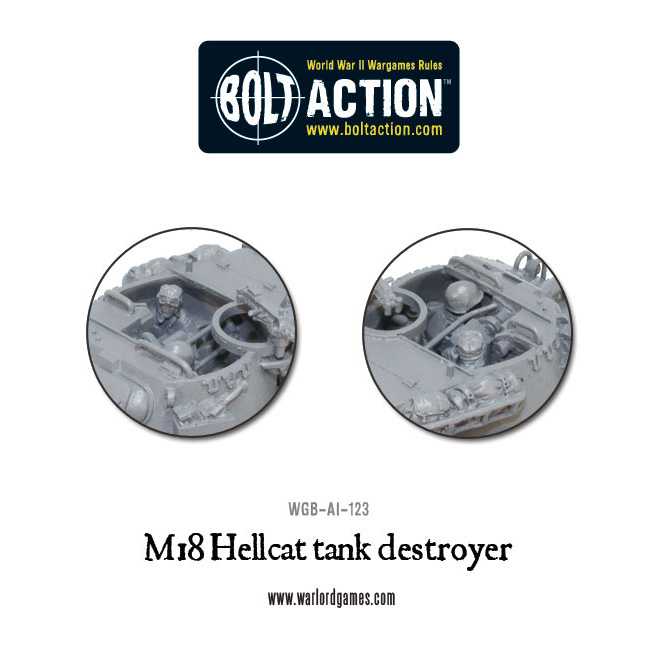 The M18 Hellcat saw service in the Western Front in the main. However it also saw action in the Pacific and in Italy. The US military also supplied the M18 to Chinese Nationalist forces opposing the Japanese in the Pacific theatre. As this was something of an overkill situation against weakly armoured Japanese tanks, the Hellcat was more often used in a fire support role. 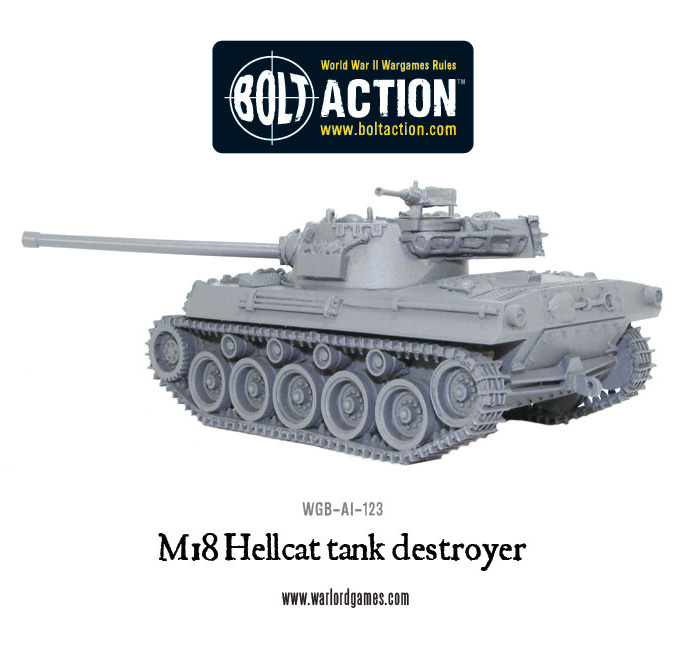 Post war, the Hellcat would see service with several nations and it is still in use with the Venezualan Army! 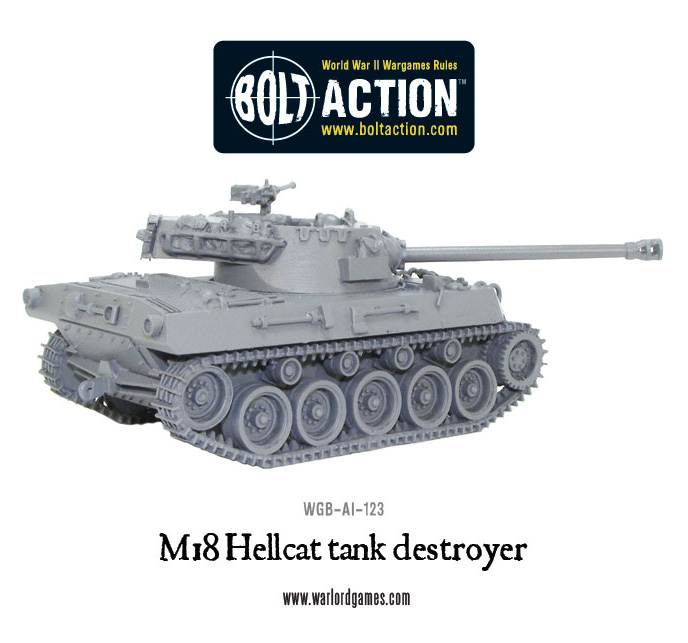 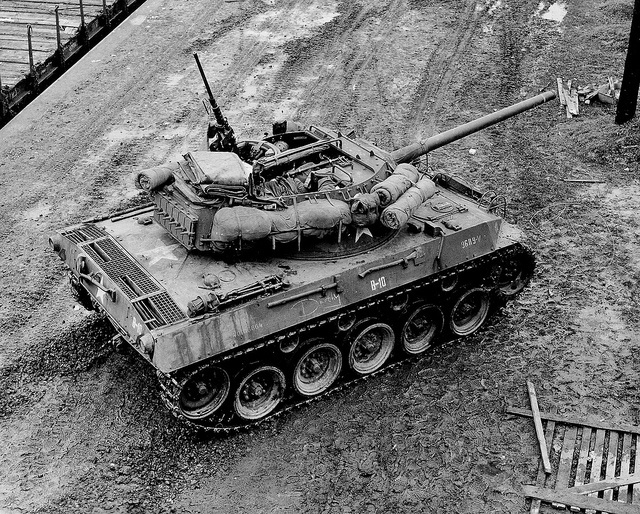