Are you energetic, innovative, self-reliant, physically and mentally tough, and able to live and fight in seclusion in the Libyan desert?

From the depths of the desert, where no one would expect an attack to come, arrives the Long Range Desert Group (LRDG) in two of their famous Chevrolet trucks, fully kitted out for fighting behind the enemy lines: 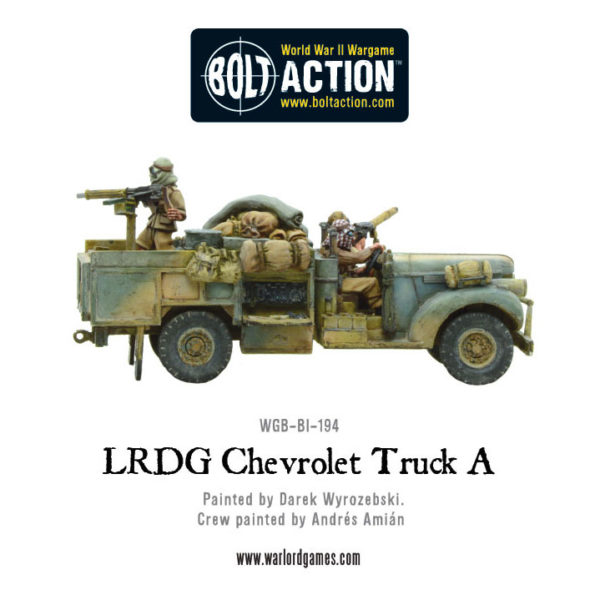 (not included in Wheels of Steel promotion)

The LRDG vehicles were mainly two wheel drive, chosen because they were lighter and used less fuel than four wheel drive. They were stripped of all non-essentials, including doors, windscreens and roofs. They were fitted with a bigger radiator, a condenser system, built up leaf springs for the harsh terrain, wide, low pressure desert tyres, sand mats and channels, plus map containers and a sun compass devised by their commanding officer Major Ralph A. Bagnold. 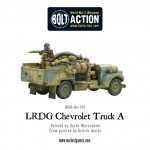 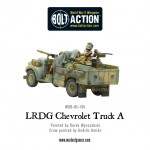 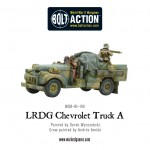 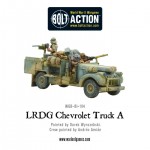 By December 1940, the vehicle armaments were re-considered. ‘T’ Patrol, for example, had five .303 Vickers medium machine guns, five Lewis guns, four Boys anti-tank guns and the Bofors 37 mm. Another Vickers gun used was the heavy Vickers .50 machine gun, which would be mounted at the rear of the vehicle. All of the unit’s vehicles were armed with at least one gun; each vehicle was fitted with six to eight gun mountings, but normally only two or three of them would be in use.

Both truck variants come with 3 crew with options to choose from 7 heads with our fantastic ‘Figure Head System’. Each truck has one of the crew in action firing his MMG and includes a pintle mount and spare MMG. 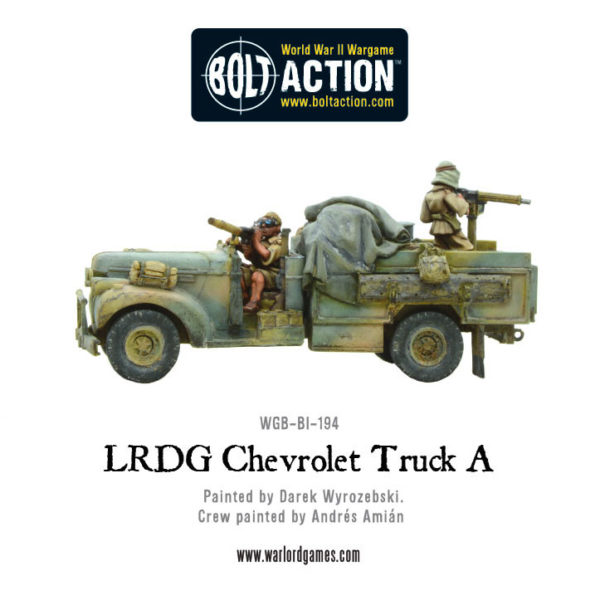 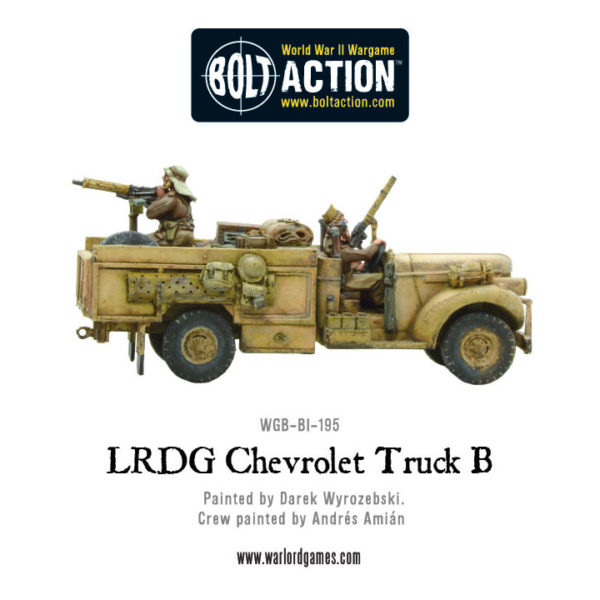 (not included in Wheels of Steel promotion)

Supplementing their army-supplied weapons, the LRDG was equipped with surplus Royal Air Force aircraft guns which were ‘acquired’ for their high rate of fire. The most widely used of these was the Vickers K machine gun, sometimes used mounted in pairs. From mid-1941 the LRDG acquired .303 Browning Mk II’s from RAF stocks, also mounted in pairs, with a combined rate of fire of 2,400 rounds per minute! 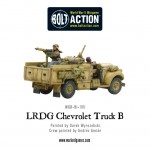 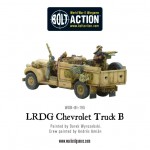 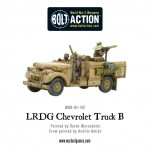 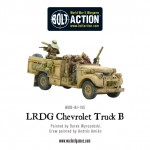 Initially the LRDG patrols were equipped with one CMP Ford 15 cwt F15 truck for the commander, while the rest of the patrol used up to 10 Chevrolet 30 cwt WB trucks.

Although the Chevrolet were misguidedly replaced by the CMP 4×4 Ford during 1941, by 1942 the Fords were being progressively replaced by 200 Canadian Chevrolet 1533 X2 30 cwts which had been specially ordered for the LRDG.

From July 1942 Willys Jeeps began to be issued for the patrol commander and patrol sergeant. 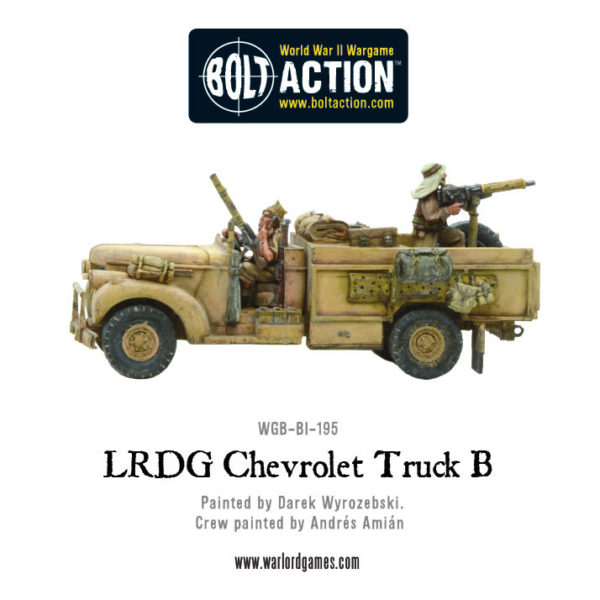 In Bolt Action these LRDG trucks and the SAS jeeps are listed for convenience as Armoured Cars (Page 56 Armies of Great Britain), in the ‘Behind Enemy Lines’ lists (page 73 Armies of Great Britain) you can take up to 3 vehicles so we thought it an absolute essential for the desert campaign, and the release today of Duel in the Sun, that you should be able to get your LRDG patrol in one go with this special set!

When you click the link to go to the store you’ll get both trucks A & B, you can then choose which 1 of the 2 SAS jeep variants you wish to add – with over 15% off the combined value why not add to your army today! 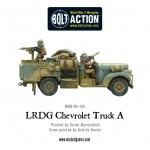 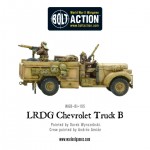 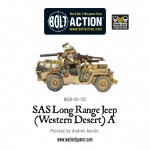 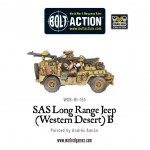 (Please note; the Behind Enemy Lines is not included in the wheels of steel as discount has already been applied for this special offer)

Don’t forget that we also stock a wide range of Osprey titles to complement our ranges and rules systems – below are four great books to read packed full of useful information about the forces that fought during this campaign.