We have two new Bolt Action resin vehicles for you this week – both are variants of the Lancia IZ/IZM armoured cars operated by Italy (and, latterly by German forces too).

The most numerous Italian armoured car to be produced during World War I, the Lancia Ansaldo IZ and IZM saw action in both World Wars as well as during the inter-war period. 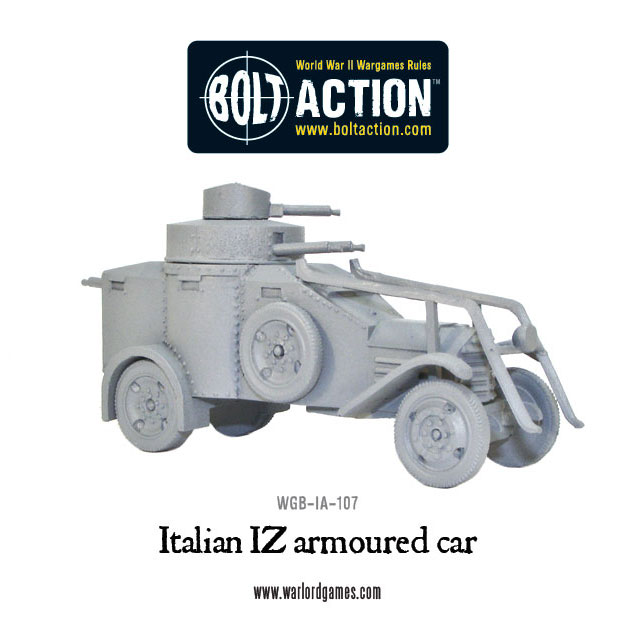 Development on a new started following an Italian army specification for a modern, heavily armed vehicle, in 1915. By mid-1916 Lancia had chosen its well-proven truck chassis which was already in army service. 10 Lancia IZ were produced in 1916. Characterised by it’s two-tier machine guns turrets, the Lancia IZ’s other most recognisable feature were the cutting rails designed to deal with barbed wire and similar obstacles prevalent on the battlefield of the Great War. 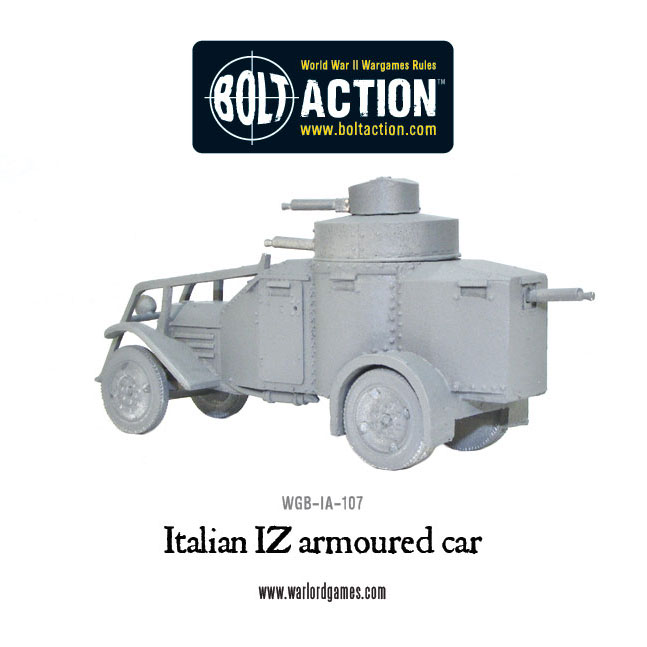 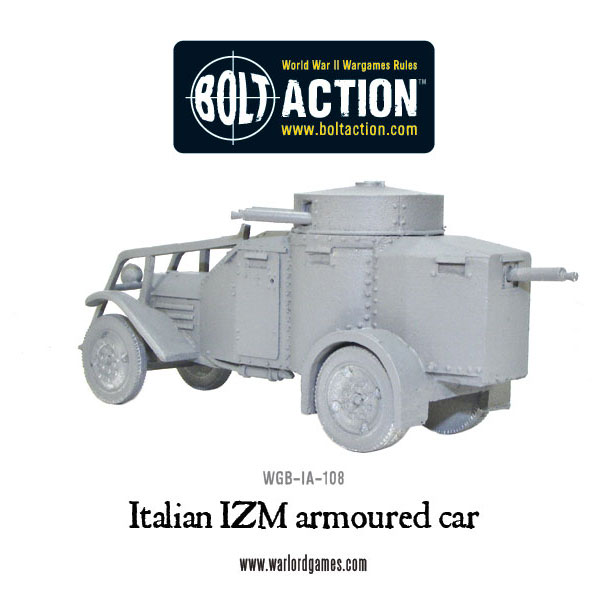 Seeing the success of the IZ, the Italian army ordered 100 more but after concerns about stability the top machine gun turret was removed. The rear fighting compartment was equipped with an extra port for a third machine-gun, and a rack for a liaison bicycle. The resultant IZM became available in 1917. 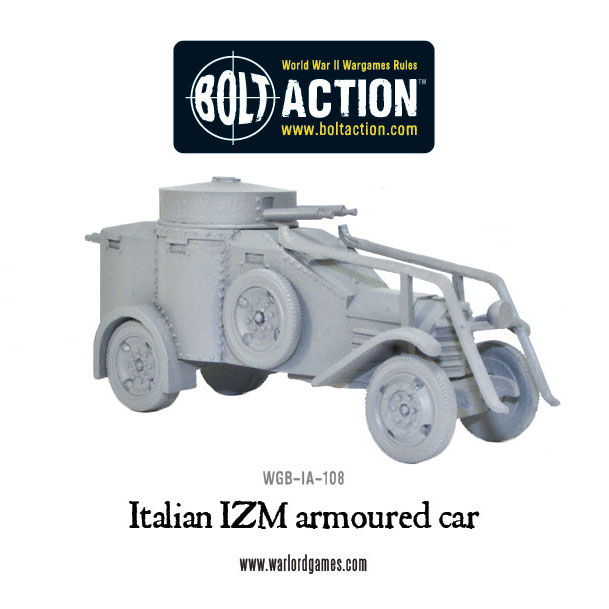 The two versions of the Lancia armoured car were used well guarding against Austrian incursions, playing an important part in the rearguard action covering the retreating Italian forces at Caporetto in 1917. Following the action at Caporetto, it wasn’t uncommon to see Lancia’s in service with German and Austrian armies as spoils of war. 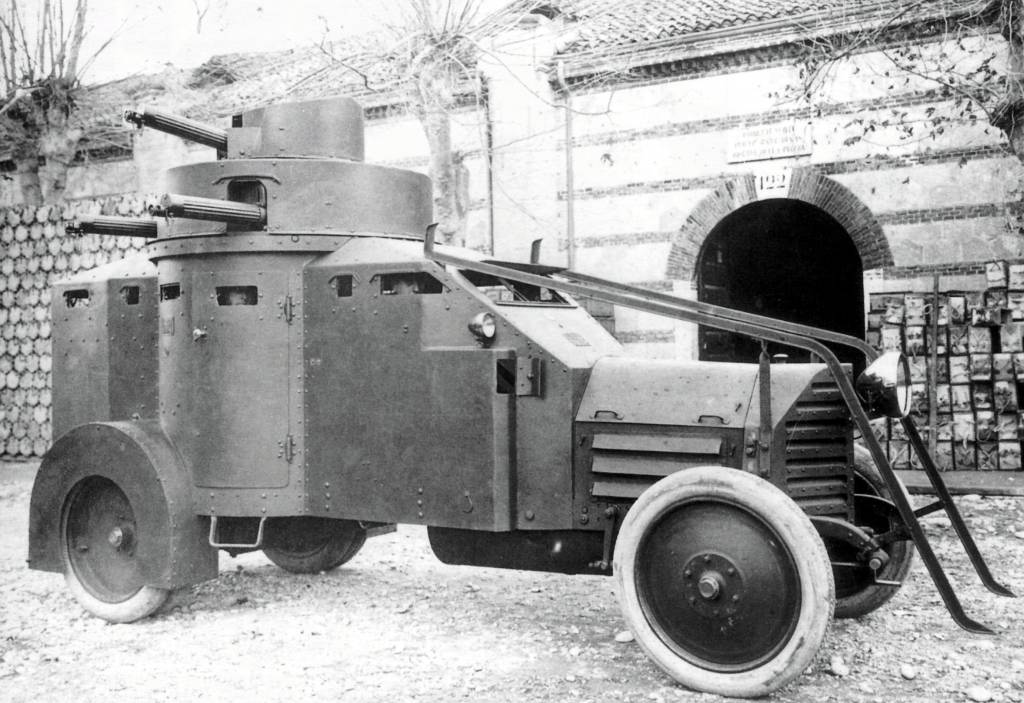 During the twenties and thirties, the IZMs the majority of IZMs were sent to East Africa and Libya as the Italians looked to protect their eastern colonies. The IZMs saw action during the Ethiopian Campaign in 1935, acting as reconnaissance units. The small Corpo Truppe Volontarie Italia also fought in the Spanish Civil War of 1936-38, supporting the Nationalists although these all but obsolete armoured cars fell prey to the Russian BA-3 and BA-6 armoured cars. 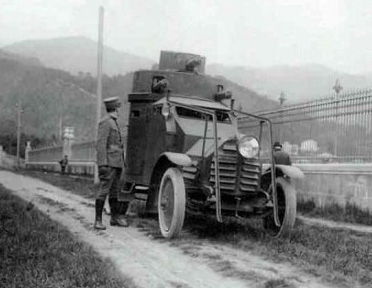 These completely outdated machines were still in service in Libya and other East African colonies when the Second World War broke out. Most fought in Eastern Africa where they met equally vintage British and Australian armoured cars, being all but wiped out during the course of those actions. Some were deployed with Italian troops in police and anti-partisan operations in the Balkans, primarily in Yugoslavia. By November 1943, those which survived were captured and pressed into German service. Some were sent to the army of Hungary, where most were destroyed or captured in 1944 during the Yugoslavian uprising and Allied conquest of Italy. 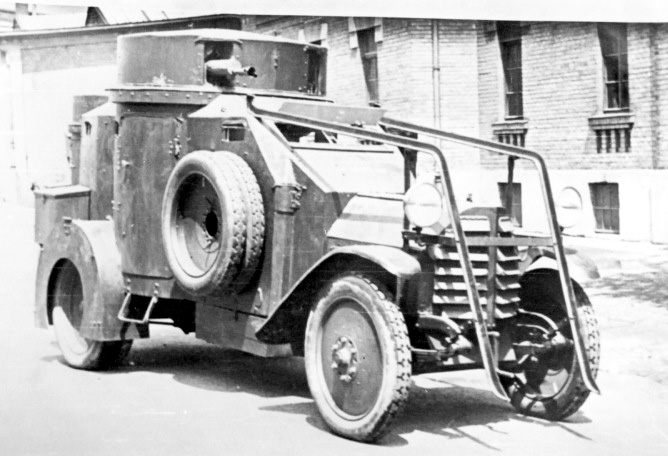 A solitary Lancia IZM has survived and is on display at the Museo storico della Motorizzazione Militare in Rome.