The forces of Italy receive extra support this week with the release of our new 47mm Elefantino anti-tank gun!

Officially designated the Cannone da 47/32 M35, it quickly became know as the Elefantino (‘little elephant’).  The Elefantino was produced under licence from the Austrian company Böhler and throughout the war would see action in the service of many nations including the Dutch, Soviets and Germans amongst others.

We have two versions released this week the first for the Italian Army as you can see below, 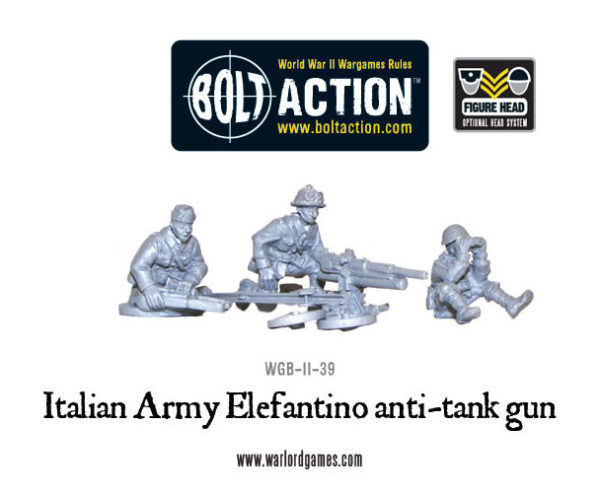 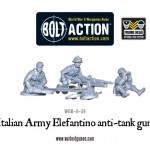 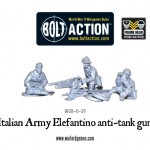 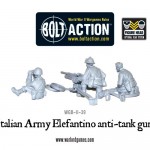 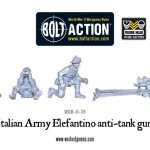 Each gun comes with two different sets of heads – 3 in sun hats and 3 with sidecaps/helmets. This allows you to choose whether your gun crew are fighting in the desert, Italian, Russian or European campaigns! We’ve shown a mix of headgear in the photos here to give you an idea of the options available to you.

We also have a version for the Italian Bersaglieri too… 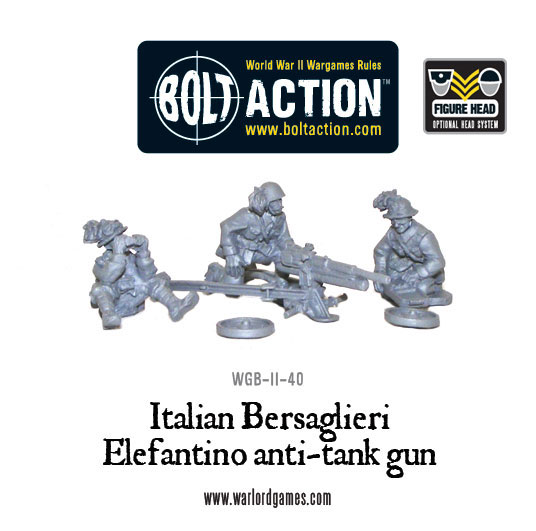 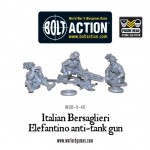 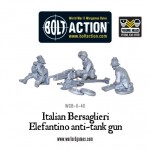 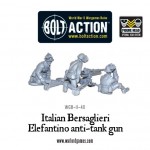 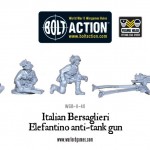 As with the Italian Army version we are supplying two sets of headgear to give you the flexibility you desire.