We were honoured to be asked to produce the special miniatures for this year’s Historicon show in the United States.  The theme of this year’s show is ‘American Civil War – 1863, Year of Decision’ So it was obviously going to be a miniature that reflected that.

There were plenty of discussions and ideas before we alighted on a cavalryman. The next stage was all about the pose and the detail… 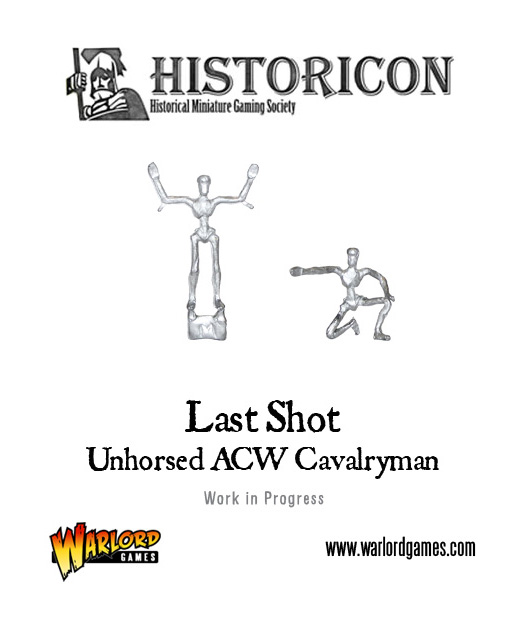 Warlord sculptor, Wojtek Flis started sketching out a few ideas for posing. We quickly agreed he should be kneeling behind the saddle he had retrieved from his fallen steed and taking his last few shots with his revolver.  Wojtek then took one of his armatures (above left) and bent it into the basic pose (above right). 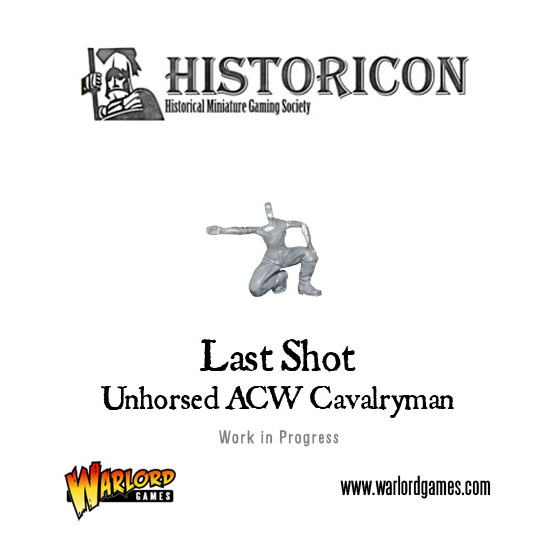 Wojtek then started to add ProCreate sculpting putty, starting with the legs. Throughout this whole process dozens of books and websites were trawled and several discussion with knowledgable individuals plied for information! 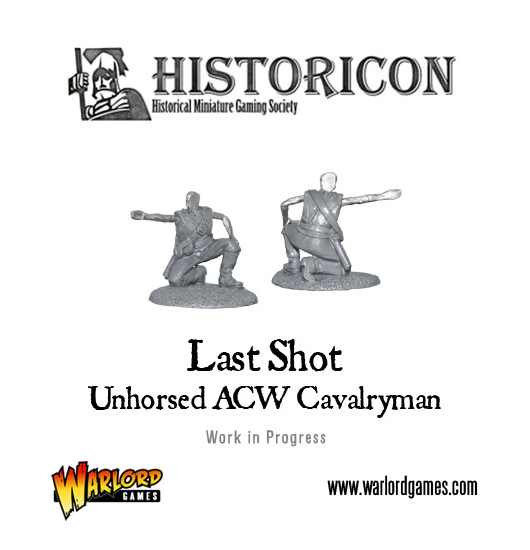 Rather than just a simple miniature. we wanted to make this a very something rather special and came up with the idea of the base being a dioramic piece. This would hold the saddle as well as allowing us to mark the outer with the name of  America’s premier wargaming convention. 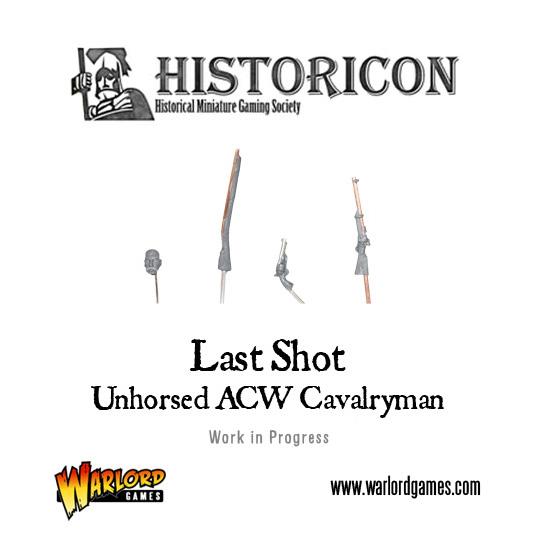 Several components were produced separate from the main figure. The models head was sculpted to resemble that on the Alexandria Confederate Memorial in Virgina after Historicon‘s Paul Delaney sent us this link. Great looking face!

Wojtek also built the weapons separately. The plan was that the miniature would be usable by Confederate or Union players and that the only discernable difference would be the firearm they would carry. This was the element of the project that caused us the biggest headache as there was a lot of contradictory informations as to whether they would carry percussion muskets, Sharps carbines, Halls carbines, Spencer carbines, shotguns, etc!  In the end Paul Delaney came to our rescue and we changed from the percussion musket on the Confederate to a Halls carbine.

Above you can see the work-in-progress before we switched weapons, whilst below are some of the finished elements. 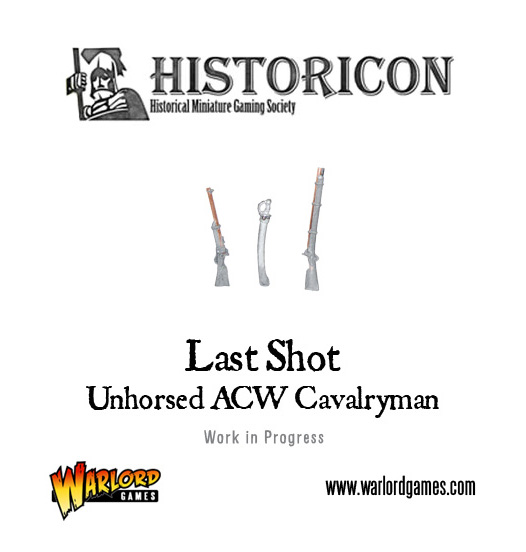