Get the upper hand in Bolt Action night battles with these German Heer with infra-red assault rifles forming a Nachtjäger (‘Night Hunters’) squad. 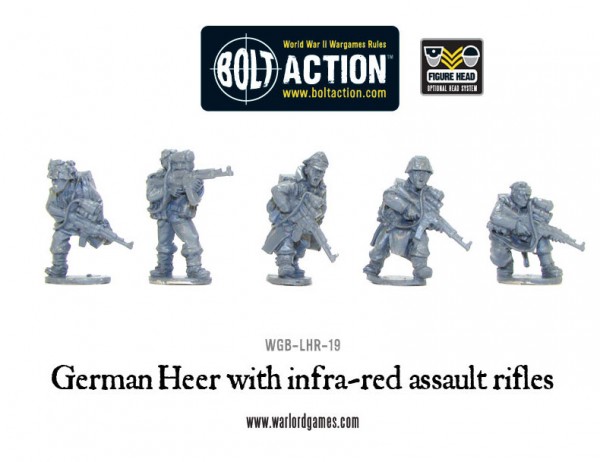 The German military were advanced in their development of infra-red technology, fielding several different units including Panther tanks with infra-red targeting systems led by Sd.Kfz 251 Hanomags with colossal infrared searchlights! 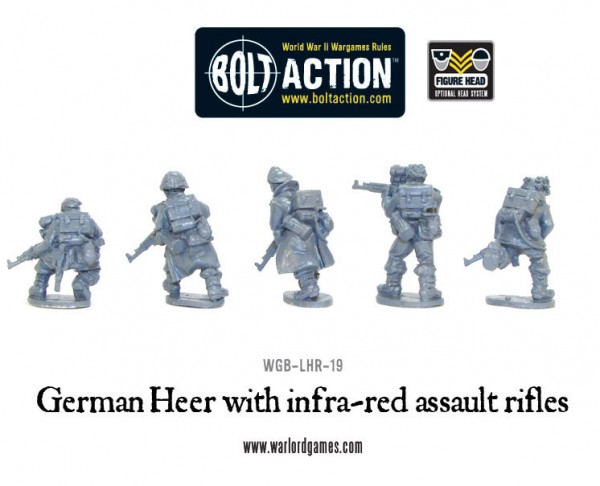 They are the perfect addition to the Sd.Kfz 251/20 Uhu and the Panther ausf G with infra-red sight, and all three are outlined by Alessio Cavatore in his exciting night time operations rules for Bolt Action (see below!). 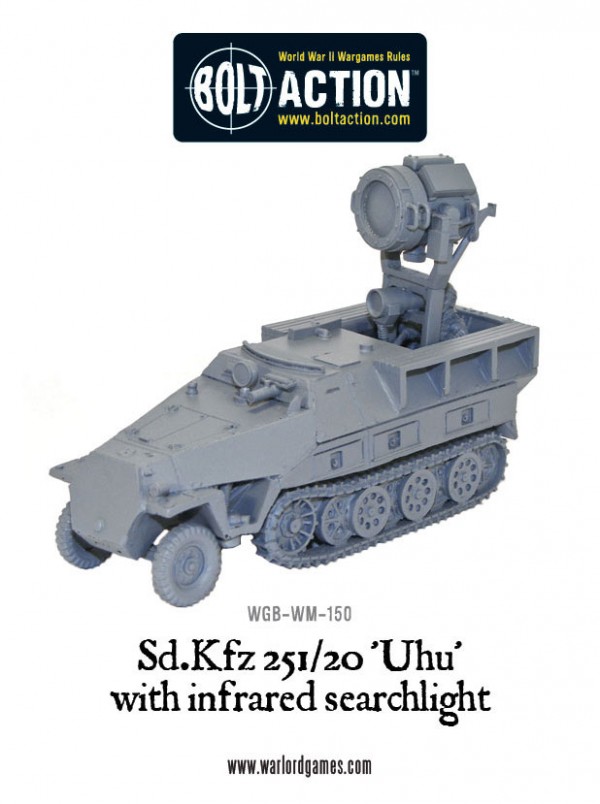 This modified Hanomag armoured halftrack was equipped with night vision and a 600mm searchlight that could illuminate targets much further away than the Panthers’ smaller searchlights. Working in tandem, allied armour was a vulnerable target… 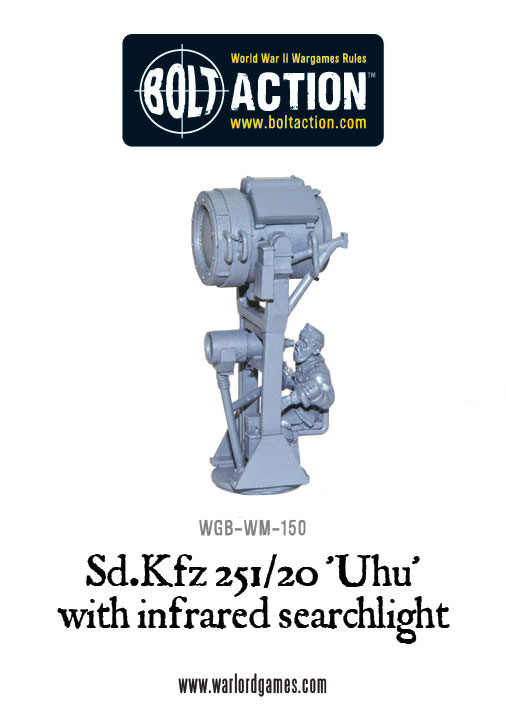 Attached to units of night-fighting Panthers and protected by Nachtjäger infantry squads equipped with night-fighting assault rifles, the Uhu was designed to work in conjunction with the Panthers in order to try to make better use of the long range of their main guns. 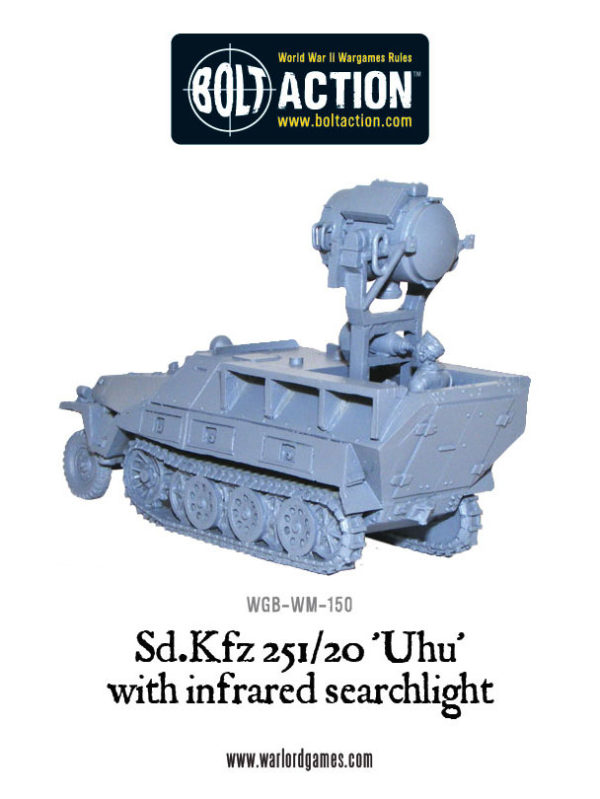 As you can see, our Uhu is highly detailed, with its German operator scanning the landscape for possible targets. The searchlight is made so you can rotate it to the angle you so desire. Anyone handy with rare earth magnets could also make it fully rotatable! 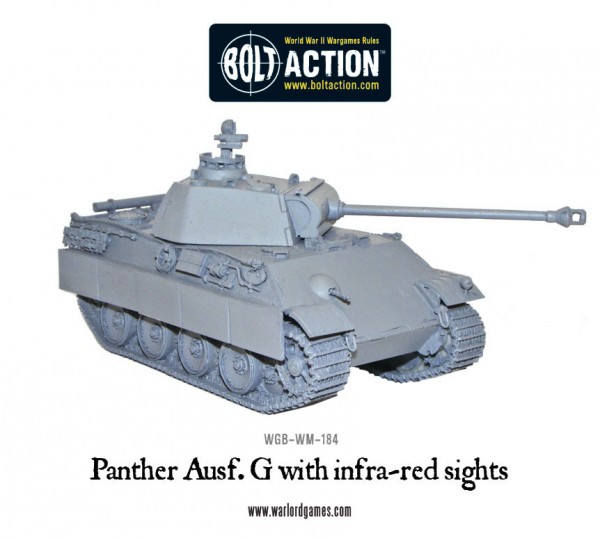 In late 1944, the German army had developed night-vision equipment for his Panther tanks in the form of the Sperber (Sparrow Hawk) system, which consisted of a 30cm FG 1250 infrared searchlight (with a not inconsiderable range of 600m), coupled with an image converter operated by the commander. 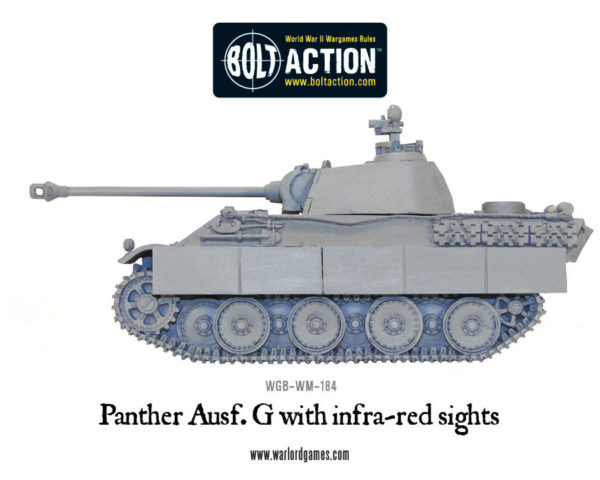 This allowed the tank to illuminate its targets with a searchlight that its crew could see, but the enemy could not – an incredible advantage in night fight conditions. Thankfully for the Allies, not enough of these devices were produced in time to make a difference, and only a relatively small number of these night-vision equipped Panthers saw action on the Eastern front and in the Battle of the Bulge.

Alessio Cavatore has created a set of exciting new rules for fighting your Bolt Action games during night time operations or any other time where you experience limited visibility. 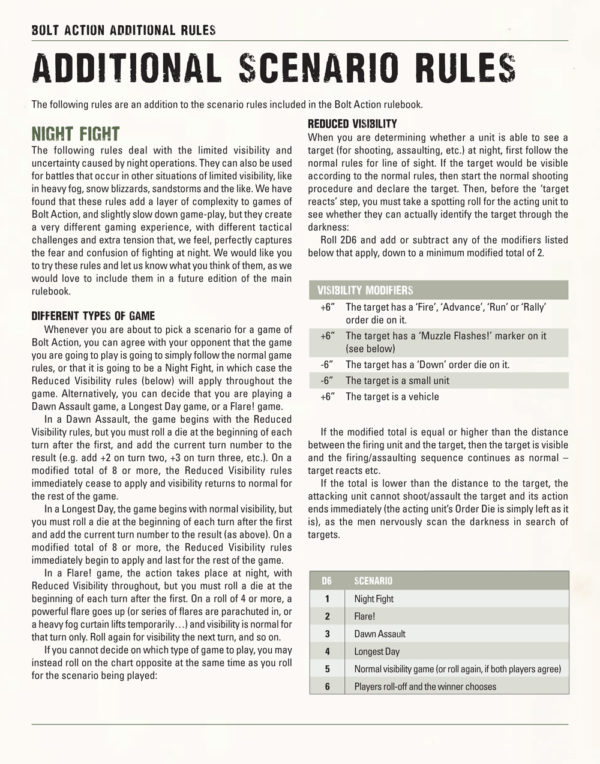 If you and your opponent agrees these rules are used during games that happen at night, and deal with limited visibility and mayhem caused by night operations. As mentioned earlier it can also be used for battle that occur in other situations of limited visibility, like in heavy fog, snow blizzards, sandstorms and the like.

Players can agree that the game is a true Night Fight, and so the Reduced Visibility rules apply throughout the game. Alternatively they can decide that they are playing a Dawn Assault game, a Longest Day game, or a Flare! game. All of this is explained in the PDF download.

It also contain rules for the Panther Ausf G with infra-red sights and the Sd.Kfz 251/20 Uhu infra-red halftrack shown above.