The French army receives new units this week to hold back the German Blitzkrieg – a brand new HQ set as well as the Lorraine 38L armoured carrier: 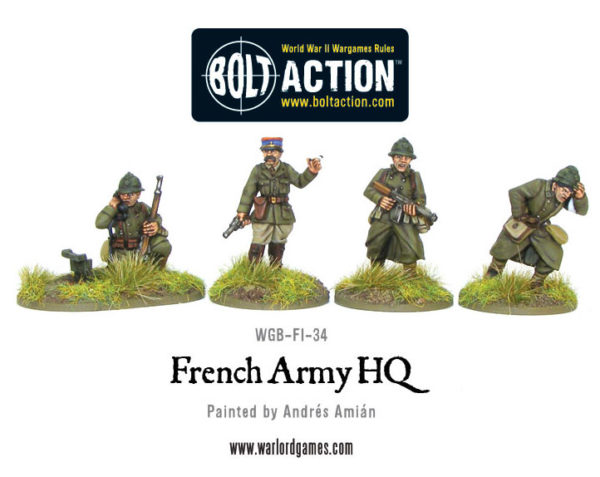 The HQ consists of an officer with pistol (and Gauloises cigarette!), Officer with MAS-38 sub-machine gun, spotter with field telephone and a medic rushing to the aid of fallen comrades. 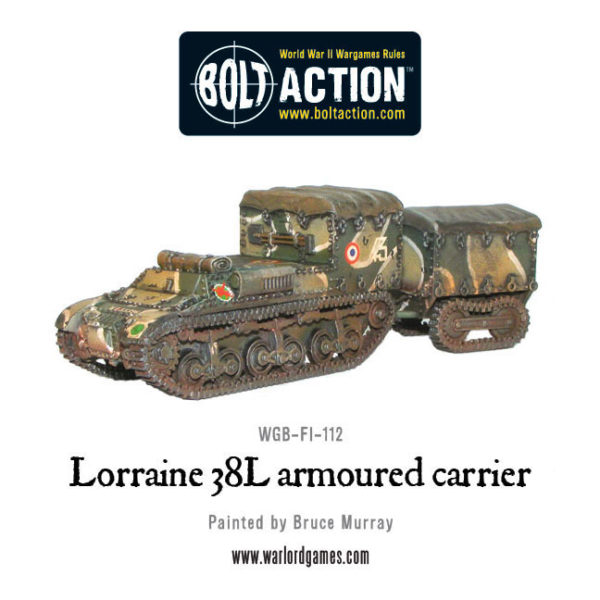 Developed from the TRC 37L tractor, the Lorraine 38L armoured personnel vehicle (Voiture blindée de chasseurs portés 38L) was able to carry the driver and one passenger in the driving compartment, 4 men in its cargo bay and a further 6 in the armoured trailer, making the French army the only force in the Battle for France that fielded fully tracked APCs.

With the Fall of France in 1940 many of these APCs fell into German hands. The Third Reich was not slow to make sue of their new found boon and set about converting them into self-propelled anti-tank guns and tracked artillery pieces – we’ll be bringing you some of those in the near future too! 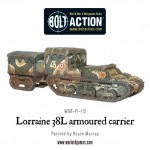 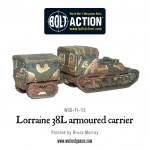 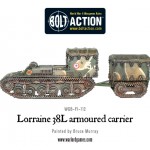