Our latest Bolt Action boxed set is filled with great plastic and metal US Rangers. 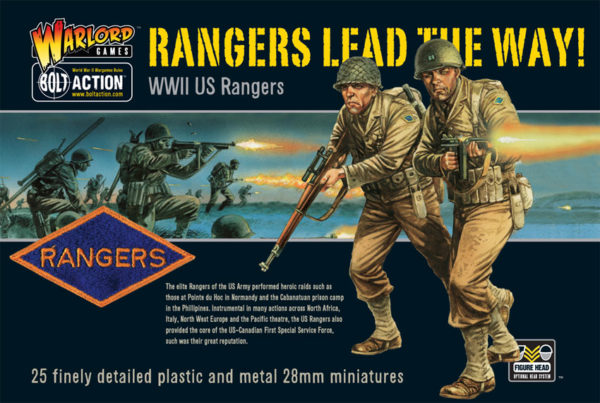 With new weapons such as the M2 flamethrower and Bangalore torpedoes as well as specialist Ranger equipment (wirecutters, mattocks, axes, etc) there are also new helmeted heads some of whom represent familiar faces from the silver screen. Rangers lead the way! 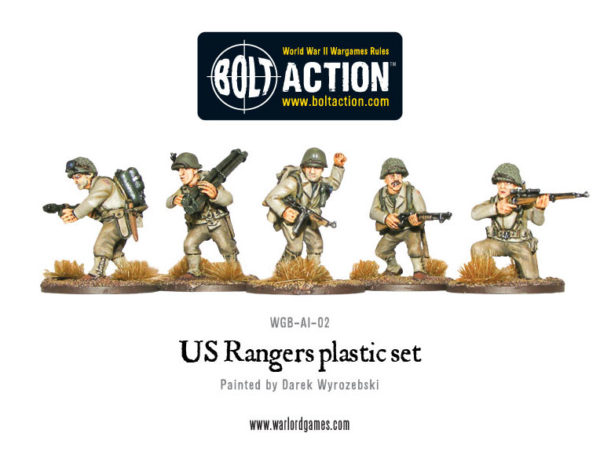 Ordinary men performing extraordinary missions, the highly motivated and highly trained troops of the US Rangers battalions played important roles in almost every major Allied invasion of the Second World War.  Whether spearheading a landing force or scouting deep behind enemy lines, the US Rangers became one of the most legendary units in US military history.

The US Rangers during the Second World War will forever be remembered for their daring assault on the cliff-top German gun battery Pointe du Hoc overlooking the beaches on D-Day. The 2nd Rangers Battalion would scale what the German defenders considered to be impassable, 100 foot tall cliffs by climbing ropes hanging from rocket-propelled grapnels.

Once at the top of the imposing cliffs, and under heavy German fire, they secured the battery site only to find that their intelligence was wrong and the lethal 15.5cm guns were no longer in position, having been moved 500 yards to the rear. Through bold actions and no little bravery, the Rangers located and destroyed the guns before they could bring their deadly payload to bear on the incoming invasion force.

US Ranger forces would continue to play a prominent role in Allied actions for the rest of the campaign and would go on to be immortalised in such movies as Saving Private Ryan and The Longest Day.
The US Rangers truly lead the way… 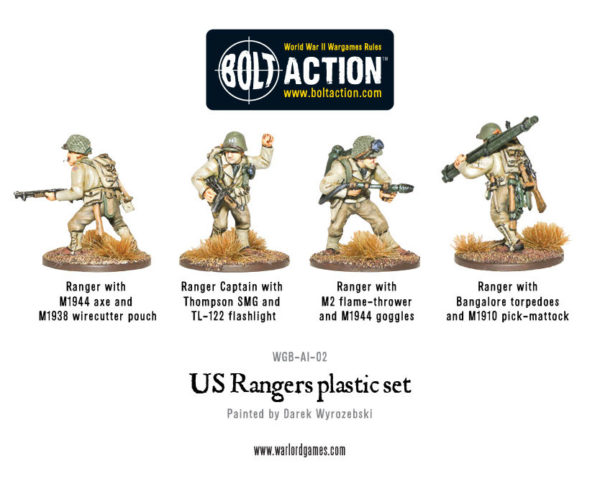