We’ve remastered our Italian Army range and given them the Figure Head treatment. Now we’re ready to release them back into the wild… 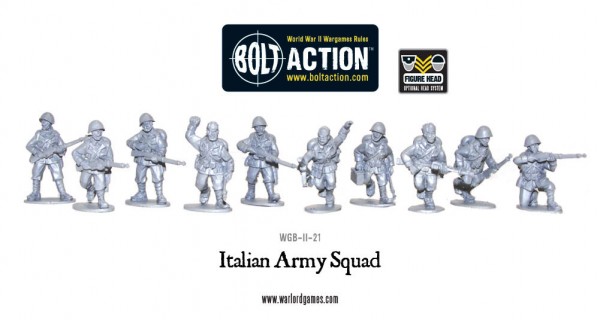 The core of the army is the 10-man squad. Based around a 2-man Breda LMG team, the squad is led by an NCO and supported by 7 riflemen. With a mix of helmets and sidecaps your squads should all look different – especially as there are multiple variants for each troops type (you’ll receive a random selection form 4 different NCOs, 2 different LMG teams and 11 different riflemen!). 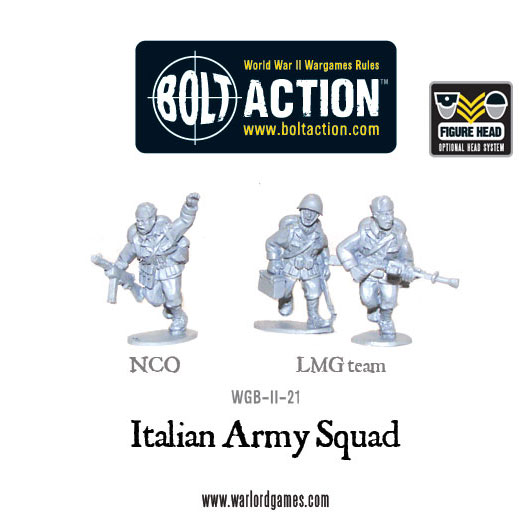 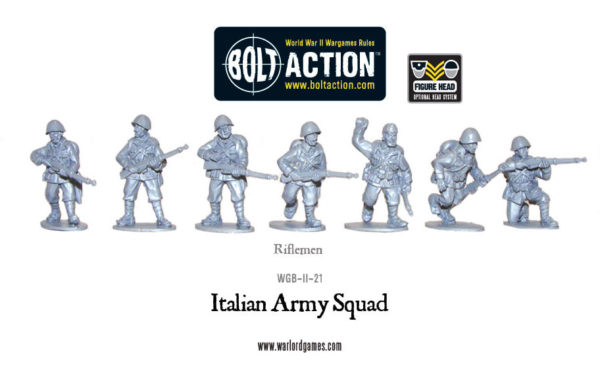 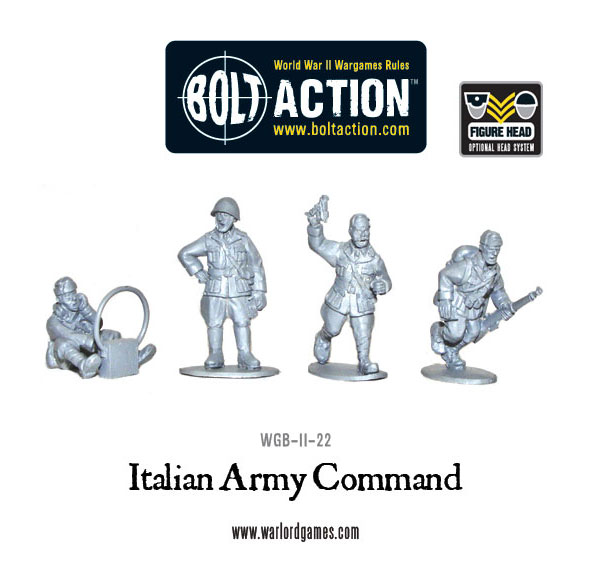 Giving direction to the rankers, this command group comprises of two officers, a radio operator and a runner. Again, a mix of sidecap and helemted heads gives you plenty of options when building your army. 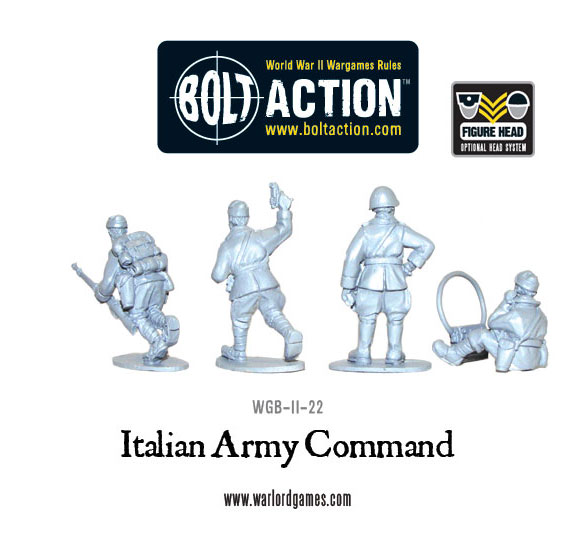 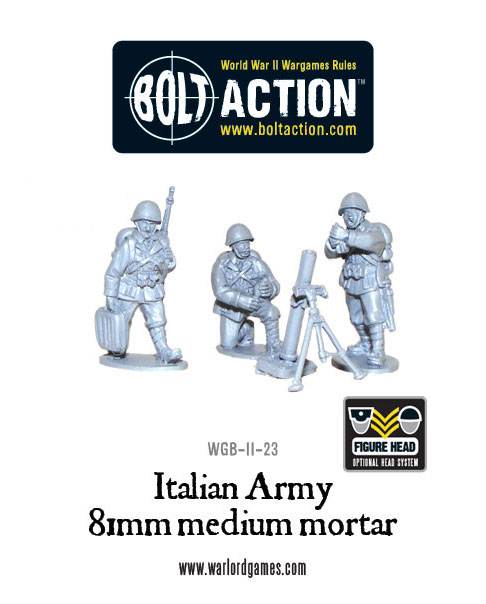 The final release for  this opening batch of Italian Army releases is the 81mm medium mortar. Crewed by 3 infantrymen this will support your advancing squads and keep the enemy’s heads down… 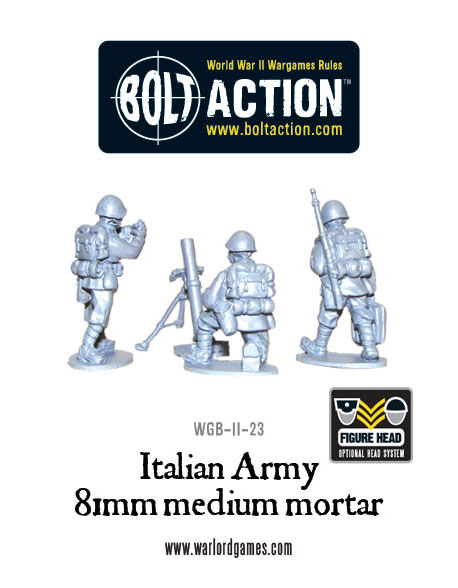 Don’t worry – there is plenty more on the way  for Il Duce’s lads over the next few weeks and months – guns, vehicles, more infantry and more troops types!