Add mobile firepower to your German army with a 2cm flak gun mounted on a sturdy Horch heavy field car. 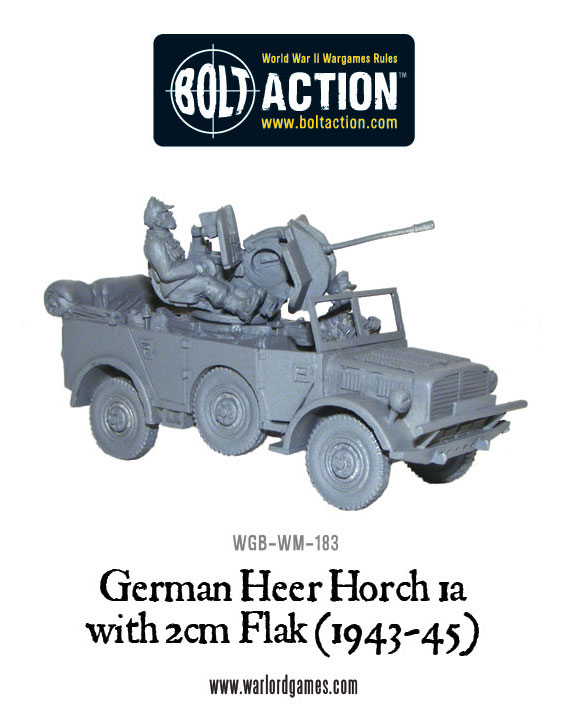 This re-working of our open-topped Horch model, by Darek Wyrozebski, adds the AA gun onto the back of the vehicle (taking up the passenger space). In your Bolt Action battles, it will allow you to quickly reposition the gun in the face of battlefield conditions, reacting to enemy threats as well as moving to the best vantage points. And remember, it will be highly effective against lightly armoured vehicles as well as aircraft!

Produced during the early years of the war, the Horch 1a served throughout the war and in all theatres in which the German army fought – Russian Front, Western Desert, NW Europe etc. The 2cm flak gun was similarly a workhorse for the Wehrmacht, produced in large numbers and a variety of configurations. 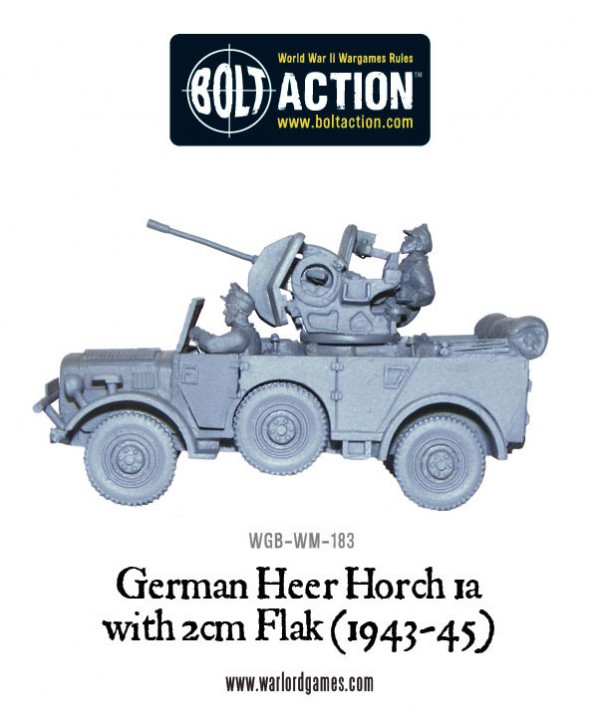 The Horch model is supplied with two windscreen variants – one with a canvas cover and one without.  The driver and gunner are in late war uniforms and both have a separate Figure Head allowing you to position them as you see fit or even swap them for one of our other German Figure Heads.