With the main force of plastic Commandos soon to be upon us we’ve despatched an advance party of metal support packs to pave the way to the mission objective! With heavier support weapons as well of famous heroes you’ll want all of these in your raiding force! 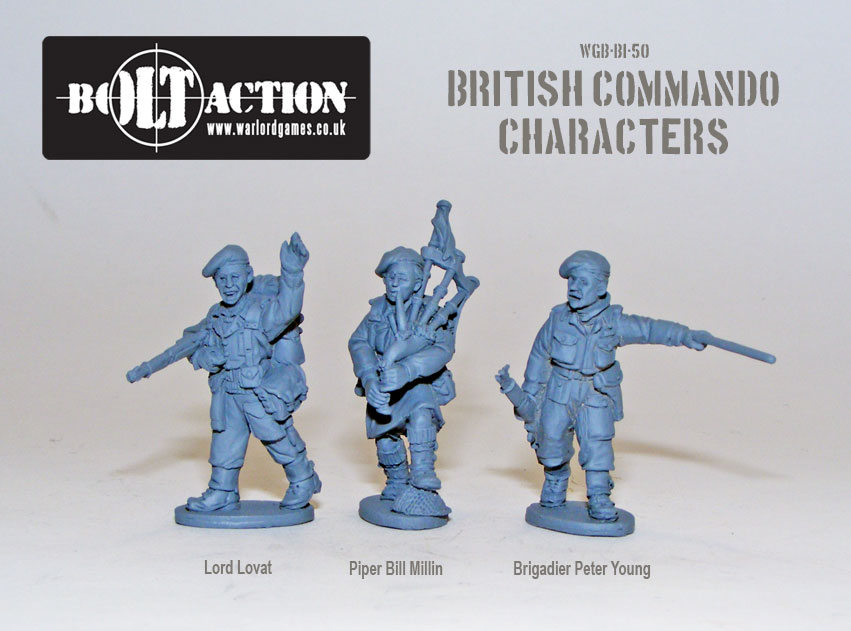 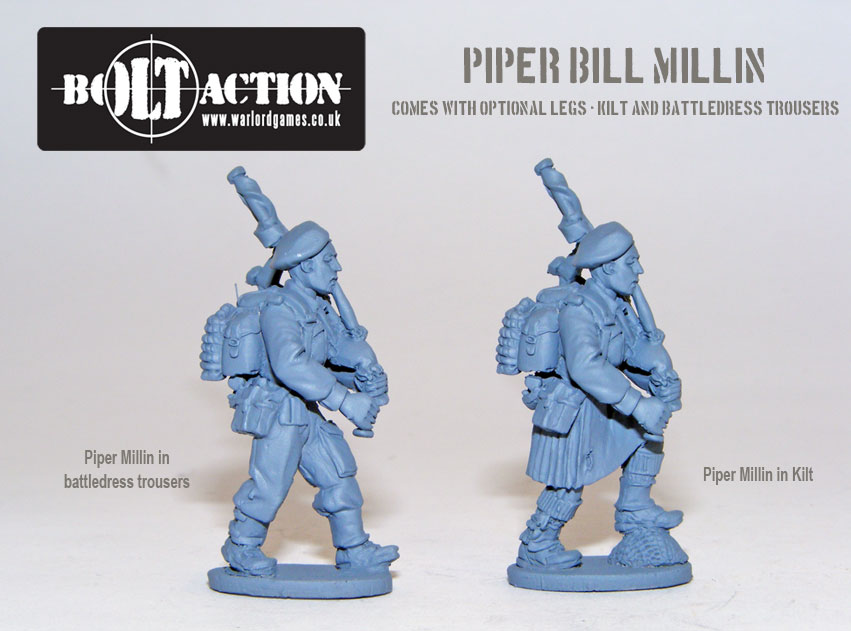 Lord Lovat was one of those characters you couldn’t make up. Tall, handsome and brave, he was born to the task of command, being in fact a Highland Laird. It was Lord Lovat who famously fought his way in land on D-Day to cross the bridges held by the British Paras, carrying a rifle, accompanied by his faithful bagpiper Millin!

Millin was banned from playing when under fire by the English War office but Lovat claimed that it clearly could not apply in this case as they were Scottish! Millin survived cold water and enemy bullets, causing consternation and surprise wherever he went, some think he was not shot at by the Germans as they thought he was clearly insane!

It would seem that Millin came ashore in Kilt but discarded it inland, so we have included both leg variants for troosers and full Kilt.

Finally is the extraordinary maverick Brigadier Peter Young. Amongst Britains’ most interesting and most decorated soldiers, ”The Brig” was legendary in the Commandos. His troop was the only one to fully succeed at the disaster of Dieppe. Charismatic and intelligent, he was quite the pirate, but his men would go to extreme lengths to never let him down. We have him portrayed here with his trusty (borrowed) Garand and cane. After the war he went on to be a top historian and write a best selling book about war gaming! 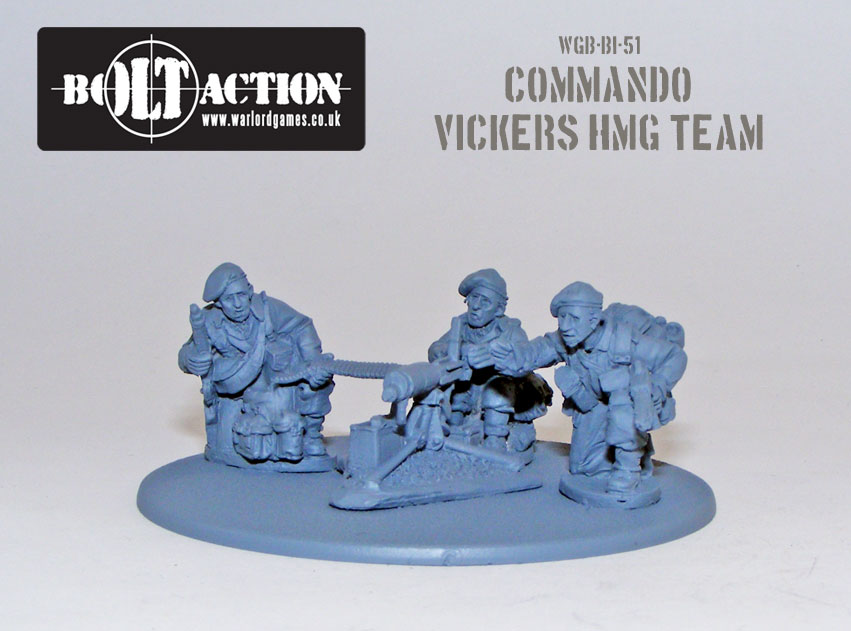 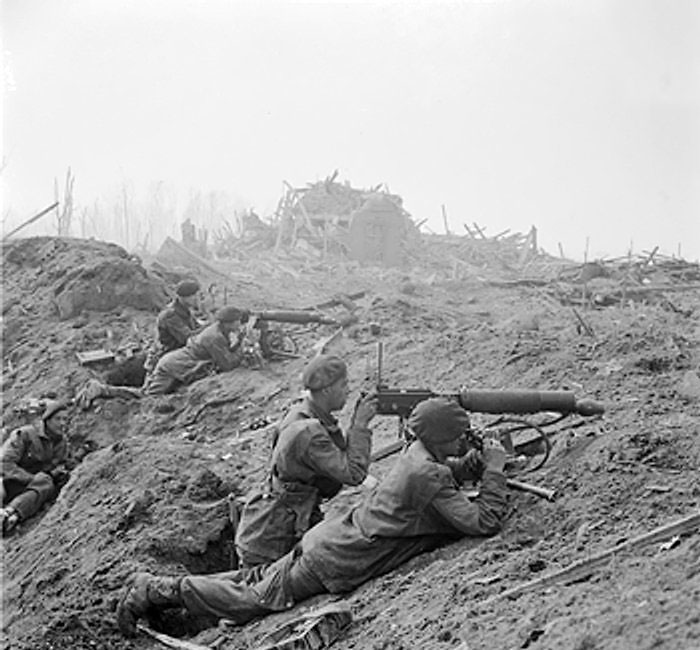 Whilst the Commandoes did a lot of raiding and slitting of German sentry’s throats in WW2, they also fought in epic pitched battles requiring heavy kit to make Jerry and his henchmen keep his head down!

This then is the Vickers machine gun. Given enough belts of 303 ammo and enough water to cool its barrel, this reliable gun would fire indefinitely. It is served by 3 crew. 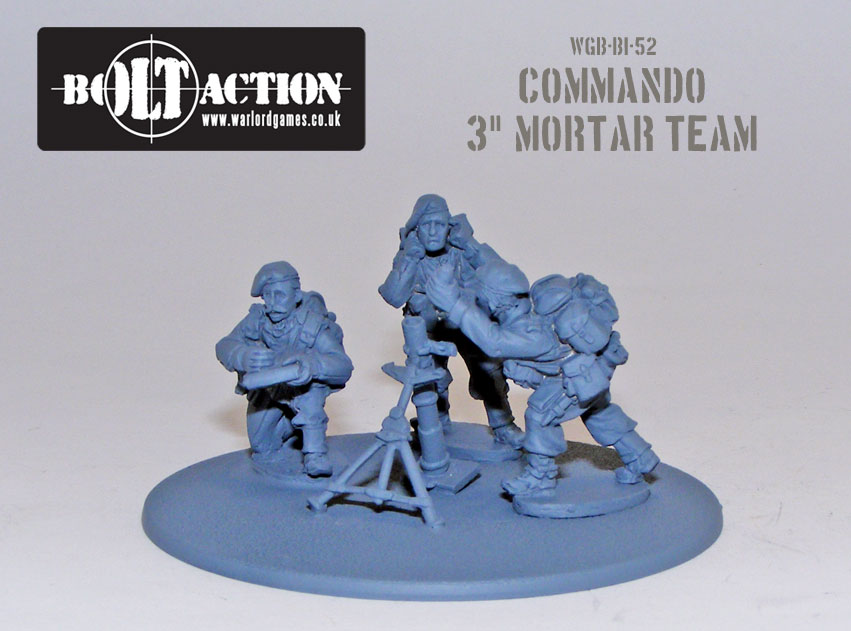 When the Vickers gun couldn’t get a bead on the Boche, the good old 3” mortar was brought into action lobbing its lethal shells high before whistling down to spray shrapnel on those not able to find cover in time. The three inch mortar was used in all theatres by the Commandos and was a reliable and hard hitting weapon. The Warlord model is served efficiently by its crew of three.

Get a Mortar Team in the webstore here!