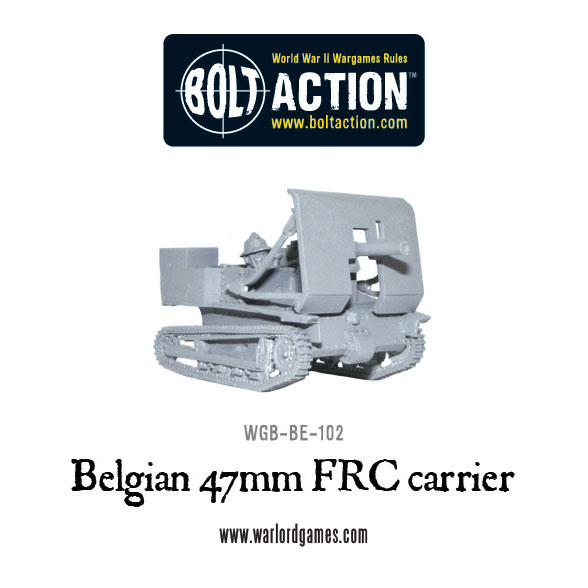 The 47mm anti-tank gun made by the Fonderie Royale de Canons (FRC) was an artillery piece developed in 1931 for the Belgian army which saw widespread service in the Battle of Belgium in 1940. It was colloquially known as the “‘Quat’sept” (Forty-seven) by the soldiers that used it. Given its good armour penetrating capabilities, the ’47’ could penetrate the 30 mm armour of the German Panzer III and Panzer IV tanks from a range of over 500m.

A small number of the FRC 47mm were mounted onto the ubiquitous British Carden-Loyd Mk VI tankette.

The tracked carrier allowed the gun to manoeuvre and reposition and the heavy gun shield gave reasonable protection to the crew. The shield could also be raised to give better visibility while away from enemy fire (the gun shield on the model can be swung up and down too!).

Although proving to be unsuitable for the mountainous terrain covered by the elite Chasseurs Ardennais the FRC Carriers were redeployed to a border guard regiment, seeing action during the German invasion of Belgium in 1940. 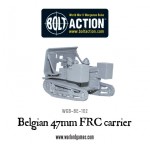 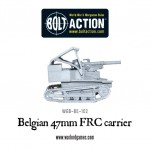 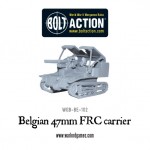 Check out our full Belgian Army range, and remember the Bolt Action rules for Belgian forces can be found in the France and the Allies book.