Out today for Beyond the Gates of Antares, we have reinforcements for the Algoryn Prosperate – the Armoured Infantry squad as well as X-Launcher and Plasma Cannon teams, and Targeter Probes: 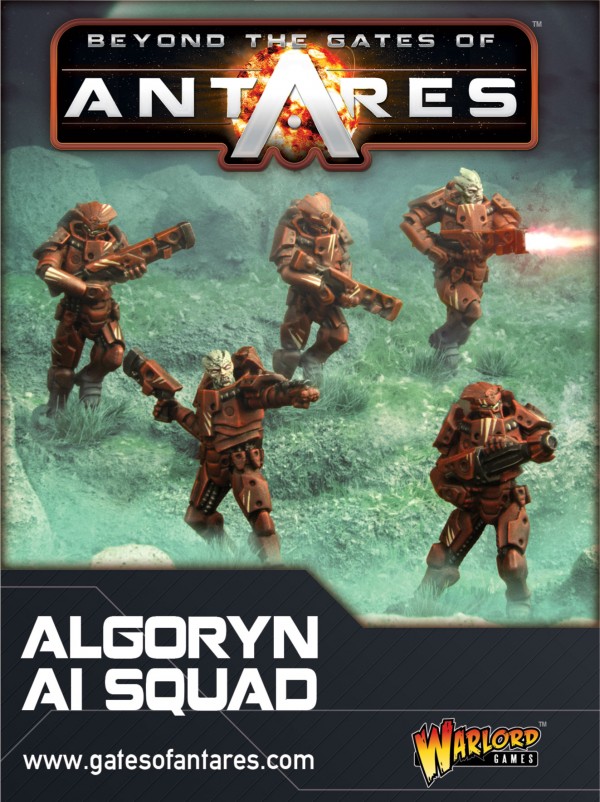 The Algoryn are a proud warrior race confronted on all sides by merciless and powerful enemies. Every aspect of their society is geared towards defending the worlds of the Algoryn Prosperate from the terrible threat that surrounds them. Engaged in constant warfare for hundreds of years, the Algoryn are naturally amongst the most battle-hardened troops in all of Antarean space. It is well for them that they are physically tall and robust, with tough protective scales upon their heads and upper bodies, a result of the mutating effect of their homeworld’s erratic double suns that periodically spew searing radiation onto the planet’s surface. 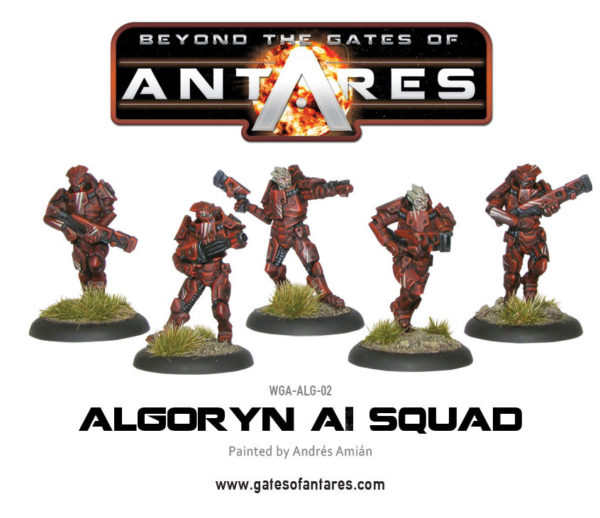 The Armoured Infantry – better known as the AI – are the elite forces of their race. Amongst a people as proud as the Algoryn it is esteemed a great honour to fight as part of the AI. They are the first to confront any enemy incursion and the last to abandon even the most hopeless of positions. They carry rugged, practical weaponry in the form of mag guns and micro-X launchers, whilst their leaders are armed with mag pistols and devastating X-slingers designed for short range fighting. Their armour combines lightweight armoured plates and reflex field generators that enwrap the wearer from head to foot. 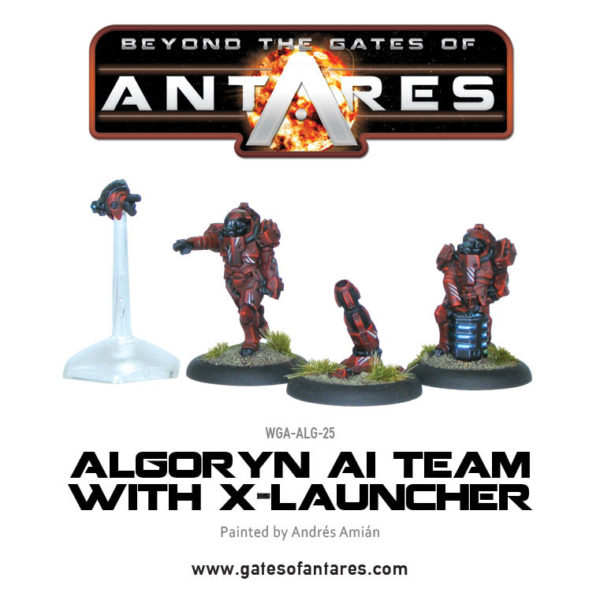 Meanwhile the plasma cannon is the most powerful of the various support weapons available: 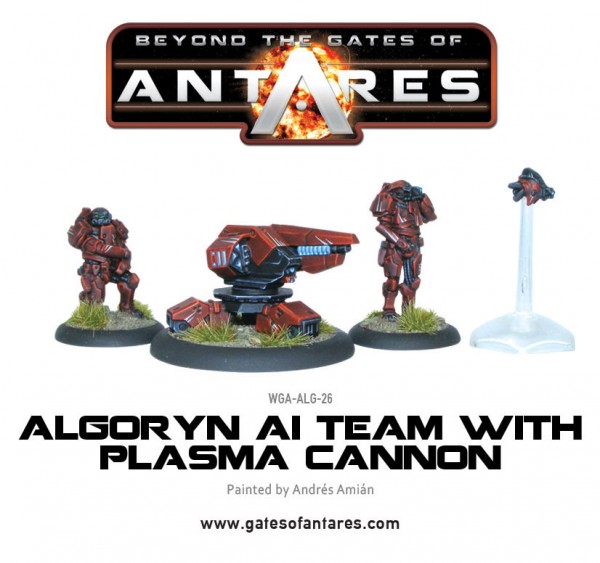 Targeter Probes seek out enemy units making it easier for Algoryn troops to destroy them: 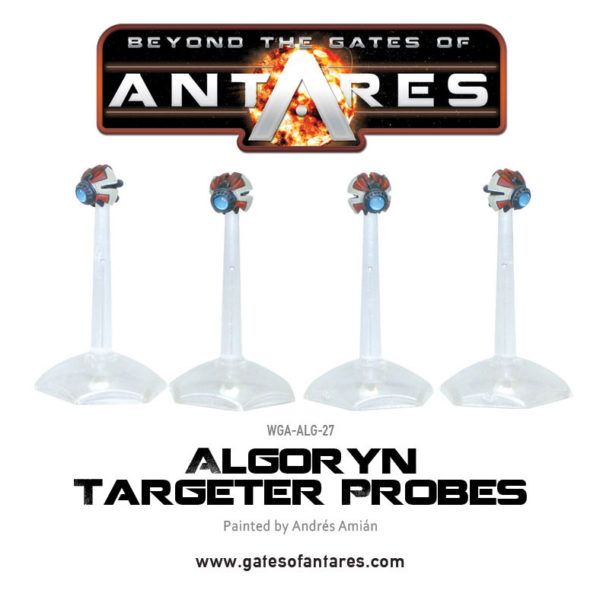