This week we’ve added two of the iconic aircraft of the WWII Desert period to our arsenal – the Hurricane MKII Tropical from No.6 Sqn. Egypt 1942 and the Messerschmitt BF109E Tropical of 2/JG27 Gazala 1941. 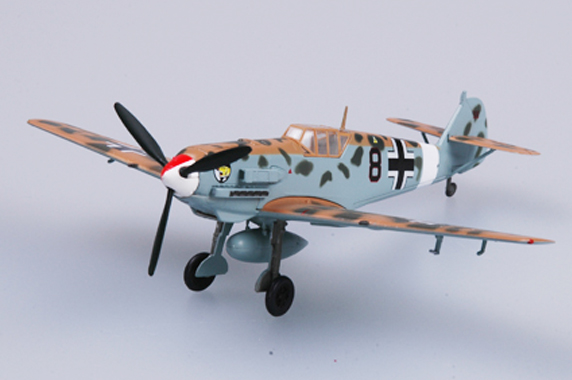 The Bf 109E was the standard Luftwaffe fighter at the start of the Second World War. A familiar sight to British pilots as it was the only single engined Luftwaffe fighter in use during the Battle of Britain, where it proved to be the equal of the Spitfire, and superior to the Hurricane. Replaced by the 109F during 1941 the remaing E variants were sent to Africa and the eastern front.

The 109E-3 reached its maximum speed at 12,000 feet, where it could reach 354 mph or 570 k/ph. The Spitfire I was slower at this height, but could match or possibly beat this speed at 19,000 feet. As the attacking force, the Germans were largely able to control at what height the battles between these two aircraft occurred, giving the Bf 109E a slight speed advantage.

On 14th April 1941 the BF109E/Trop’s of JG27 arrived at Ain el Gazala airfield in North Africa. While in transit to Sicily, where their aircraft had been tropicalised, JG27n had briefly carried out missions in the Balkans. Tropicalisation involved fitting a dust filter over the supercharger air intake and provision being made for emergency desert survival equipment including a carbine. 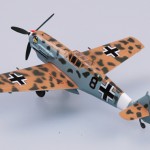 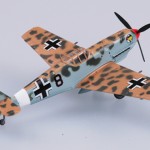 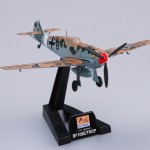 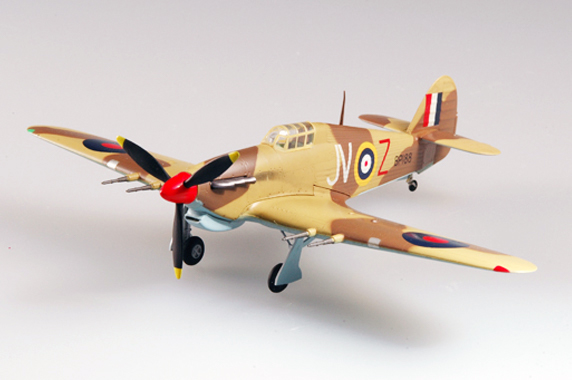 The Hurricane Mk II first entered front line service in September 1940, in time to take part in the later stages of the battle of Britain. The Hurricane Mk II appeared in more variants than any other model of the aircraft, by October 1941 the Mk II equipped 57 home squadrons, with a further 25 overseas squadrons having received it by the end of the year.

The Hurricane IIA Series 2s armed with four 20 mm (.79 in) Hispanos become the Mark IIC in June 1941, using a slightly modified wing. The new wings also included a hardpoint for a 500 lb (227 kg) or 250 lb (113 kg) bomb, and later in 1941, fixed 40gal. fuel tanks. By then performance was inferior to the latest German fighters, and the Hurricane changed to the ground-attack role, sometimes referred to as the Hurribomber.

During the five-day El Alamein artillery barrage that commenced on the night of 23 October 1942, six squadrons of Hurricanes, including the 40 mm cannon-armed Hurricane Mk.IID version, claimed to have destroyed 39 tanks, 212 lorries and armoured troop-carriers, 26 bowsers, 42 guns, 200 various other vehicles and four small fuel and ammunition dumps, flying 842 sorties with the loss of 11 pilots. 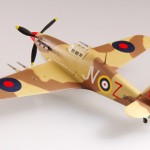 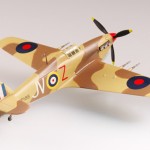 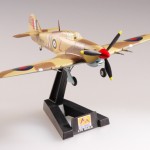 We’ve also had a healthy re-stock of our existing range of planes, so if your observer teams need a little extra air power, now is the time! 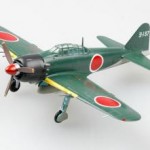 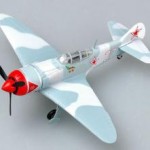 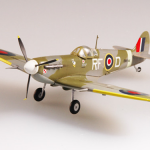 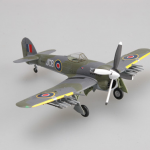 …and don’t forget to check out the optional rules pack for using Warplanes in Bolt Action to add another dimension to your your games! 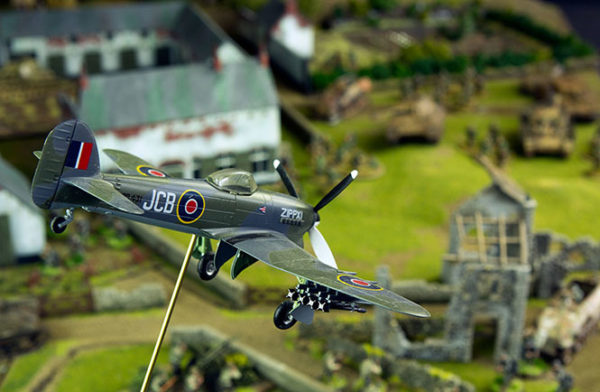