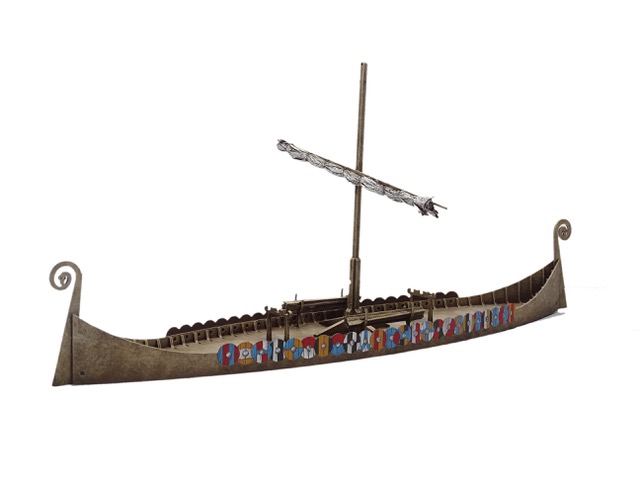 This waterline longship is gaming 1:56 scale – measuring 50cm long and 10 cm wide with a mast height of 20 cm from the deck.

A longship of this size is great for ship to ship combat or making an imposing addition to your terrain collection either having landed on a beach or sailing up the river. It is the perfect accompaniment to either Viking or Saxon forces – either culture would have used a ship of this design.

The Vikings’ ability to strike without warning deep into the heart of enemy territory means you’ll not need much of an excuse to get fighting!

This set contains one MDF and card Longship plus shields and oars. It is unpainted and will require assembly. Figures for scale only & not included. 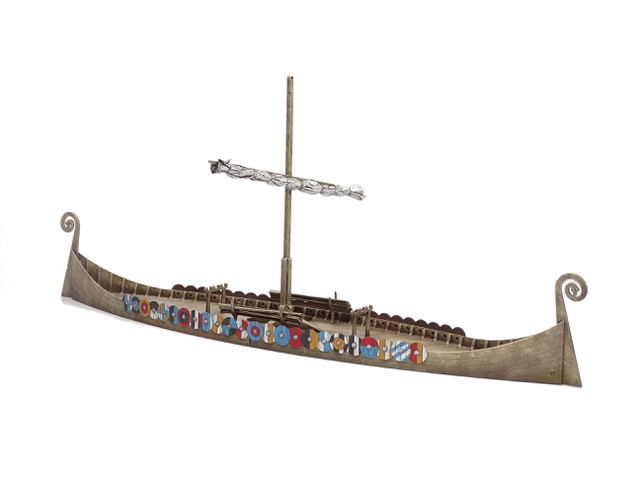 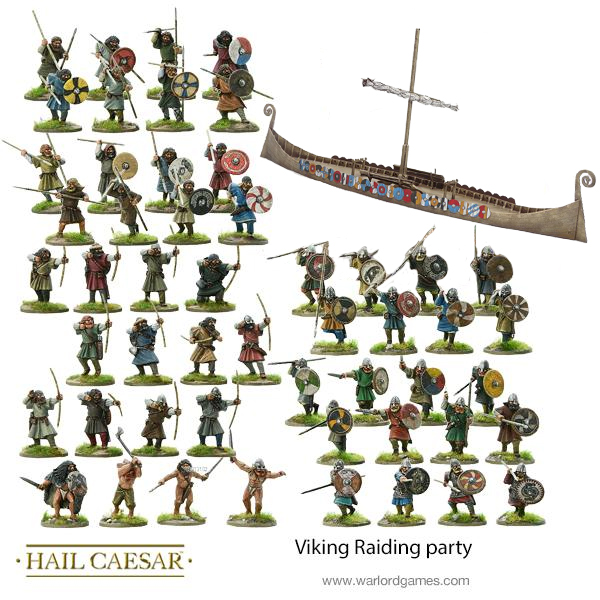 From the end of the eighth century AD, Vikings originating from Scandinavia regularly appeared in Great Britain and on the European mainland on raiding expeditions in their Longships. This complete set gives you everything you will need to begin your raids as a perspective Earl.